The Kenya Petroleum Refineries Limited has been left with barrels of crude oil that were transported to the facility in 2019 and 2020 from Turkana for export but had not been sold by the time the pilot programme ended last year.

The refinery, which had refurbished some tanks and other facilities to store the Lokichar oil, could be holding as much as 150,000 barrels of crude that had been trucked to Mombasa.

The Early Oil Pilot Scheme (EOPS), a project to test some aspects of Kenya’s oil including market reception, commenced mid-2018 and ran through to June 2020. Over the period, Tullow Oil, which is the operator of the oil blocks in Turkana County, said it had trucked 350,000 barrels of crude oil.

The cargo exported in August 2019 was 200,000 barrels. It turned out to be the first and only cargo to be exported. There were expectations that there would be another export cargo and Tullow had continued trucking crude oil to KPRL but by the time it announced that the two-year period for the implementation of EOPS lapsed, no other cargo had been exported.

“The tanks at KPRL are still holding crude oil that was delivered from Turkana under EOPS. The plan was to accumulate enough parcel of crude oil for second export, but this plan was disrupted by emergence of Covid-19 pandemic,” said the Kenya Pipeline Company (KPC), which has been leasing the KPRL facilities for about four years now.

It is not the first time that KPRL finds itself with a hard to sell cargo. In 2013 after it stopped refining, it was left with some 400,000 barrels of crude oil that had been imported by oil marketing companies for refining and sale to the Kenyan market.

Then oil marketers were required to refine a portion of the petroleum products that they sold locally at KPRL. The refinery shut down before the cargo could be refined and the tanks have since been holding this cargo.

KPC played a critical role in the refurbishing of the tanks to hold the crude oil from the oilfields of Turkana.

It still expects the oil would be exported, after which it said it will make alternative use of the facilities that had been refurbished for use during implementation of the EOPS.

The State-run pipeline company had refurbished three tanks at KPRL, with a total capacity of 42.9 million litres, as well as modified the Kipevu Jetty’s import equipment to allow for its use for exports. It had also installed a steam boiler for the heating of tanks and pipelines, equipping them to handle the Turkana crude oil.

“Once the crude oil resident at KPRL tanks is exported, the tanks and facilities will be put into alternative use,” said KPC.

Despite KPC’s expectations that the crude oil will be exported soon, it might stay at the refinery for some time.

On June 2, 2020, Tullow said it had stopped the pilot project following the end of the two-year contract.

Tullow further said it had been dismantling the equipment that had been used for the pilot project, an indication that the pilot is a done deal as far as the company is concerned.

It added that it had achieved the objectives of the project, which was primarily to offer learnings that would inform implementation of the oil project at the commercial scale.

“During 2020, EOPS successfully completed two years of production and all the required reservoir and production data gathering was completed as planned,” said the company in its annual report for the year to December 2020.

“Tullow and the joint venture partners then closed down EOPS and demobilisation of all rental equipment was completed. The reservoir and production data gathered during EOPS is now being used in redesigning the full field development concept.”

In the annual report, the company said it had produced and trucked more than 350,000 barrels of crude oil from the Ngamia and Amosing fields, which also helped the firm understand the nature of the reservoir that will come in handy when implementing the commercial project.

EOPS was plagued by challenges and even before the lapse of the contract period, the company had severally been forced to stop the project owing to different factors. These included poor state of roads washed away by heavy rains especially in Turkana and West Pokot counties as well as differences with the communities, who had at times blocked the trucks from carrying the crude oil.

The company had not trucked much oil to Mombasa between December 2019 and June 2020, having put the project on hold owing to poor road conditions after heavy rains that made the roads impassable.

This resulted in the company being unable to export the second batch of crude in February last year, where the country, buoyed by the success of the first export, expected to export an even larger cargo of 500,000 barrels of crude oil.

The first consignment of 200,000 barrels of crude oil exported in August 2019 was sold to Chinese firm ChemChina at Sh1.2 billion.

The cargo was exported under much fanfare, with President Uhuru Kenyatta flagging off Celsius Riga, the ship that carried the crude oil from the Mombasa Port to Malaysia.

This was seen as a critical moment, with government communication equating it to Kenya joining the league of petroleum exporting countries.

The early oil project was also criticised as one that required heavy investment but most of the infrastructure and equipment used for the pilot would be useless in the commercial phase. 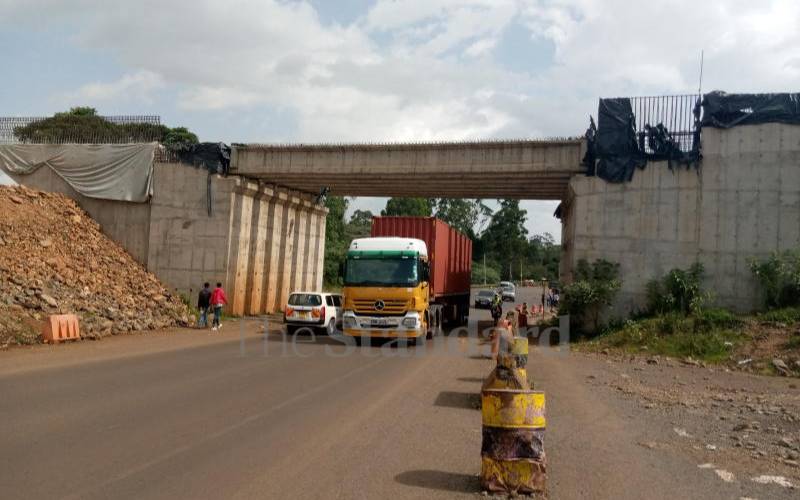