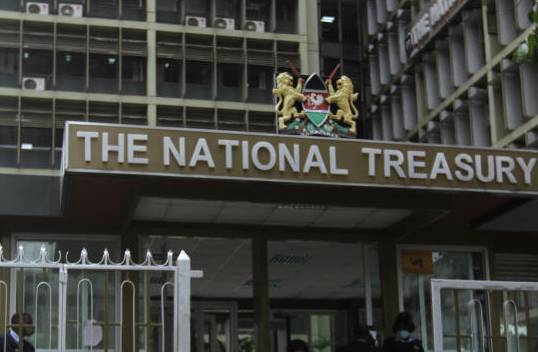 The national government recorded a rare drop in recurrent expenditure for the first quarter of the current financial year.

According to the National Government Budget Implementation Review report by the Controller of Budget, the spending dropped by 4.5 per cent between July and September.

Recurrent expenditure has been a major drain on the State’s revenue, with National Treasury Cabinet Secretary Ukur Yatani recently admitting that the spending had become unsustainable.

The report attributed the decline to containment measures instituted by the government in a bid to curb the spread of Covid-19.

“The gross recurrent expenditure of Sh420.9 billion represented 18.4 per cent of recurrent gross estimates, which was a decline compared to 22.9 per cent achieved in the first quarter of 2019-20 financial year,” said Contrller of Budget Margaret Nyakangó.

“This was attributed to the impact of Covid-19 mitigation measures adopted by the government to curb the spread of the disease.”

The push by President Uhuru Kenyatta’s government to improve key infrastructure saw an increase in the development expenditure.

The development vote head of the national government posted a 72.5 per cent increase with an absorption rate of 27.2 per cent.

The State spent Sh172 billion, a jump of Sh73 billion from the same time last year.

During the same period, government receipts to the Consolidated Fund declined by 5.6 per cent to Sh602 billion. This represented 21.3 per cent of the annual target of Sh2.83 trillion.

Taxes and domestic borrowing were the highest contributors to the fund.

The lengthy dispute over the counties’ resource allocation formula hindered the full disbursement of money to the regions. “Counties received the lowest percentage of exchequer issues due to delayed disbursement of funds that was occasioned by delay in the approval of the county revenue allocation formula for the 2020-21 financial year by the Senate,” said Nyakang'o.

She said the delay of budget performance reports by counties was hindering budget oversight by her office.

“Delay in submission of budget performance reports to the office of the Controller of Budget resulting in the delay in reporting and consequently affecting budget oversight,” said Nyakang'o.