There are more trees than stars, welcome to World Statistics Day 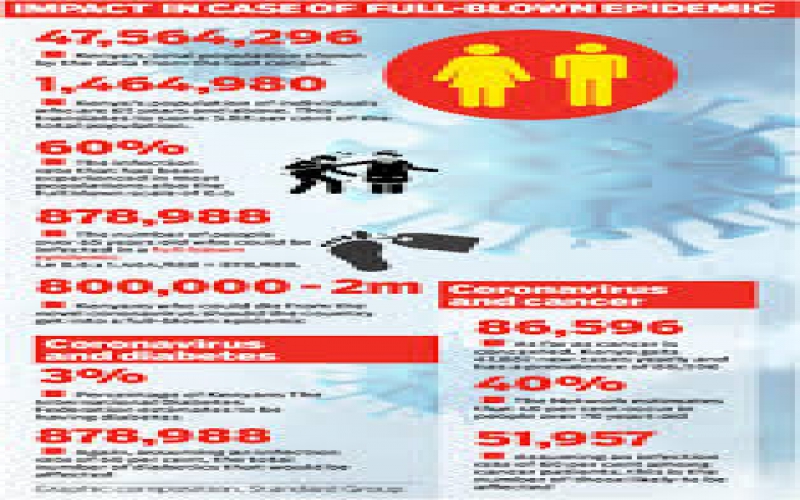 World Statistics Day is an international day to celebrate statistics. Created by the United Nations Statistical Commission, it was first celebrated on 20 October 2010. The day is celebrated every five years.

Below, some interesting statistics as you mark the day.

What about matters internet?

According to https://review42.com/internet-statistics-and-trends, in 2019, there were 4.39 billion internet users

3.48 billion of them were on social media.

As of September 2019, there were more than 1.7 billion websites and more than 90,000 websites get hacked every day and, over 4.2 million blogs and 500 million tweets were published daily.

Moving to the matters, according to https://brightside.me/,  which also the source of the figures below, several studies between 2008 and 2012 on over 45,000 heart patients have shown that heart attacks follow a pattern.

The stress of returning to work on Monday of a Netflix and chill filled weekend make many people dread Mondays. The study found that heart attacks are lowest on weekends, significantly rise on Monday and drop from Tuesday onwards.

Fewer stars in the Milky Way than trees

According to World Atlas, scientists have been able to establish that there are far more trees on earth than stars inn the sky. Today, there are approximately 3 trillion trees and 400 billion stars.

Hong Kong’s population has the lowest percentage of children

The Administrative region of China has only 11.9 per cent of children making up its population compared to Kenya with 39 per cent of the population being children and, did you know that Bangladesh has bigger population than Russia even though it’s 115 times smaller.

The small Asian country could fit into Russia’s expansive space 115 times yet it has 16.9 million more people. Also, did it ever occur to you that  James and Mary are the most popular names?

For more than 100 years, James for boys and Mary for girls have been the most popular names. There are more than 4.7 million people called James and more than 3.2 million others called Mary. Second on the list is John and Patricia. We are not sure whether this applies to China or India.

Although they are called gold medals, the award coveted and given to top athletes has only six grams of gold and roughly 92.5 per cent silver. The last time an Olympic medal was made of pure gold was in 1912 at the Summer Olympics in Sweden.

As we compete for medals, in the past 1000 years, the world population has grown 52 times bigger.

While children make up 10 per cent of the world’s population, more than 40 per cent of the global burden of disease falls on them. More than 10 million children under age five die from preventable diseases while another 3 million die from environmental factors.

And, believe it or not, 0.3 per cent of solar power in the Sahara Desert can power the whole of Europe

Scientists have marvelled at the possibility of tapping the unlimited power of the Sahara solar energy for the production of clean energy for Europe.

When speaking to Euroscience Open Forum in Barcelona, to Arnulf Jaeger-Waldau from the European Commission’s Institute for Energy, said it would require the capture of just 0.3 per cent of the light falling on the Sahara and the Middle East deserts to meet all of Europe's energy needs.

Across the Atlantic, in the United States of America, 1,700 people become millionaires every day.

On a sad note, pollution is one of the leading global killers and affects over 100 million people with effects comparable to major diseases such as HIV and malaria. The effect spreads to animals where it kills over a million seabirds and 100,000 sea mammals every year.

How To Secure Your Cryptocurrency Wallet With Yellow Card Kenya

Firms are ‘selling’ your personal data without consent
Feedback