From Seoul with soul

They say a prophet is not respected in his own home, but Pastor Ock-soo Park, is an exception. The founder of the Good News Broadcasting Station (GBS) is revered globally — from Korea, his homeland, to Kenya, his mission’s biggest base in Africa.

On a lightning visit to the station’s premises in the Garden Estate area of Nairobi, so busy was Pastor Park’s schedule that this writer had to conduct the entire interview at the back of a GBS minivan on the way from Thika Road to town, by the fading light of dusk.

For once, the thick Thika Road traffic was a blessing in disguise.

"I was born in 1944," Pastor Park tells me, dapper in manner, his speech rapid and voice firm with the certainty of one used to telling a unique life story many, many times.

"Not a fortuitous time to be born in Korea, because the Axis armies of Imperial Japan invaded the country, and there was a lot of mass suffering and starvation," he says.

Of course the Americans ended World War II against the Japanese by bombing Nagasaki and Hiroshima in August 1945, but if Korea thought its political problems were over, it was bitterly disappointed.

"I can’t recall a single happy moment in my childhood," Park says, a faraway look in his eyes. "Not a single one! My father had been killed in the war. We were always half starved. Then, when I was eight years old, tragedy struck again."

Park’s life, certainly, has been no walk in the park.

In 1953, Korea was plunged into civil war as the communist North and capitalist South fought it out for political supremacy. Death and famine stalked the land, including the family of mother, two girls (aged 15 and 13), 17-year-old Park and their four-year-old brother. Then his mother got stomach cancer and passed on.

"Now we were hungry orphans in a war-torn nation," he recalls.

"No hope, not knowing what would happen next in this life, begging for food. I remember my teenage sisters and myself crying ourselves to sleep almost every night and our younger brother not knowing what was going on but joining in nonetheless."

When he was just 17, Park joined the South Korea army as a volunteer.

"I was not so smart, not so well educated, not outstanding, life had not been kind. No hope, no job, so why not?"

He says he really felt like a sinner who deserved all the trash life had thrown at him, that he was not a good person.

"On that day, I asked Jesus to come into my life and change me. I have had only two kinds of life. The one I had from when I was born until that October, which was no life at all. Then the life I have had from then until today."

With the gospel foundation he had in various mission schools, Park set out to preach and introduce Jesus into the lives of his fellow Korean soldier conscripts.

For the first, but not last, time during our congenial van interview, pastor smiles: "When I asked our commanding officer for permission to preach to the new trainees, he was pleased. Relieved even. Not because he was a staunch Christian himself, no, but he figured with the gospel, he would have better, more obedient young soldiers, less trouble all around," he says.

Park served in the army for three years and earned converts among the young recruits "through the Grace of God".

Fast-forward to 1993. There is an exhibition in Korea and Kenya has sent a delegation of 20 functionaries there. Coincidentally, and with his wife and childlike curiosity, Park happened upon the Kenyan stand and immediately felt a divine intuition that God had work for him in this country of which he knew little except "it had animals and game park safaris".

With his wife’s consent, he invited the Kenyans for a meal at their home.

"We all got along so well that I ended up hosting them and taking them around Korea, for an extra two days beyond their official schedule," he says.

Kenya’s then Minister for Trade was so impressed by the pastor that he invited him to visit Kenya. Never one to miss the opportunity to spread the good news, Park arranged to come at a time when there was a large prayer crusade at Nyayo Stadium in 1994. And he got the chance to curtain raise.

"From that day, I knew God wanted me to start a mission here, and on March 1, 1996, we had our first Good News Missionaries from Korea on the ground in Kenya," he says.

The Kenya senior pastor now is Kim Jeong Hong, a young, tall, handsome soft-spoken man. And the general manager of GBS is Hae Jong, an older tough fellow who looks every bit the cool corporate operator.

Thirteen years later, not only does the pastor’s mission have a 400 student strong Bible College but it also has a high-tech digitised media studio — the Good News Broadcasting System.

"Fifty five per cent of GBS’s programming is Christian," say Hong and Jong.

"The other 45 per cent is equally split between informational programmes, drama, entertainment, news and education".

Looking at GBS’s Sunday programming alone, one finds varied content involving news panorama, programmes such as The Lighthouse and Out of Despair as well as children’s animation and an ‘art stage’ programme.

Park says of the success, "Receive the word of God, and not his judgment. Rely not in your experience, but the wisdom of the Lord. Not to be self-centred, but to be spiritual. To know that no problem of yours in life is too big for Jesus. And to realise that, when one reads the Bible correctly, all our sins are washed away."

In the 1960s, after the army, Park was a roaming missionary, spreading the gospel on a relatively empty belly, relying on the kindness of human brethren, "as God always provided".

Look at the birds of the air; they neither sow nor reap nor gather into barns, and yet your heavenly Father feeds them. Are you not of more value than they?"

As he traversed South Korea with the gospel in his mouth and the Lord’s song in his heart, in 1969, grace finally flooded his face.

"An American joined me in my missionary travels for exactly one year. He returned to the US and ten days later, his church, which I knew nothing about, sent me $350 (Sh26,250, at today’s rate), which in 1969 was a lot of money. After seven years of hard labour for the Lord, the cup I held finally had a bit of wine."

Forty years later, and working with Christian organisations from Kenya to Ghana and the USA, no one can claim that the cup of the man of God from Korea doesn’t overflow. 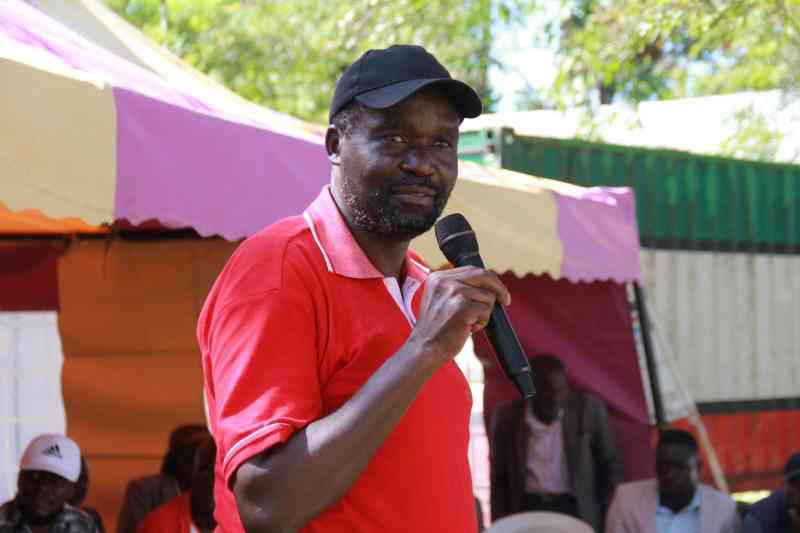 By James Omoro Dec. 09, 2022
Breaking news
Premium Feed your wife so that she can feed you men's 'food' 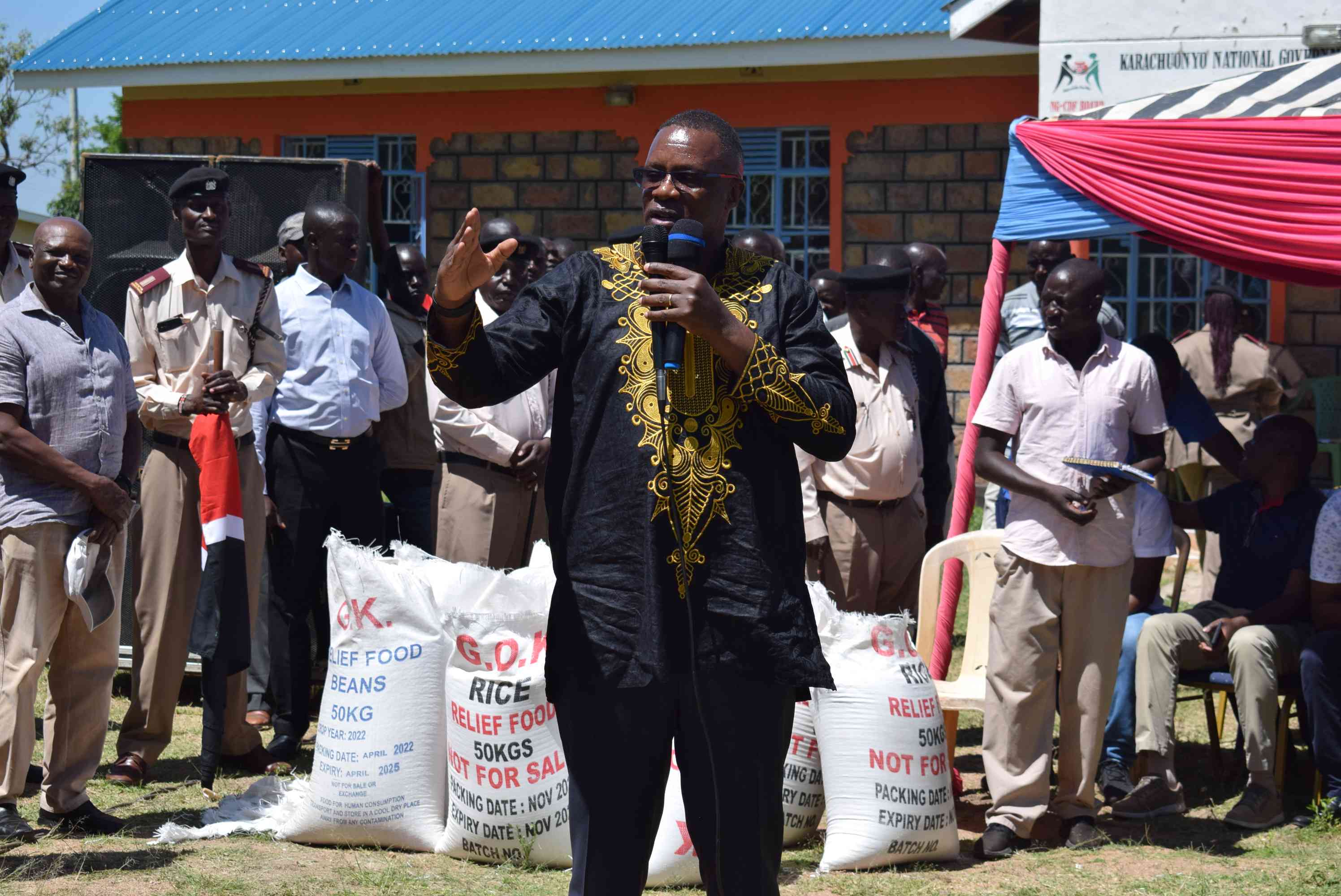