The National Treasury will take the lead in the crafting and implementation of Kenya’s plan to privatise scores of State-owned enterprises (SOEs) under new rules released for public participation on Tuesday.

The rules seek to cut through a thicket of outdated regulations and give the government tighter control of its ambitious privatisation drive.

Under a new proposed structure, a revamped Privatisation Authority that will be in charge of selling key parastatals will have a lean team of nine board members - down from 11 in the current agency - allowing the State a tighter leash and grip on its activities.

The rules also scrap a steering committee within the Privatisation Commission, which was previously charged with key decisions of the planned sale, to eliminate a lengthy decision-making process.

"The Cabinet Secretary shall have the following functions under the Act...providing policy direction on matters related to privatisation; co-ordinating the adherence to national, regional and international obligations relating to privatisation; and development and formulation of the privatisation programme; and oversee the administration of this Act," say the draft rules that are now up for public vetting.

Others will be the Attorney General or a designated representative; four other persons, not being public officers, appointed by the Cabinet secretary possessing relevant skills and competencies that may be required to achieve the objects of the Act; and the managing director of the authority.

The legal changes will disband the current Privatisation Commission.

"Any person who was a member of the commission immediately before the commencement of this Act shall be deemed to be a member of the board of the authority for the unexpired period of that person’s tenure," the draft says.

The changes come as the President William Ruto administration seeks to speed up the much-awaited privatisation of SOEs to improve their performance and to fill its coffers amid high levels of public debt.

A bureaucratic legal framework guiding the sale of inefficient State enterprises has been cited among the hindrances to the privatisation process.

The government, supported by the International Monetary Fund (IMF), is making renewed efforts to offload some of the loss-making firms after more than a decade of failed attempts.

President Ruto has said the government would privatise between five and 10 State corporations over the next one year.

He expects most of the privatisation to be undertaken through public offers at the Nairobi Securities Exchange (NSE), which he noted would also give citizens an avenue to buy into the companies.

“My administration will revitalise the capital markets by embarking on privatisation of State corporations where divestiture is overdue and strategic as well as introduction of such innovative products as a domestic dollar-denominated bond,” he said.

“I have made a commitment that between five and 10 public enterprises that are mature should be listed in the next 12 months.

The government in 2008 came up with a plan to privatise 26 parastatals through the Privatisation Commission, but it has only managed to conclude a single deal involving Kenya Wine Agencies Ltd (KWAL) in over a decade.

The government had been looking at selling stakes in the SOEs to strategic investors as well as to the public through listing at NSE.

The dismal performance has been attributed to, among other factors, a bureaucratic process in the existing legal framework.

“The government is embarking on review of the current privatisation law with a view of repealing or replacing it with a legal and less inhibiting and more facilitative policy framework to steward rapid privatisation processes,” Ruto said.

Privatisation of government entities has in the past drawn a huge number of Kenyans to invest in the NSE.

These include the Safaricom initial public offering (IPO) in 2008 that was oversubscribed by 532 per cent.

Others were KenGen, oversubscribed by 333 per cent, and Kenya Re (334 per cent) that also brought in hundreds of thousands of new investors to the bourse.

State corporations that had been approved for privatisation include Kenya Pipeline Company, Kenya Ports Authority, Kenya Meat Commission, Consolidated Bank, Development Bank of Kenya and the five sugar millers - Chemilil, Sony, Nzoia, Miwani and Muhoroni - as well as a number of hotels where the government has shareholding.

The government further planned to reduce its stake in KenGen and East African Portland Cement. 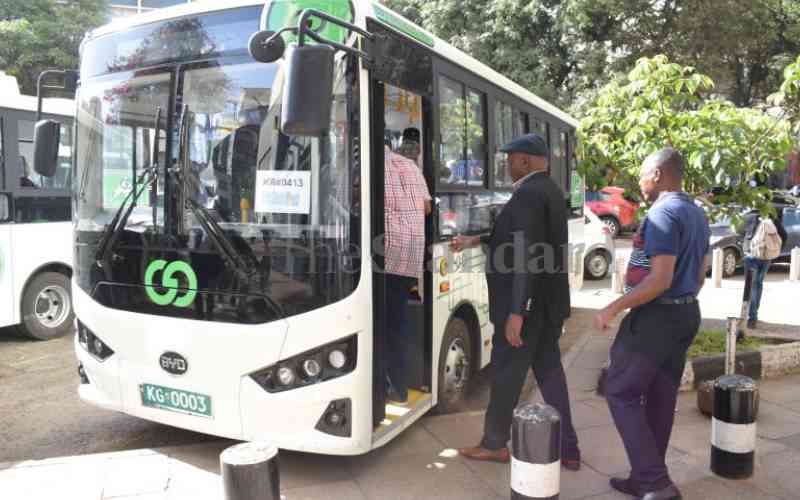 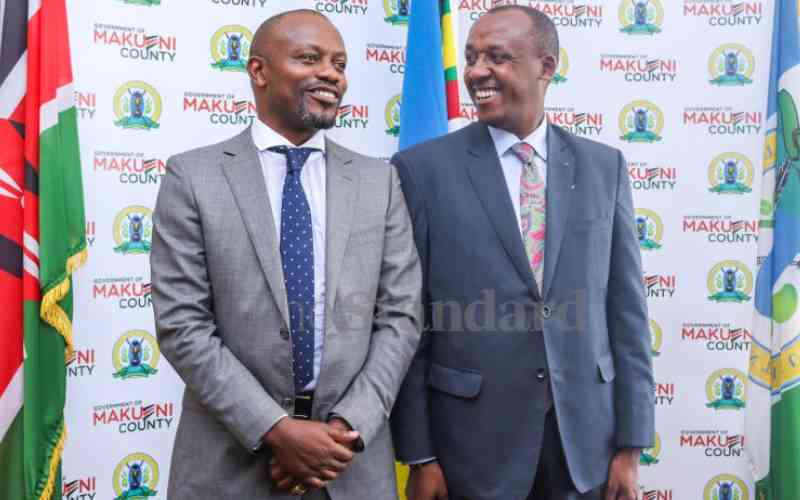 By Joshua Irungu 8 hours ago
Opinion
Lessons from three generations of devolution
.