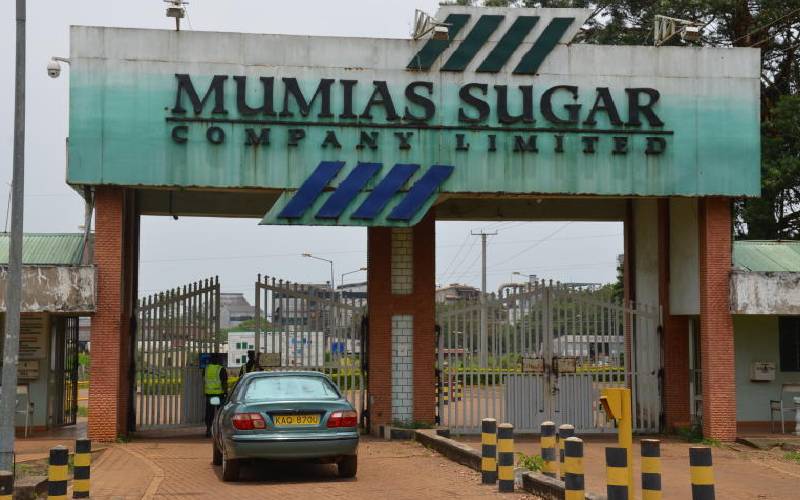 Rao admitted to selling scrap metal to Devki Steels Mills Limited while he was at Kwale Sugar Factory but denied having sold a commercial project to Devki.

“There was a time I was the receiver manager at Kwale Sugar, I sold scrap metal to Devski, but it was just that no commercial dealing,” said Rao.

The Committee which is probing the failed leasing bid by Devki also faulted Rao for failing to publicly advertise the leasing process of the troubled miller.

According to the committee, it is failure to advertise the process openly that created room for Devki to declare that it was on the forefront to take over operations at the Kakamega-based miller.

Rao had a hard time explaining that the leasing process takes one year to complete, and that Devki had not officially bided to lease Mumias Sugar.

Kakamega Senator Cleopas Malala who sought clarification from the Senate Committee on the failed Devki leasing process blamed Rao for the confusion over the leasing process among politicians and cane farmers.

Malala accused Devki Group of misleading the people of the western region that it had won the leasing bid before the process was completed leading to demonstrations witnessed in Mumias town.

The Senate Committee asked the receiver manager to re-advertise the bid for Mumias Sugar in the next two weeks.

Steel tycoon and Devki Group chairman, Narendra Raval, cited the ongoing public interest which “the matter” has attracted and the call for a publicly run bidding exercise.

“We have found it worthwhile to take out our application. We will however express interest, should the exercise be conducted in consultation with all the stakeholders,” Raval said in a statement.

Political leaders from the Western region, where the plant is located, have in the past one week made public statements seeking more information while calling for transparency in the takeover process.

The loss-making miller was placed under receivership by KCB Group in September 2019.

By Njuguna Ndung’u and Théophile T. Azomahou 14 hours ago
Financial Standard
African economies: How to respond to rising global crises