Shrinking revenue to counties is at the heart of standoff 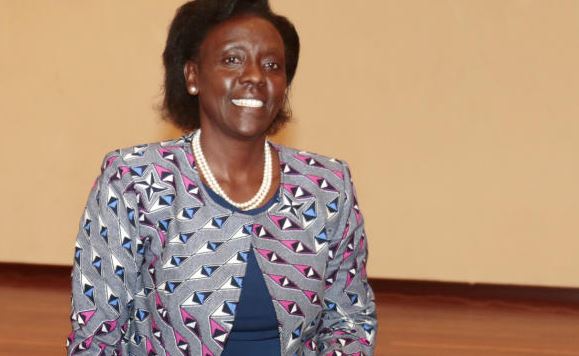 Shrinking revenues for devolved units is at the centre of the current stalemate over how counties should share Sh316.5 billion.

The proposal by Nominated Senator Petronilla Were seeks to retain the second generation formula in sharing Sh316 billion between the 47 counties.

It differs from the one fronted by Senator Mithika Linturi, and which has the backing of Deputy President William Ruto, which proposes capping the equitable share at Sh270 billion and the difference of Sh46.5 billion subjected to the Commission on Revenue Allocation (CRA) sharing formula.

Interviews with key stakeholders in revenue-sharing point to limited resources to support devolved functions as well a national government keen on retaining “too much” at the centre as the genesis of the problems that hit a new high last week.

As senators prepared for a crucial vote in the House, their colleagues Cleophas Malala (Kakamega), Christopher Lang'at (Bomet) and Steve Lelegwe (Samburu) were arrested by police in dramatic fashion and driven to their home counties to answer to various charges.

They were all later released unconditionally.

Although there has been a marginal increase in absolute figures in county allocations, the percentage of national revenue to counties has been on a decline from 20 per cent to the current 10 per cent, fueling the struggle by devolved units for more resources.

This year’s national budget stands at Sh3 trillion, but counties have been allocated Sh316.5 billion, which is 10.6 per cent of the total budget.

The battle in the Senate that has seen the House adjourned nine times has been intensified after counties were allocated the same amount as what they received in the last financial year. And with a change in the formula for sharing, several counties are bound to gain, while others will lose.

Commission of Revenue Allocation (CRA) chairperson Jane Kiringai (pictured) says there is a mismatch in the devolved functions and resources allocated.

Ms Kiringai said most counties were unable to implement development projects as they spent above 60 per cent of their revenues to pay salaries for staff, some who they inherited from the defunct county councils.

“The national government is keeping too much. When we started, the counties were getting 20 per cent. It has been declining from 20 per cent to 19 per cent to 18 per cent; so you can see a consistent weakening of devolution when so much is left at the centre,” said Kiringai.

“If you think about it as percentage of the GDP, it started at 4 per cent, it has consistently gone down to 2.8 per cent. When the overall expenditure is increasing while that of the counties is shrinking, then you can see the push for more money to the counties,” she added.

Last year, county chiefs sought Supreme Court advisory on how revenues should be shared between the national and county governments.

Currently, the Constitution provides that at least 15 per cent be allocated to devolved units. The national government is, however, at liberty to allocate more than 15 per cent of the national revenue to counties.

The CRA boss said since there was no single shilling on top of what the counties received in the last allocation, the battle was bound to happen.

“In the proposed formula, we have used new data. Some counties have their population growing faster than the others; so even if you don’t change the formula, but use new data, some counties would definitely lose. This year, the money did not increase. In the past, when we change formula, the money to counties increased so there was no county losing,” she explained.

CRA said the only solution out of the recurrent standoff would be to always have an increment to what goes to the counties. “If we had a little more money, like Sh327 billion that the commission recommended, we would have cushioned the losing counties,” she added.

Council of Governors chairperson Wycliffe Oparanya claimed there were individuals at the National Treasury that were always trying to stifle devolution.

He also blamed legislative gaps in the process, citing lack of time frame within which senators should dispense with the matter to avoid unnecessary financial crisis in the counties.

He added that budget process was a time-bound exercise that could not be left open to protracted standoffs like the one before the Senate.

“The percentage of allocation has been going down. At one point it was 22 per cent. So long as it keeps going down, we will end up having this kind of problem,” he said.

Pioneer governor's council chairman Isaac Ruto said the government must increase the revenue base to a minimum of 30 per cent, which translates to more than Sh400 billion.

“In ideal circumstances, counties should get 45 per cent of the revenue raised nationally, to be adequately resourced and cure this yearly protracted war on allocation," said the former Bomet governor.

“At least 30 per cent of the allocation will break the stalemate in the Senate. The figure contention now should have been Sh350 billion, weighing on population, health, agriculture and other needs,” advised Ruto, who during his term, took a firm position on county allocation, leading to the ‘Pesa Mashinani’ crusade, to increase allocation to 45 per cent of the most recent financial audit.

He said the Equalisation Fund should cushion marginalised counties by addressing historical issues. “This will help sort out concerns by the affected counties, who are less developed,” he stated.

Ruto warned Kenya against ignoring the increasing jobless youth population that can cause instability, especially in the counties.

“The continued growth of jobless youth, poverty index and serious economic issues, if ignored, the youth bulk will cause serious social disability. Sh3 trillion budget, with only Sh316.5 billion to counties, is 10 per cent, which is lower than the 15 per cent stipulated in the Constitution," he said.

He argued: “Counties are not getting worth their share. They should get Sh400 billion and above. Those yapping about giving counties enough funds should talk about Sh450 billion as at now.”

Governor Ruto said it is ‘useless’ to allocate funds to counties that cannot match the inflation rate, population growth and social economic demands.

He faulted the Jubilee government for the ‘borrowing spree’ and ignoring the input of the county governments yet the repayment is wholesome.

“When I chaired CoG and up to now, I still hold it that counties play an integral role in sharing the burden of the public debt. You cannot rubbish counties when borrowing and include them in the future payment of loans,” he affirmed.

“It is ridiculous for Senate to fail to resolve allocation sharing formula when senators can unite to demand more funds. The allocation should be based on the last certified revenue of the previous year.”

Ruto took issue with the allocation to counties based on the 2014-15 audited accounts when the national government relies on the most recent accounts.

“It is extremely ridiculous to have counties allocation pegged on five years behind, while the government is using the latest. I still remain opposed to this and will engage the Jubilee administration to move it closer. We are living in the past,” the former CoG chair said.

Former Senate Speaker Ekwee Ethuro said the fundamental principles of devolution is premised on equitable society as stipulated in Article 10 of the Constitution, public finance and gender parity.

“Senators vote per delegation on matters relating to counties. This is to ensure equity. It’s that no county will take advantage of the other in the spirit of give and take,” he said.

Mr Ethuro, however, shared a different opinion on the issue of increased allocation to address concerns of historical costing.

“It is feeling good but not addressing the root cause. When we talk about equity, the aspect of health, agriculture, giving them populous weight might disadvantage the already marginalised areas. The populous counties will be advantaged while the less developed, disadvantaged,” said the former Speaker.

Ethuro recalled that in the 10th Parliament, the Naivasha meeting by the Public Accounts Committee (PAC) agreed on the best parameters to protect the marginalised counties and the populous counties accepted.

“They looked greater than Kenya. If we settle on a divisive formula, it will make useless the whole essence of devolution. The Naivasha team considered the parameters and decided to reduce the weight of those that tilt the matrix like land size,” he advised.

“Both levels of government require money. Big infrastructure investments are financed at the national level. What we need is to strike a healthy balance between needs of the devolved units and financial obligations to be met at the national level," said Munya, who was Ruto’s successor as CoG chair.

Kimemia urged the 12-member Senate team looking into the matter to strike a compromise to end the stalemate. "Counties can't wait any longer and my appeal to the Senate committee is they move with speed in agreeing on how money will be shared for it to be released within one week," he said.

Meanwhile, it is emerging that senators deliberating the standoff on the revenue sharing formula are waiting for National Treasury to commit on the gradual increment before they can decide which fomula to propose.

The committee co-chaired by Senators Sakaja and Moses Wetang'ula (Bungoma) kicked off its work by considering a number of amendments before the House last Thursday, with a Tuesday deadline.

However, inside sources told The Sunday Standard the Tuesday date would not be achieved because: “The new CRA formula is even way off. The members’ proposals with figures are also not viable. We have tasked the Treasury Cabinet Secretary Ukur Yatani to come up with a commitment on Monday based on its projected finances to determine how the gradual increment will be implemented”, according to a source aware of the deliberation.

“The feedback from Treasury will determine how the discussion goes. This is a five-year formula. We must work with a definite figure starting next year for five years. The Sakaja amendment is so far the reasonable option.”

This means the proposed Tuesday Special Sitting will not take place, as once there is a ‘white smoke’ the committee will present the same at the Kamukunji and allow three days after the Gazette Notice has been issued for the sitting.