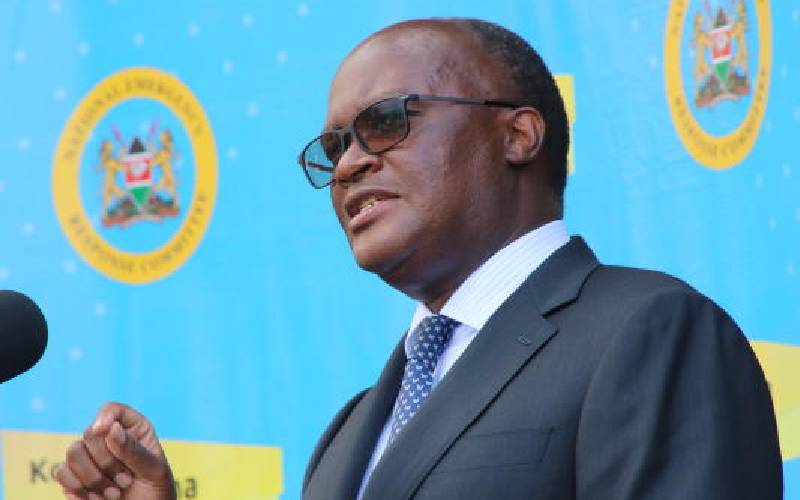 Transport Cabinet Secretary James Macharia (pictured) has denied that there is a diplomatic row with Tanzania that is hurting movement between the two countries.

He was responding to reports by the East African country that it will not allow any Kenya Airways (KQ) flights between Nairobi, Dar es Salaam, Kilimanjaro and Zanzibar effective August 1.

But speaking at the Jomo Kenyatta International Airport on Saturday, CS Macharia said "we have not banned anyone."

According to the CS, travellers with the certificate showing they had been tested within 96 hours do not need to be quarantined.

Tanzania was responding to an earlier announcement by CS Macharia on countries from which travellers will be exempted from quarantine when international flights resume. Tanzania was not on the list.

"We have not closed the airspecae for any travellers," said the Transport CS as he tried to downplay the row.
He added that the list of 19 countries is still being reviewed and will keep changing based on how countries continue to manage the spread of the disease within its borders.
Macharia said he met his Tanzania counterpart Engineer Isack Kamwelwe and insisted that Kenya has not banned travellers from Tanzania.
He said the advisory from Tanzania will be reversed.
Macharia questioned why much attention lay on Tanzania, saying it was not the only country missing from the list.
He attributed the situation to gaps in different countries' management of coronavirus.

The East African Business Council called on Kenya and Tanzania to implement an East African Community approach over the matter.

By Frankline Sunday 22 hours ago
Business
State to roll out 10,000 water projects to ease shortage
.

By David Njaaga 11 hours ago
Business
My Safaricom future is safe, Peter Ndegwa on exit speculation