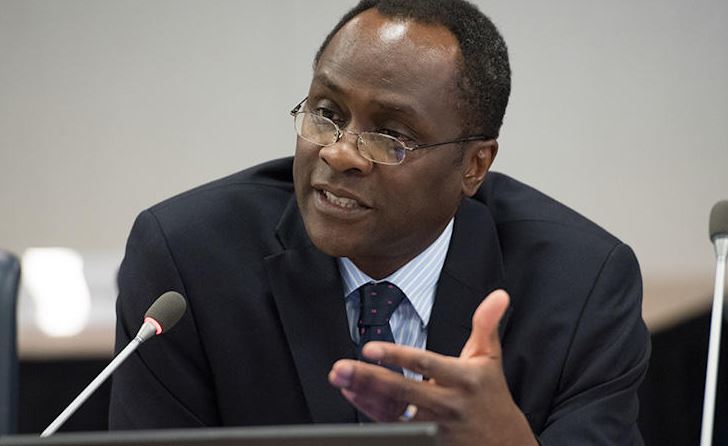 The International Monetary Fund’s (IMF) senior management team will now boast two Kenyans following the appointment of Ceda Ogada (pictured) as the Secretary of the Fund and Director of the Secretary’s Department.

IMF Managing Director Kristalina Georgieva announced Wednesday her intention to name Mr Ogada in the position where he will replace Jianhai Lin, whose retirement was announced previously.

Ogada , who has been with the IMF since 1999 when he joined its legal department, joins Nancy Asiko Onyango, who is the director in the Office of Internal Audit and Inspection, to become the second Kenyan in the top board of the organisation.

“His unparalleled ability to bring people together, combined with his profound appreciation of the fund’s institutional history and legal principles, as well as strong service orientation, will help the fund to even more effectively serve our member countries in a very challenging economic environment.”

Ogada also joins just a handful of black directors at the IMF, which has 189 member countries.

The IMF Executive Board is composed of 24 directors who are elected by member countries or by groups of countries, and the managing director, who serves as its chairman.

Liberia also has two representatives among the senior officials of the IMF, with Antoinette Monsio Sayeh one of the four deputy managing directors and Rhoda Weeks-Brown, the Legal Department General Counsel and Director.

After joining IMF over 20 years ago, Ogada rose through the ranks to become Deputy General Counsel in 2014.

He has been involved in advising on the governance of the fund and on country operations, helping to develop fund policies and implementation guidance, and providing technical assistance to member countries.

He is also credited for his part in developing the fund’s enhanced policy to address governance and corruption issues.

Ogada holds a Bachelor of Arts degree in history from Dartmouth College and a Juris Doctor from Harvard Law School.

Previous article
Agony of hostel owners as they struggle to cope