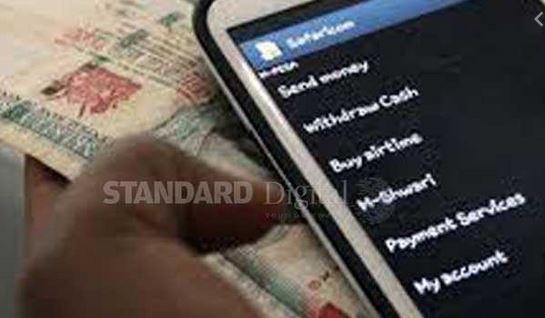 The International Monetary Fund (IMF) has given the thumbs up to a Central Bank of Kenya decision to waive fees for mobile money transactions of less than Sh1,000. In the report, the IMF said the move would help deepen financial inclusion in the country as more people that did not have bank accounts could get one. The global lender noted the positive emergency measures taken during the lockdown period by many countries, including Kenya, Ghana and Myanmar, of encouraging a shift towards cashless transactions via mobile money by introducing incentives to lower costs and increase the limits on transactions for digital transactions.

“Fintech, including mobile money, can help people and firms to maintain and increase access to financial services during lockdowns and the reopening of businesses, given growing preference for cashless and contactless transactions to mitigate the spread,” read part of the report, The Promise of Fintech, which looks at financial inclusion in the face of Covid-19. Days after the country announced its first case of Covid-19 on March 13, Governor Patrick Njoroge announced the Central Bank had reached a deal with payment service providers, including banks and telcos, to waive charges on mobile money transactions of Sh1,000 and below. These measures, which also included increasing the daily limit for mobile money transactions to Sh150,000, were to remain in place to the end of June.   However, Njoroge extended the measures to the end of the year, noting that this would help increase mobile money transactions. IMF said such developments could help accelerate the shift toward digital financial services from traditional financial services.