Yatani's tax measures fail to cushion Kenyans in days ahead 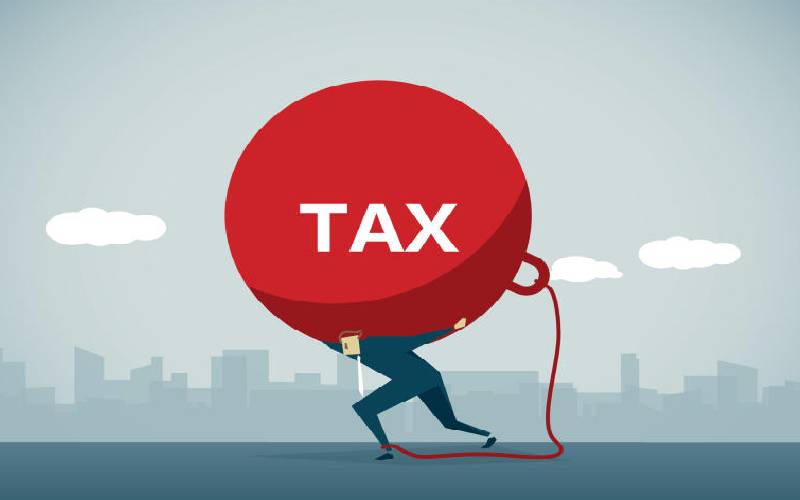 The tax relief measures that the government implemented to cushion Kenyans against the adverse economic effects of the Covid-19 pandemic might have been wiped out by an increase in the cost of living. A lot of workers have also been fired or seen their salaries slashed, despite the government’s decision to reduce value-added tax (VAT) from 16 per cent to 14 per cent, pay as you earn (PAYE) from 30 per cent to 25 per cent for those earning above Sh24,000 in a month. Those earning Sh24,000 and below have been exempted from PAYE.

Corporations have seen the income tax on their profits also slashed from 30 per cent to 25 per cent while small businesses with a turnover of up to Sh10 million will pay a monthly turnover tax (ToT) of three per cent from one per cent. However, following the stringent social distance rules that include a nation-wide dusk-to-dawn curfew and partial lockdown of five counties as well as prohibition of social gatherings, a lot of businesses have closed down. This has affected millions of jobs. In April, for example, prices of major consumer products increased by 5.62 per cent compared to a revision of 5.51 per cent in March, according to figures released by the Kenya National Bureau of Statistics (KNBS). Prices of food and transport went up, despite the country enjoying cheap oil. Another report by KNBS showed that in April, transport costs more than doubled after the government instructed public service vehicles not to carry passengers at full capacity. Also, a lot of Kenyans struggled to pay rent in April as most of them lost jobs.

However, the National Treasury expects the tax measures to stabilise prices. “Moving forward, overall inflation is expected to remain within the target range in the short run, despite the disruptions occasioned by the Covid-19 pandemic," said Treasury in one of its reports.  "This will be supported by the favourable weather conditions, lower international oil prices and  the reduction of VAT from 16 per cent to 14 per cent.”  Treasury has since proposed a new set of tax measures contained in the Finance Bill 2020 to be presented in the National Assembly. It intends to get rid of some tax exemptions, including controversial ones such as removing tax relief on pensioners’ earnings and cooking gas.

Treasury insists that removal of tax exemptions only targets those given to wealthy businesses and individuals, who it says have not been transferring those benefits to consumers.     According to financial consultancy firm KMPG, the proposal to increase the cost of fuel and LPG counters the reduction of the VAT rate. In its analysis of the tax amendments, KPMG said the imposition of VAT on fertilisers, agricultural pesticides and tractors would result to an increase in food prices. “The introduction of VAT on tractors and fertilisers will increase the cost of agricultural production, significantly impacting farmers who are already battling the effects of unpredictable rainfall, locusts, low prices for their produce and supply chain disruptions,” read the analysis. According to analysts, a lot of enterprises in the Jua Kali sector have lost their businesses as the economy slowly shuts down after the country reported cases of the novel coronavirus. Critics have argued that the tax measures will not benefit the target beneficiaries and small businesses in the informal sector. A 2016 report by KNBS showed that there were about 1.56 million licensed micro, small and medium enterprises (MSMEs),and 5.85 million unlicensed ones. They employed about 14.9 million people, many of whom live a day at a time. This means any shock is likely to drive them into extreme poverty. Fearing that the pandemic might snowball into a full-blown health crisis, President Kenyatta instituted stringent measures, among them the imposition of a 7pm to 5am curfew.  Schools, pubs, nightclubs, and other entertainment joints were closed. Many workers were forced to work from home, leaving matatus and restaurants without customers. These measures have seen a lot of Kenyans lose their source of income. Yet, rather than address their plight directly, the president, according to economist David Ndii, decided to give them tax breaks. “I am at a loss as to how this is a rational response policy for a government that was in a fiscal crisis before the Covid-19 shock, or how tax breaks translate to food on the tables of ordinary people who have lost incomes and jobs,” he said in a tweet. He faulted the decision to slash taxes as an intervention, saying there would be no taxes to be paid anyway as business would have shut down. “For the duration of the crisis, their (MSMEs) income or turnover tax returns will be nil, VAT returns nil. I doubt they have cash reserves for salaries,” said Dr Ndii, adding that the government should have slashed its spending.