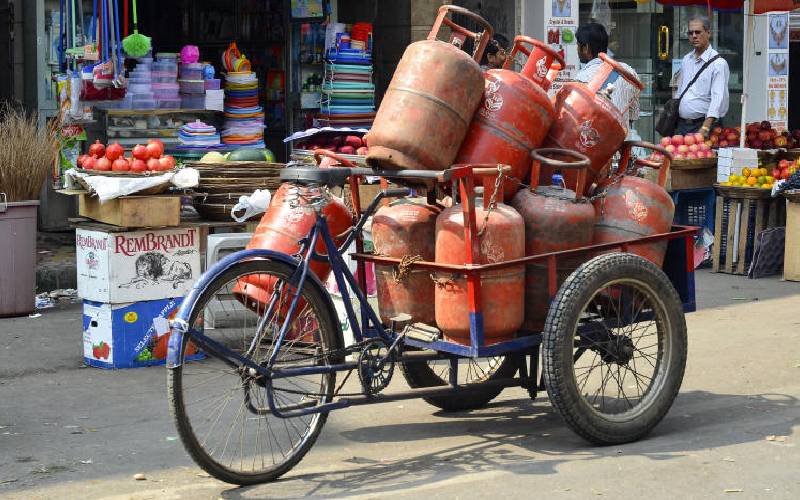 The usage of cooking gas shot up last year as the price of kerosene and charcoal got out of reach of many Kenyans.

This saw the consumption of liquefied petroleum gas (LPG) increase 40 per cent as more Kenyans embraced clean fuel in their kitchens.

Increased use of cooking gas followed a surge in the cost of kerosene and charcoal after the government introduced a levy to fight fuel adulteration and banned logging.

“LPG use continued with a five-year increasing trend to record a 40.4 per cent increase to 312,100 tonnes over the review period. This is partly attributed to an increase in the price of illuminating kerosene following the introduction of the adulteration levy imposed in 2018,” said KNBS in the Economic Survey 2020.

The introduction of the anti-adulteration levy (Sh18 per litre) on kerosene may have left poor households with few options, including increased LPG usage.

In January, a four-kilogramme container of charcoal was retailing at Sh152 up from Sh141 during the same period last year and Sh83 in 2018.

Despite the sharp rise in the number of families using LPG, most Kenyans are still using firewood and charcoal as the primary fuel in their kitchens.

According to last year’s census report, more than two-thirds of Kenyans (67 per cent) use firewood and charcoal.

By XN Iraki 20 hours ago
Opinion
Premium We admire hustlers though many of us never say it
.