Sci & Tech
company said gamers will not pay the usual Sh10 to access the games as it has decided to offer the games free until further notice. 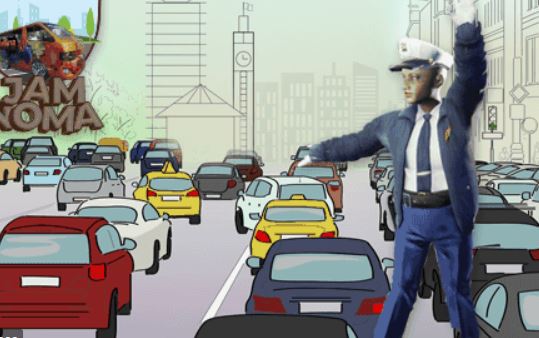 Kenya’s Mobile Games company, Usiku Games, has free-rated its fees on mobile app games to cushion its clients from the effects of coronavirus. In a statement, the company said gamers will not pay the usual Sh10 to access the games as it has decided to offer the games free until further notice. According to Jay Shapiro, CEO of Usiku Games, making the games free will allow mobile app gamers to enjoy social distance policy that has been recommended by the governments and World Health Organisation (WHO) as result of the fast-spreading coronavirus: “As a part of our commitment to the idea of #GamingForGood, Usiku Games are making all of our mobile games available for free to the public in Kenya during this Covid-19 outbreak. For one to access these games, one is usually expected to buy 1000 digital coins (U-coins) which translates to Sh10. All you need is access to the internet and a smartphone” Mr.Shapiro says with the closure of schools and offices, Kenyans will have an alternative to entertaining themselves away from social gatherings and games that require physical engagements. “We know that many families are going to be stuck indoors for a while, with children home from school and offices closed. That will almost certainly lead to boredom and anxiety. Our made-in-Kenya games have all been designed to entertain via our smartphones.” Usiku Games expect to create a fan-based of 1 million subscribers during this lockdown. Each player usually plays an average of three games per day. Most of the games draw from Kenyan Culture and are in the Swahili language that is nationally accepted: “We have created a safe environment that parents can feel comfortable sharing with their families as all our games are non-violent, and gender-inclusive, with local heroes in local environments. We have designed our entire #GamingForGood as a counter-balance to the testosterone-driven Sports Betting industry that is sucking $37 Billion annually out of the continent. Our goal is to create a fun, entertaining alternative that still provides that dopamine hit, while also making a positive change in the world.” says Mr.Shapiro. Usiku Games is now employing over 20 youths since its inception in Kenya, with a majority coming from Kibera and Kangemi Slums. This includes programmers, music artists among others. Usiku Games has so far developed 10 brain-teasing and trivia games for Africa’s mobile phone users aimed at fostering a #GamingForGood culture, with scenarios where the player has to save lions from poachers or solve traffic congestion. The game “Turkana” - named after Kenya’s arid northwestern county - allows players to direct water from the Kawalasee River to a farm while in “Jam Noma” they get to drive a local matatu minibus and navigate congestion to complete the journey. The company, which has 20 staff, also employs youths from Nairobi’s Kibera - a sprawling informal settlement housing more than 200,000 people - to provide the voices and produce the rap music for the games in English, Swahili and local slang, Sheng. Other games the company is developing including “Seedballs” a reforestation game where the player has to drop seeds at targets on the ground, and “BeYOUtiful” which is a dress up game for girls with African characters.