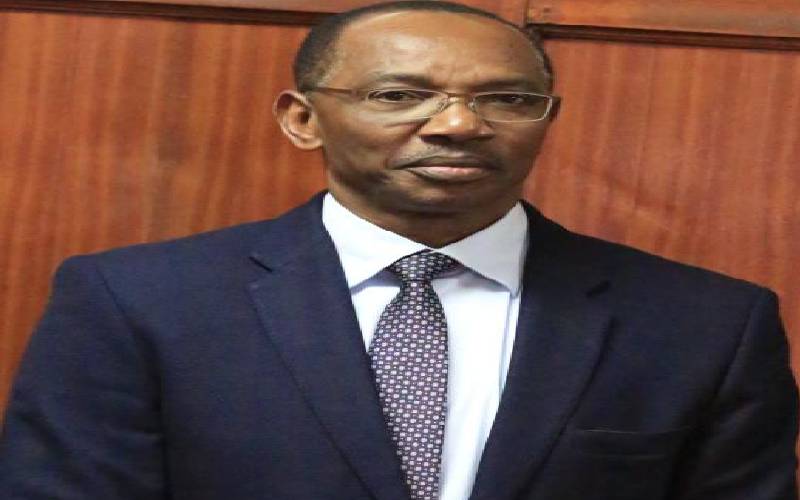 A Nairobi court has directed the prosecution to supply businessman Humphrey Kariuki (pictured) and his co-accused with all documents in compliance with a previous court order.   When the matter came before Chief Magistrate Martha Mutuku, the court heard that the prosecution has only supplied the defence with conflicting witness statements. “It was necessary to have the inventory containing the list of witnesses, their statements and exhibits to be used to ensure compliance with the order of the court and its absence meant the prosecution was not ready,” ruled Ms Mutuku. The matter that was to be heard yesterday failed to kick off again. Defence lawyers Cecil Miller, Kioko Kilukumi and Edward Oonge argued that the documents supplied should be consistent for all accused persons since they were facing similar charges. “We got an inventory with 28 witnesses but were supplied with statements of seven witnesses. We do not have statements of 21 witnesses,” Mr Kilukumi told the court. He said without full disclosure, it was not possible to fix hearing dates for the case. Other lawyers oncurred with Mr Kariuki’s defence team, saying they had inventories with nine witnesses while others had seven or six. The defence informed the court that the Office of the Director of Public Prosecutions had indicated that it would require them to attend site visits at Africa Spirits Ltd, Kenya Revenue Authority (KRA) and the Directorate of Criminal Investigations (DCI) where exhibits are held. They said that Africa Spirits in Thika was raided in January last year, before Kariuki faced charges eight months later. According to the team, this month marks a syear since the factory was shut, rendering 600 employees jobless. Lawyer Rubeena Dar for the fourth accused told the magistrate that when she visited DCI offices for verification, she did not find original documents as the court directed. She further told the court that the bundle of documents supplied contained documents from Keroche Industries, whose directors are facing a similar case. Mr Oonge also indicated he came across documents relating to Keroche Industries in his bundle of documents. The magistrate directed that the matter be mentioned on February 26 to confirm compliance, after which hearing dates will be fixed.