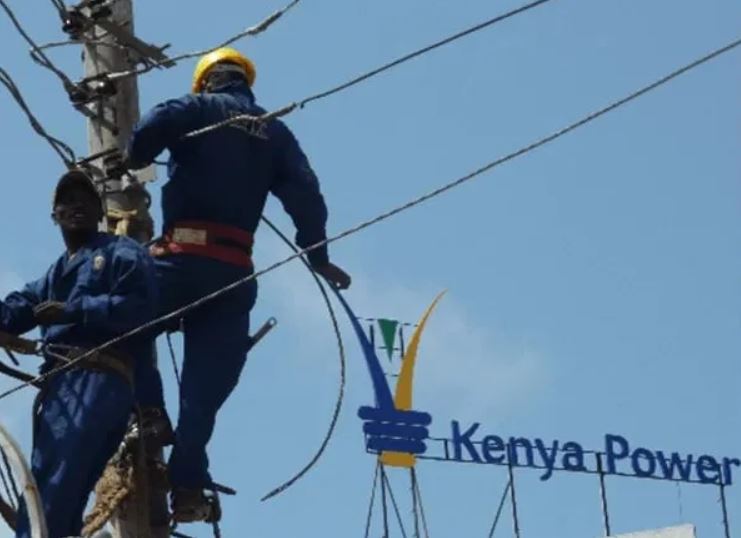 Henceforth, he declared, their homes would be connected to electricity even without applying for it.

That was at the height of early campaigns in the run-up to the contested 2017 polls.

The homes only needed to be within a 600-metre radius from a transformer. The arrangement was under the Last Mile project that was aimed at ensuring affordable electricity to households.

It aimed at achieving over 70 per cent connectivity by 2017 and universal access by 2020.

“Whether you live in a wooden house or a hut, we will supply you with electricity beginning April 2, without the constraints of requesting it. We are committed to ensuring everyone has power and we have mapped all those households,” Keter said in 2016.

That would mark the start of an era where briefcase firms were contracted to assist in power connections across the country.

With the benefit of hindsight, Kenya Power is now regretting how costly the project has become for a company that was once valued at Sh55 billion. Today, the firm is only worth Sh6.4 billion and heavily indebted - partly due to heavy investments in an electricity network that has little value.

In essence, investors who include the public have lost nearly Sh50 billion over the last ten years in a decline that accelerated after 2013 – when the Jubilee regime took over the reins of power.

Maintenance costs have surged, helped by sub-standard equipment including transformers, with insiders revealing that there are at least 20 incidents of failure daily.

Former Kenya Power acting Chief Executive Jared Othieno said in his last day in office that the project christened the Last Mile was responsible for the financial mess the firm is in, at least in part.  “It is one of the problems that got us here,” said Mr Othieno who has since been replaced by Bernard Ngugi.

He noted that fraud by contractors was prevalent, informing the decision to cancel all the tenders and vet others. About 200 firms are contracted to build and maintain electricity distribution lines.

It all started with the recruitment of independent contractors who did a shoddy job, prompting the firm to terminate the tenders last year. Poles, which would ordinarily not qualify to be used for less sensitive fixed telephone lines, were widely used, putting consumers at risk.

The power monopoly did not have enough manpower, informing the push to contract private firms that would be deployed anywhere in the country in what proved the first blunder. It was common to find various contractors working in the same area, making it difficult to assess the work of a single contractor. In some cases, the contractor would bill Kenya Power even for no work done or do multiple billing for the same job. “There was no capacity to audit the work done, so you would find a contractor claiming to have built a transmission line yet the same line had always existed,” the source adds.

The contractors who were provided with all equipment, including poles, wires and metres ended up charging customers for the same.

They would, however, fail to remit the funds to Kenya Power. Such lines have since been disconnected. One such customer is Bramwel Lwova who admits to having paid the connection fee to a contractor in 2016.

It has been nearly a year since his entire neighbourhood in Ngong was disconnected in the ensuing audit. When he asked why it was taking too long to restore the connection, the local office informed him that the matter was still under investigation.

In the rush to connect many households in the run-up to the August 2017 polls, contractors connected customers months before the metres were supplied. Cheptuyes village in Muhoroni is one such area.

A resident disclosed to The Standard that many households are still using electricity for free, including for cooking. Locals who were employed by the contractors are the new experts in illegal connections.

“… the small tail-end consumers consuming less than 20-kilowatt hours per month, have neither contributed much to the growth in demand for electricity nor in building up Kenya Power’s revenue base,” he said.

He noted that the massive electricity connection drive had also created an opportunity for fraud, including shoddy workmanship.  “The Last Mile Project has created a plethora of new challenges with regard to underhand dealings in the award of contracts to inexperienced contractors, substandard equipment, wrong billing, and unconnected metres,” said Jabbal

The power utility has already issued a profit warning in the yet-to-be-published financial results for the past financial year.

The missing link that could finally cut your power bills