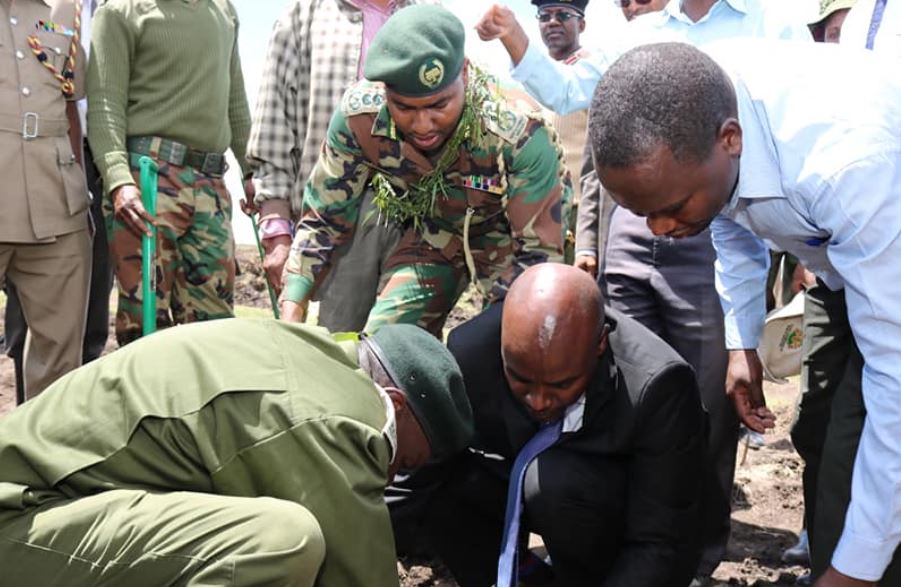 Bomet County Government has committed to supporting conservation efforts of Chepalungu by allocating funds towards the construction of a forest station in the area.

Last week in an exercise led by Kenya Forest Service (KFS), 25,000 indigenous tree seedlings were planted as part of the rehabilitation of the degraded Chepalungu Forest Station (Singoroi Block).

So far, 250,000 seedlings have been planted in the ongoing restoration process of the 100Ha.

Bomet Governor Hillary Barchok expressed the commitment of the County in supporting conservation efforts by complementing KFS through the signing of the Transition Implementation Plans (TIPs) which forms legal framework of engagement between the two levels of government.

Shamba system to be reviewed

"As part of my Government's commitment, I have instructed the relevant department to initiate the procurement process for the construction of a forest station in Chepalungu Forest -Chesambai block in this financial year," said Barchok.

The Vice-Chairman of the KFS Board Peter Wandera encouraged communities to adopt best farming practices that coincide with the KFS commitment of conservation towards the attainment of a 10 per cent tree cover by 2022.

He urged the youth in forest adjacent communities to join Community Forest Associations (CFAs) and carry out IGAs that will uplift their livelihoods.

The Vice-Chairman also issued a stern warning against CFAs countrywide that would be found culpable of degradation of rehabilitated forestlands adding that his representation will not condone any such malpractices. 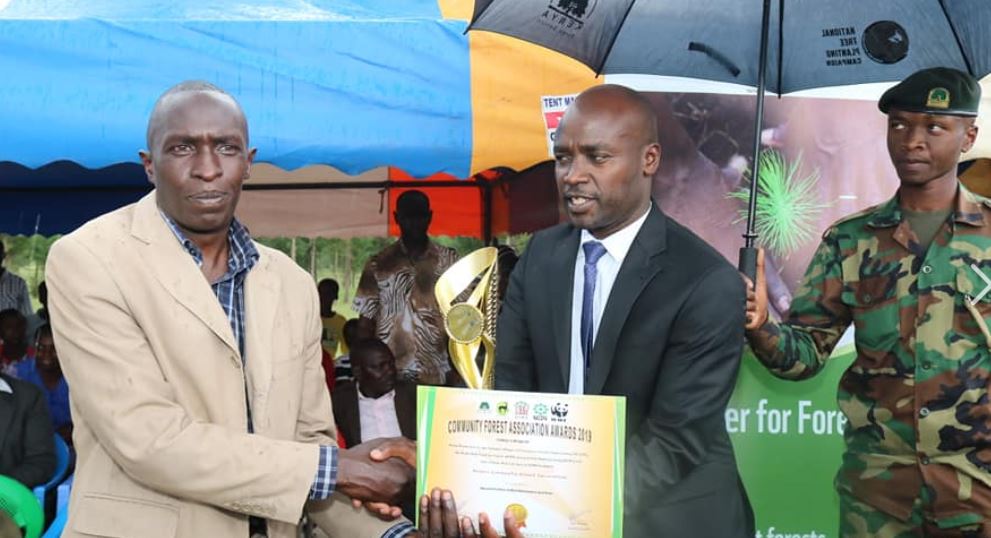 The award was based on governance, business and enterprise development in forestry, forest conservation and management, and sustainability.

Speaking during the award ceremony, the CCF noted the vital role CFAs play in the conservation of forest resources in the country as co-managers with the Government and other stakeholders.

"The main objective of the award is to recognize CFAs actively taking part in forest conservation and management in parts of the Mau Forest Complex. The award scheme targeted CFAs in Narok, Bomet and Nakuru Forest Ecosystems," said the CCF.

Mr. Kamau noted that the award scheme will be useful in creating awareness among communities on the importance of forest conservation and management and why they should participate as the government strives to attain a 10 per cent tree cover by 2022.

Besides, the CCF expressed that, going forward, KFS in partnership with the National Environment Trust Fund (NETFUND) will develop a National CFA Awarding Scheme to recognize passion and award efforts in tree growing and forest conservation.

Kenya Forest Service plants over 3000 trees in the Mau Forest

Solomon Mibey: Non-registered livestock will be moved out of Embobut forest in Marakwet

By Peris Wambugu | 20 hours ago

By Wainaina Wambu | 21 hours ago