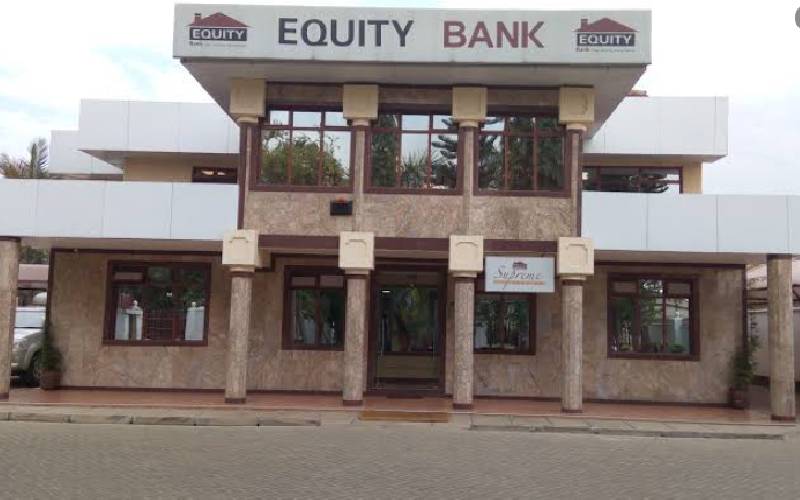 Equity Group has posted a 10 per cent growth in its nine-month profit after tax to Sh17.46 billion. This is up from Sh15 billion reported over a similar period last year. Group Chief Executive James Mwangi said yesterday the bank continued to register growth in both interest and non-interest income despite the effect of interest rate cap during the period under review.

“The last three years under the rate caps gave us the opportunity to reinvent ourselves and diversify into other revenue streams,” said Mr Mwangi at an investor briefing in Nairobi. He said going forward, however, he does not foresee any major impact of the repeal of the rate cap on the lender’s profitability or strategy. “The removal of the interest rates for us can only be a bonus and is unlikely to change our strategic objective,” he said. The law capping commercial banks' interests at four per cent above Central Bank rate was scrapped last week after MPs failed to raise quorum to vote against President Uhuru Kenyatta’s memorandum, declining to assent Finance Bill, 2019 into law. During the period under review, Equity Group saw interest income grow from Sh38 billion last year to Sh42 billion this year. Non-funded income similarly went up by 14 per cent from Sh19.8 billion last year to Sh22.54 billion this year. “Our non-funded income now stands at 41 per cent of the company’s gross income and we expect it to cross the 50 per cent mark in the near future,” explained Mwangi.

The lender’s net loans went up 21 per cent from Sh288.4 billion in the third quarter of last year to Sh348.9 billion over a similar period this year, with non-performing loans standing at 8.3 per cent. Mwangi said the company continues to register growth in loans to small and medium enterprises and that the bank has struck a balance in the cost of finance and lending rates safeguarding profit margins. “Our net loan book is growing at 21 per cent against the industry loan book that is growing at four per cent,” he explained. “We have developed a recipe for operating in the interest rate caps regime.”