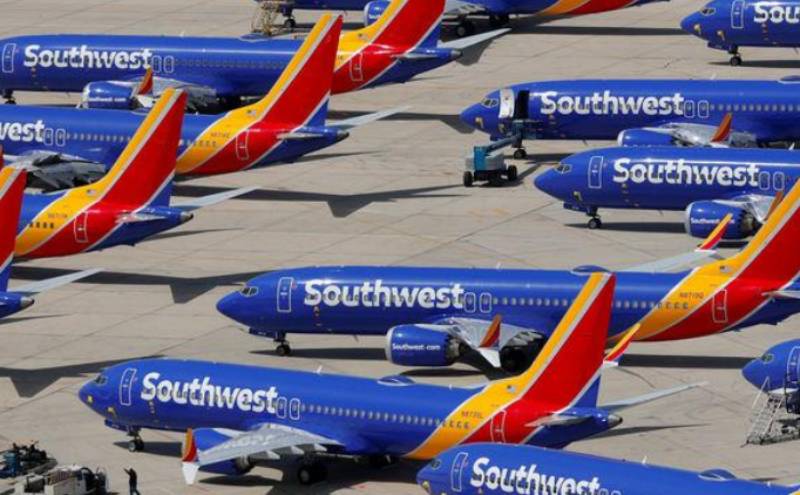 Southwest Airlines and American Airlines Group Inc said on Friday they are extending Boeing 737 MAX cancellations until early March, just shy of the one-year anniversary of an Ethiopian Airlines crash of the jet that led to a worldwide grounding. Southwest and American, the two largest U.S. operators of the aircraft, have had to scale back growth plans and are together canceling more than 300 flights a day, taking a hit to profits as they manage slimmer fleets without the 737 MAX. Southwest, which has bet its entire growth strategy on Boeing’s newest single-aisle aircraft, had previously canceled all its 737 MAX flights until Feb. 8 and now expects a return to service on March 6, though it warned that the timeline could get pushed back again.

Boeing Co is facing increasing hurdles in obtaining approval to return the plane to service before the end of this year as it has targeted. American said it planned to resume commercial flights on the 737 MAX on March 5, and expects to run test flights for American team members and invited guests before that date, once the aircraft is certified. United Airlines, the other U.S. 737 MAX operator, had thus far canceled flights into January, although it may yet have to extend that time frame. Reuters reported this week that U.S. and European regulators will need to return to a Rockwell Collins facility in Iowa to complete an audit of Boeing’s software documentation after regulators found gaps and substandard documents. Boeing has confirmed it must submit revised documentation. That has thrown into question when Boeing would be able to complete a certification test flight. The Federal Aviation Administration has said it would not unground the planes until 30 days after that flight occurs. The 737 MAX, Boeing’s best-selling plane, has been grounded since March after crashes in Indonesia and Ethiopia killed 346 people.

Two U.S. officials told Reuters it is extremely unlikely - if not impossible - that Boeing will be able to win approval to return flights to service before the end of December. Just two days ago, American Chief Executive Doug Parker said he was hopeful that the aircraft would “get certified in the near future.” Rising cost American has estimated that the 737 MAX grounding has cut 2019 earnings by $540 million, while Southwest estimated the total hit to its earnings between January and September at $435 million. That toll will only rise the longer the MAX remains parked. Boeing is discussing compensation with airlines but no agreement has been reached. Southwest had 34 MAX jets at the time of the March 13 grounding and was expecting delivery of another 41 jets this year. It said on Friday it still hopes to receive seven MAX deliveries in the current quarter, with the remaining shifting into 2020. But without clarity on the MAX timeline, Southwest said it could not update a previous forecast for first-quarter capacity to grow between 2% and 3%.