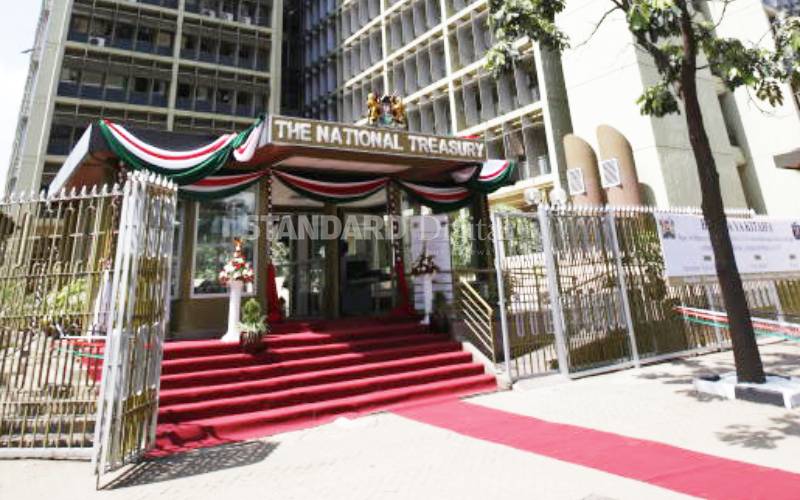 Our constitution was made only for a moral and religious people. It is inadequate to the government of any other–John Adams, Second president of the United States.

‘Houston, we have a problem’, was a phrase first used by the crew of US’s Apollo 13 moon flight to report a problem to their base in Houston. It is now a cliché used to indicate a major problem.

That Nairobi, the administrative seat of the Kenyan government has problems is common knowledge.

The extent to which these problems have afflicted society is unravelling, with the effects of perfidious schemes coming to national attention.

One of those effects are the austerity measures announced by Treasury Cabinet Secretary (CS).

The CS has directed that the Government’s recurrent expenditure be cut by 50 per cent. Of all Government institutions affected, the Judiciary appears to be worst hit with the dispensation of justice severely threatened.

In 2016, the Judiciary had an allocation of 0.7 per cent of the country’s national budget. After the fractious elections of 2017, there was a climb down to 0.5 per cent. The latest cuts leave it with a mere 0.4 per cent.

The consequences have been instantaneous. First off, the anticipated automation of courts by electronic recording of proceedings has been put on hold.

Touted as a project that would have led to faster delivery of judgments and cleared the huge backlog of cases, it now stands sacrificed at the altar of austerity measures.

Then there is the direct effect on the development of judicial infrastructure.

Courts are built based on three-year funding projections from Government. Because development funds have been curtailed, construction of courts in Lodwar, Narok and Bomet, among other places, have stalled.

Perhaps most inimical to the dispensation of justice in Kenya is the effect on tribunals. Under the current Constitution, 16 tribunals, previously under various government ministries, were transferred to the Judiciary.

This was done without the concomitant funding needed to run them. Among these are the Sports Tribunal, Rent Tribunal and Business Premises Tribunal.

These have been useful in settling matters that would occupy courts for inordinately long periods, to the detriment of litigants.

With cuts, these tribunals can no longer function. In fact, some like the Co-operative Tribunal, have sent out circulars advising that they will no longer hold sittings until the question of funding is resolved.

In most countries, the Judiciary is allocated a percentage of the national budget so that it is insulated from the vagaries of economic performance.

Our Constitution talks of the Judiciary Fund were meant to be created within a set time from its promulgation.

The fund was to have been administered pretty much like that of the National Intelligence Service, with priority areas of spending determined by the Judiciary itself and ring-fenced from budgetary constraints or austerity measures.

This fund has not been set up. Instead, resources allocated to the Judiciary are dependent on Executive caprice.

The Executive may be primus Inter pares (first among equals), but that does not make the other arms of Government subordinate to it.

In fact, Parliament, one of the other arms, controls itself with its funding unencumbered by the whims of others.

It follows that the Judiciary, as the third arm, should be financially independent to provide the requisite checks and balances over the other arms.

Questions then arise. Is there a silent policy to cripple the Judiciary? The President, in a fit of pique, once stated that the Judiciary was headed by “wakora” or thugs and that it would need to be “revisited.”

Is this it? It would certainly seem so if recent actions are taken as indicators. Diplomatic passports for judges were recently withdrawn despite vociferous protests from those affected.

Now justice to litigants is held in abeyance as courts struggle to work under severe financial constraints.

It further raises concerns about the Executive’s commitment to justice-without which it is hard to imagine how the promised fight against corruption will be achieved.

But it must be noted that the Judiciary belongs to everyone and not to individuals.

Judges continue to draw salaries even as the dispensation of justice to mwananchi is hampered by cutbacks on funding, whether by insidious schemes to frustrate individual judges or by a government now hamstrung by the effects of reckless spending.

Whatever the case, Treasury must now capitulate to the setting up of the constitutionally provided for Judicial Fund. More so, the fund should be a percentage of the national budget in the same way county governments are funded. Nairobi, we have a problem! Are those in authority listening?