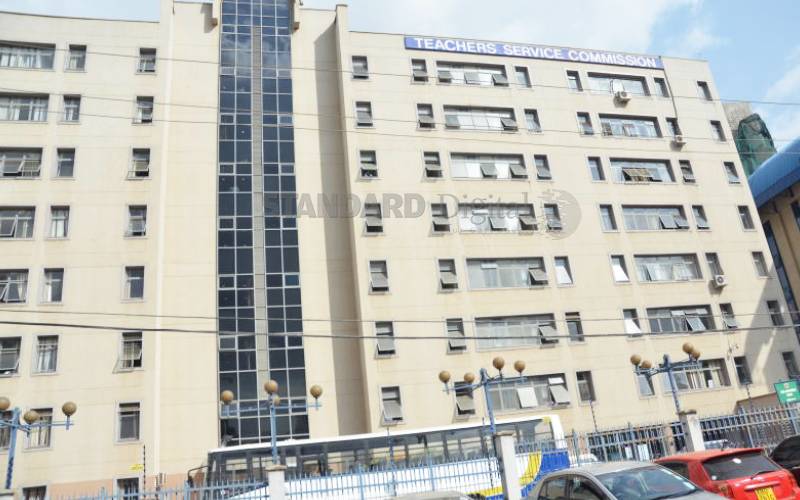 Teachers are fleeing a bank they invested more than Sh6 billion in after it turned into a black hole for their life savings.

Customer deposits, which oil the banking business, have disappeared, indicating a loss of confidence even from Mwalimu National Sacco’s (MNS) 75,000 members. The sacco is the main owner of Spire Bank.

A memo shared by the management with the board members paints the picture of an institution on life support, and whose top manager walked away in a huff after it became apparent that nothing was working.

“I am in doubt that there is sufficient shareholder capacity to rebuild the bank afresh. With this background understanding, I offer to resign from the position of Managing Director,” a leaked copy of Norman Ambunya’s letter to the board reads in part.

He advises that the only way out is for Spire Bank to assume the sacco model, “without which the bank cannot operate sustainably”.

Customers were also fleeing the bank, according to the notes obtained from the board.

All possible avenues to rescue Spire Bank, which was acquired from billionaire Naushad Merali five years ago, have evaporated, with the proposal now being to dump the commercial banking operations and revert to the simpler co-operative model.

Banks are required to have a minimum capital of Sh1 billion among a host of other strict guidelines. Saccos, however, operate under a less stringent environment.

There is no firm indication that a standby loan facility worth Sh2 billion negotiated between MNS and Diallo Global Star of Dubai as a desperate option would be executed.

While MNS is asset rich and worth at least Sh40 billion, most of the wealth is not in cash, as it has invested in a residential housing development in Kisaju, which has yet to find buyers.

Any free cash available, including sacco contributions, has been deposited in the bank, but is promptly gobbled up in funding the daily operations and servicing withdrawals from customers.

The sinking of Spire Bank would mean a total write off of the investment, which had been opposed by various agencies before they all beat hasty retreats in 2014 to give approvals.

Alternatively, the bank can be sold while it remains a going concern to salvage some value for the teachers.

A sequence of bad decisions soon after the idea of acquiring the bank was suggested has predisposed the teachers to the huge losses.

Other principal customers of Spire Bank, initially trading as Equatorial Commercial Bank, is Sameer Africa, which has since shut down its tyre-manufacturing business and sent home hundreds of workers who would have been captive customers.

So, how did teachers find themselves in such an impossible position? Mwalimu Sacco held an AGM in September 2014 where the sacco management floated the idea of acquiring a stake in Equatorial Commercial Bank (ECB).

However, immediately after the resolution was passed, the Cooperative Alliance of Kenya, which claims to be a voice of the individual savers, raised the first objection, citing minimal disclosures on the justification of buying into an already loss-making bank.

The alliance claimed there was collusion in the sale, a proposition it still stands by.

“... very limited disclosure promising unsubstantiated returns to members was presented for delegates to approve in a broadly worded resolution,” wrote Daniel Marube, the chief executive of the alliance in a protest.

In his estimate, MNS would require Sh7 billion to turn around the limping bank, which has since gobbled up nearly as much money, but with little to show for it.

Mr Marube told The Standard that Mwalimu Sacco’s acquisition of the bank is potentially the worst decision made in the co-operative industry to date.

His objection caught the attention of the then Commissioner of Co-operatives Patrick Musyimi, who halted the transaction temporarily.

The Sacco Societies Regulatory Authority (Sasra), the regulatory body for deposit-taking Saccos, had also been kept in the dark before it was later informed of the intended acquisition.

Mwalimu Sacco’s defence was that it had contracted independent valuation experts to execute the due diligence, which showed that the savers’ funds were safe.

It is on this basis that other regulators, including the Central Bank and Competition Authority, gave their approvals. Robert Shibutse, who oversaw the acquisition as the chief executive of ECB and subsequently Mwalimu Sacco, blames the board of directors for the financial mess.

He told The Standard in an interview yesterday that while the bank could have been making losses, it was a sound investment that required “a little push” in fresh capital injection, which MNS could afford.

“The transaction was above board; it is only the MNS that refused to do as the consultants advised,” Mr Shibutse said. He added that the Sacco was told that it would need some heavy investment immediately.