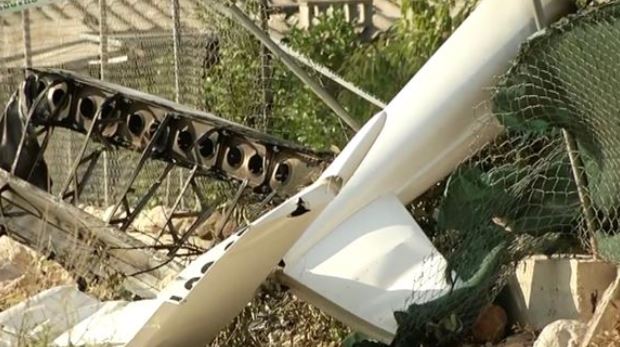 A dad who died in the Majorca air crash was celebrating his 43rd birthday when the helicopter he was travelling in smashed into a light aircraft. The chopper piloted by Italian man Cédric Leoni, who provides tourist flights, crashed soon after leaving the luxury Hotel La Reserva Rotana Manacor. Seven people were killed including two who are believed to have been travelling in the aircraft. “The dead man and his family were holidaying with another family and staying near the hotel. “They were known at the hotel from previous times they’d stayed. “It was the dead man’s 43rd birthday and the two families had arranged for two helicopters to pick them up, one for one family and one for the other. “The other family ended up going by road because one of the helicopters had capacity for five and the other could only carry three including the pilot. “My understanding was that it was a last-minute decision the man, from Germany, whose birthday it was should take the bigger helicopter with his family and the other family should catch them up in a car, probably because it was his birthday. “The dead children are a boy and a girl. The boy is only about nine or ten and the girl seven or eight.” The exact nature of the crash is not yet clear, with some local reports suggesting it was a microlight rather than a helicopter that collided with the light aircraft. The smash is thought to have occurred less than 1,000 foot above the ground. When the aircraft hit the ground it triggered a blaze which the fire service tackled. Inca is situated between Palma and Pollensa and is the third biggest town on the island. While it is largely residential, it attracts tourists due to its markets.