Employers and Cotu face off over pay increase push 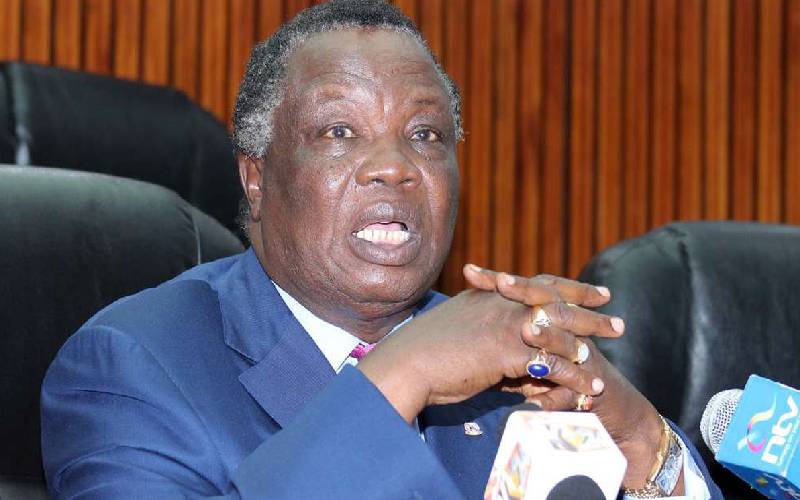 Representatives of employers have rejected a pay rise deal a workers’ body has reportedly struck with the Government as a pre-condition to support the proposed Housing Fund Levy.

The Federation of Kenya Employers (FKE) is spoiling for a fight with the Central Organisation of Trade Unions (Cotu) over the latter’s call on the Government to grant a 15 per cent general wage increment during today’s Labour Day celebrations in exchange for the union’s support of the proposed levy that has been suspended by the courts.

FKE opposed such a move, even as it distanced itself from any agreement between the giant workers’ union and the Government over the contentious housing levy.

Last week, Employment and Labour Relations Court rejected an attempt by the Government and Cotu to register the deal, and declined to lift orders barring the Government from deducting 1.5 per cent of employees’ salaries until the dispute is determined.

Under the consent, Cotu agreed to withdraw a case against the levy and in return secure the wage increment and have one of its members nominated as board director of the National Housing Corporation, which will manage the housing scheme.

Yesterday, FKE warned the Government against being hoodwinked to do an illegality during today’s Labour Day celebrations, saying it will oppose any declaration of a general pay increase.

FKE National President Mark Obuya led his board members in terming the request by Cotu Secretary General Francis Atwoli (pictured) that all workers be granted a 15 per cent wage rise to cushion them against the effects of the housing levy as unconstitutional and unprocedural.

The employers body said while the Government may have a say in the pay rise for its workers, it cannot meddle on the operations of private sector, which has its own means of working out pay increments.

“The Government has no mandate to increase a general wage for the private sector. This is a matter that is governed by voluntary negotiations between the parties in the case of unionisable workers,” said Mr Obuya.

He added: “Decisions on wage increases in Kenya follow policies and practices that are clearly spelt out in the labour laws and employment contracts… The private sector wages are increased through collective bargaining negotiations or through contractual agreements between individual employees and their employers”.

FKE Chief Executive Officer Jacqueline Mugo cautioned Cotu against turning Labour Day celebrations into platforms to call for sporadic wage demands, saying the day should be used by workers to celebrate and take stock of their labour obligations and successes.

Opposing the pay hike demand, Mrs Mugo said many employers were now smarting from the five per cent minimum wage pay increment granted by the Government during last year’s Labour Day, adding that they required more time to settle the accumulated dues.

“As we talk, majority of employers are now looking to pay the backdated dues from May last year when the minimum wage was increased. These employers must surely be allowed to first be done with this,” she said.

FKE said the minimum wage increment was determined through structures such as the Wages Council and the National Labour Board put in place specifically to offer advice on wage setting mechanisms.

“As of today, none of these bodies have met to discuss and offer advice in this regard. FKE therefore expects that there will be no surprise decision on this issue. As employers, we value stability in the policy environment and in the prevailing wages,” said Mugo.

She warned that random increment in statutory minimum wages only leads to conflicts between employer and employees since such raises are done without regard to the ability and preparedness of the employers to pay.

FKE said it was not party to any agreement between the Government and Cotu on the implementation of the housing levy, saying they maintain their position that consultations need to be done “in good faith and not under duress.”

Trade unions directed to conduct elections by next year