Embrace failure to grow your business 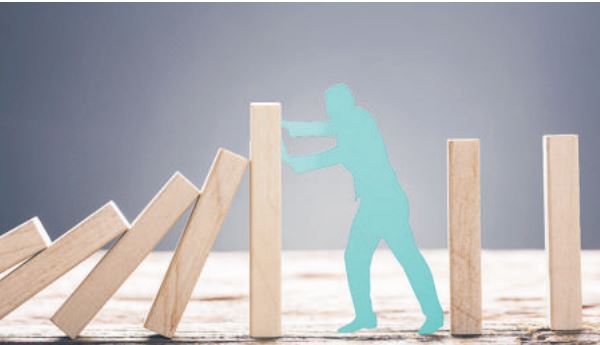 I had a talk with a friend who is interested in building a business/brand from the ground up. What I love about the initial stages of starting a business is the level of inspiration entrepreneurs have to face the next challenge. It is very important to stay motivated.

In the course of our conversation, I noticed that he displayed a few characteristics that I, myself had when I started out in business. In way of advising him, given my experience in business, I told him that over everything, he needs to take responsibility.

This means that the blame-game has to stop. I see young people putting up quotes everyday on how they are not loved or have ‘enemies of progress’. And I will say it bluntly; no one owes you anything. Case in point, a friend who was once employed in a family business got fired. It’s just the way of the world, if you don’t work for it, you don’t deserve it. Most importantly, take charge of your actions, and that will automatically take you to the next stage.

The other thing that came from our talk was how we always fight for a ‘spot’ in business, yet we should be creating new spots. In layman’s language, we are lazy. We get on what works, forgetting that whatever works was once an idea, a new idea. Remember that evolution is taking place everyday.

In United States, there was a movie rental chain giant called Blockbuster, who were once approached with the streaming idea. They didn’t buy into it. A few years later the same streaming idea killed the chain. The same applies to music, everything is going digital; adopt or die. Be part of the evolution and transformation, but more gratifying is creating one.

We can only be creators if we persevere. I was denied a spot in a TV show a while back. Later that week I met the director of the TV show, and he told me that I was more than what I was auditioning for. A year later, I was one of the judges at The Safaricom BYOB TV show together with Caroline Mutoko and Trushar K. Sometimes it takes rejection for you to realise your potential. And I am not just saying this because of that one scenario, but because I have been in numerous situations where I faced rejection. The other day Latim, who handles PR for Kaka Empire asked me; ‘What is that one thing that kept you going?’. I confidently told him, failure. You will never fail if you don’t try out new things. So everyone who is playing the safe card will never fail for it is based on routine. So I still fail and I will still fail in the future because I am always trying to disrupt the market.

Change with the changes

The dynamics of business keep changing every single season and the beauty of it is that as much as the business owners know the business rules, the consumer simply just wants satisfaction, simple. If, for instance, you compare how advertising worked 10 years and now you notice that, 10 years ago advertising was basic, straight to the point; billboards and ads on TV.

Now, the commercials have evolved and they have become more creative. Social media influencers and products placements in movies have taken over. The more creative they are, the better reception they get and that translates to revenue. This does not only apply to commercials but to marketing as a whole.

A week ago, if you noticed, I was at a traffic light and a group of dancers were dancing at each light. Such innovation makes me happy. And that works because young people will see the Shaku and Odi dances and since it resonates with them, they will be attracted. Attraction creates attention, and if they have a good marketing team they can manipulate that into revenue.

But after all is said and done, it boils down to your personality. We can be reading my columns every week, we can be disciplined enough to write notes down but main question is, are we willing to do what it takes.

By XN Iraki 8 days ago
Enterprise
A letter from Navakholo, Kakamega's famous town