Business News
The supply of sorghum would not be affected as it is a hardy crop and is grown in areas that do not receive a lot of rainfall anyway. 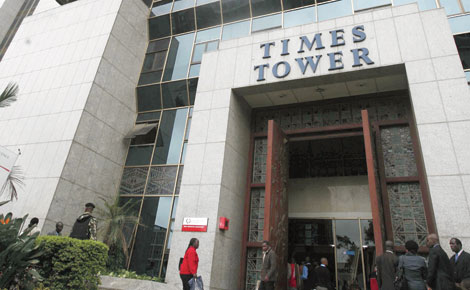 NAIROBI, KENYA: An increase of taxes in the next Budget would be a shock to businesses in Kenya and erode the gains made in increasing the ease of doing business, Kenya Breweries Limited Managing Director Jane Karuku has said. Mrs. Karuku argued that an increase would similarly and negatively impact Kenyans, who are already facing an increase in the prices of food following the delay of the long rains. She said an increase in Excise Duty would drive low-earning consumers towards illicit alcohol, eroding recent gains from reinforcement. This would further endanger lives and deny the government revenues it is already making from regulated alcohol consumption.

“We need a predictable tax environment to not only guarantee this industry’s growth but also secure lives of over 45,000 farmers earning over Sh2 billion to deliver raw material to us. A tax shock would be counter-productive for business and hiking things such as corporate tax to 35 percent would be a shock to businesses,” she said. Mrs. Karuku spoke Wednesday ahead of the company’s presentation on proposed tax reform to the Treasury. The company presented its proposals after Treasury asked for contributions from the public and interested parties as the government prepares its Budget for the next financial year. The Managing Director said that with companies coming out of the bad period following the lengthy electioneering of 2017, and with a lot of them issuing profit warnings, the Treasury should be careful not to implement policies that would harm business. Treasury last year introduced changes to the law, and Excise Duty will now be reviewed annually, with the rate pegged to the average rate of inflation for the past year. An increase in food prices because of the delayed long rains is expected to have an effect on the rate of inflation. EABL Corporate Relations Director Eric Kiniti said the company has been concerned about the lack of a harmonised taxation system by the national and county governments.

“Each county has its own law on the regulation of alcohol since this falls under devolved functions, and we are working with the Council of Governors to push for the implementation of a uniform law on alcohol regulation across the counties,” he said. While the overall environment has been good for business, said senior executives at Kenya Breweries, the delay of the long rains is going to affect millions of Kenyans because of the effect on food prices. Lawrence Maina, the General Manager at East Africa Maltings, a subsidiary of East African Breweries Limited, said the company has set up a team to mitigate against the effects of the looming drought. Mr. Maina said the delayed rains would likely affect the planting season for barley, which starts in May in some of the areas, but the company is confident that with barley planted in various highland areas, supply would not be affected. The supply of sorghum would not be affected as it is a hardy crop and is grown in areas that do not receive a lot of rainfall anyway.