Sex tourism: Is there more to ‘Mombasa raha’ than beaches? 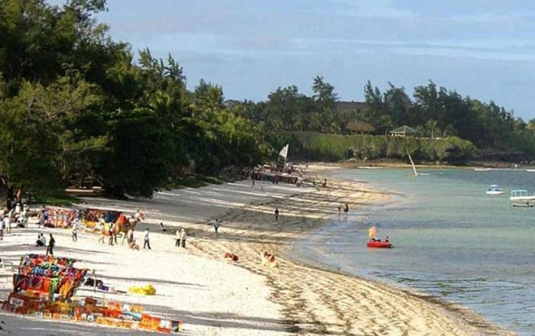 My visits to Mombasa and its environs are punctuated by views of couples strolling on the beach, enjoying the sunshine and humidity of the region. Occasionally, the man is much older and white, while the woman is younger and black.  I have never tried to talk to these couples for obvious reasons, but the age asymmetry amazes me. Rarely have I seen an elderly black man in the company of a young white woman. Occasionally, I’ll come across young black men and elderly white women, breaking the monotony. This asymmetrical relationship is well known, but there seems to be a conspiracy of silence. It seems well tolerated, accepted and secretly admired. The young women probably enjoy their hustle, getting money or sponsorship from men who have already made their money.

I would love to talk to these young girls and find out why they prefer elderly white men. I hear such men are generous, caring and genuine. Some women have got themselves husbands and their lives have changed. They say the rest of us tend to promise heaven but deliver hell. What cannot be denied is that money is a factor in these relationships. One gets the money or sponsorship, while the other gets attention and, in whispers, sex. I am told this hustle attracts lots of speculators from far and wide. It is speculation because coming to the Coast does not guarantee you a ‘sponsor’. Other couples meet online. To be fair to the coastal city, such couples and relationships are prevalent in Nairobi, but to a lesser extent. Maybe there are fewer Caucasians, and meetings are more private.  I am sure if one did some research to find out what bring tourists to Kenya, no tourist would tick sex. But the reality is that sex tourism exists and thrives. In fact, is sex tourism what popularised ‘Mombasa raha’?

The drivers of this hustle are easy to explain. Poverty drives many young girls to look for fortune the easiest way – using their youthfulness, which is an attraction to the elderly. We also cannot rule out the not-so-poor girls looking for adventure. The elderly might be lonely and seeking company or just adventure. And they have disposable incomes.  Grey area The power of media might also be a driver. We grew up fascinated by images of white men in movies on TV. Most are victors in their positions. Being associated with such men can subconsciously be viewed as the route to heroism. In fact, girls who get themselves such white men are often heroes in their villages and hamlets.  Should we lose sleep over this hustle?

Moralists will say it is exploitative, but it’s hard to prove exploitation if the women have reached the age of consent. Religion will be pacified if the relationship ends in marriage. It frets over casual love.  But economists will worry over missed opportunities as the girls pursue shortcuts to make their money. They would probably make more money elsewhere.  And who really benefits from sex tourism? Should we regulate it to accrue maximum benefits? Banning it will drive it underground. Should we accept it as normal and leave it alone?  Sex tourism is a grey area legally and in economics. With the rise of moral relativism, it’s unlikely to become a national issue. It will remain personal between the couples as the rest spectate. [XN Iraki; [email protected]]