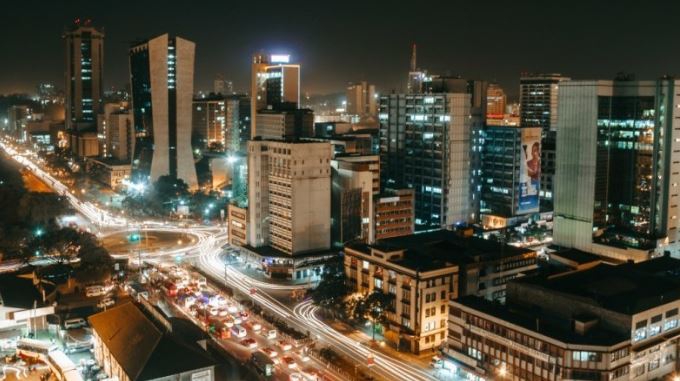 East Africa has enjoyed stronger and more resilient economic growth than the other regions in Africa, at over 4 per cent per year since 1990, on the back of a more diversified economy.

A new joint report by the African Union Commission (AUC) and Organisation for Economic Co-operation and Development (OECD) shows that East Africa and West Africa managed to reduce extreme poverty by 23 and 12 percentage points respectively between 1990 and 2013.

In addition to the underemployment and vulnerable employment that characterise most of the African labour markets, some countries in North and Southern Africa face high structural employment.

Africa's Development Dynamics 2018, the first annual economic report by the AUC since its creation in 1963, was released at the commission's headquarters in Addis Ababa. The report shows that in Central Africa, the number of jobs in the formal economy has been falling since 2015.

Inequality in Africa is most prevalent in Southern Africa, which, in terms of income, contains six out of the ten most unequal countries in the world.

The report calls on Africa to focus on development strategies that spur economic growth, create jobs and fight inequalities, a new joint report by the African Union Commission (AUC) and Organisation for Economic Co-operation and Development (OECD).

The report finds that a favourable trend in commodities price, strong domestic demand and macroeconomic policies to diversify national economies have been major drivers of the continent's recent growth.

It shows that Africa's growth is forecast to reach 4 per cent annually between 2018 and 2020. The decision by certain countries to increase investment in infrastructure and the growing number of commercial partnerships - with China, India and other emerging countries - have also proved judicious.

The report further shows that since the beginning of the century, Africa has ranked second behind Asia on the leader board of the world's fastest-growing regions, with average annual growth in gross domestic product (GDP) of 4.7 per cent between 2000 and 2017. This level of growth has, however, been insufficient to trigger fundamental changes.

The report focuses on "growth, jobs and inequalities" and highlights the importance of accelerating the structural transformation of African economies. It shows that growth is still inconsistent; between 2016 and 2020, just three of the continent’s 55 countries should reach the targeted average annual growth of over 7 per cent set by the African Union's Agenda 2063.

The growth has not created enough decent jobs, moreover, and 282 million people are currently working in unstable employment.

The report shows that at the current rate, 66 per cent of jobs will still be insecure in 2022, a figure far higher than the targeted 41 per cent for 2023. And the population of Africa is rising rapidly - a quarter of the global population will be African by 2050.

The report also draws attention to the need to increase productivity: African businesses are lagging far behind the rest of the world in sectors with high job-creation potential, such as agribusiness, construction, leather, light manufacturing and logistical services.

Furthermore, growth in Africa has less of an impact than elsewhere in the world on reducing inequalities and improving well-being. Despite a reduction, extreme poverty still concerns 35 per cent of the African population, or 395 million people.

The report stresses that public action is the key to improved performances when it comes to growth, jobs and inequalities. Domestic strategies are more effective when they encourage good inter-sectoral co-ordination of government action, the active participation of economic stakeholders and citizens, and a regional approach to development.

“Africa has significant assets for addressing its issues: a young and enterprising population, regions undergoing fundamental change with growth in the countryside and rapid urbanisation, considerable natural resources, dynamic economies, rich ecosystems, and a solid diaspora. However, far too often, public policies have failed to leverage these assets effectively," said Victor Harison, Commissioner of Economic Affairs of the AUC, while launching the report.

He added, "The implementation of the reform programme as set out in Agenda 2063 requires an increase in government capacities, greater responsibility, transparency, co-ordination and the promotion of positive institutional action."

Mario Pezzini, Director of the OECD Development Centre said Africa also has a vital role to play in the extensive reshaping of the framework of international co-operation as required by the Sustainable Development Goals (SGDs).

"The continent is an extraordinary cradle of innovation for development strategies, and it is important that its partners pay it greater attention and better support the implementation of its creative strategies”, he said

They should also strengthen social protection systems, improve Africa’s partnerships with the rest of the world, deepen regional integration, improve mobilisation of domestic resources and strengthen economic and political governance.

Pump prices unchanged as State ups subsidy
Business
By Macharia Kamau
41 minutes ago
World Bank seeks review of Kenya healthcare financing
Business
By Graham Kajilwa
1 day ago
Elections should not cause unease, economic uncertainty
Opinion
By Tobias Alando
1 day ago
Interact and socialise beyond work; you need it
Business
By Peter Theuri
1 day ago
The treasury is broke to sustain the Sh100 unga subsidy, says Munya
Business
By Mike Kihaki
1 day ago
.