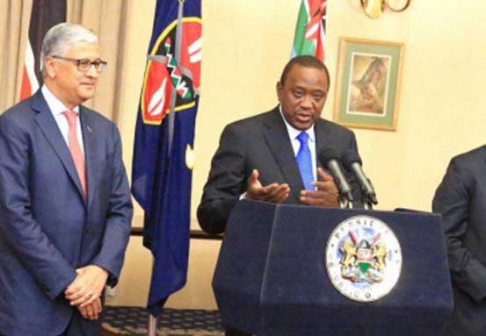 The brewer, controlled by Britain's Diageo, said in a statement on Thursday that net sales rose 2 percent, while it saved 2.3 billion shillings in operating costs in the period.

It said net sales in Kenya - which makes up about 70 percent of its profits - were up 4 percent despite higher excise duty and drought-induced inflation. Sales in Uganda rose 7 percent and shrunk 12 percent in Tanzania.

It said sales of new beer and spirit brands contributed an additional 19 billion shillings in total revenue across its East African markets, a 15 percent rise.

It recommended a final dividend of 5.50 shillings per share, unchanged from 2016.

The company said it had reached a settlement with Tanzania's Fair Competition Commission on the status of its acquisition of a controlling stake in Serengeti Breweries, Tanzania's second biggest brewer, but it did not reveal what the settlement consisted of.

In 2015, the commission began a process to cancel approval for East African Breweries' $60 million purchase of a 51 percent stake in Serengeti, saying EABL had not met some pledges made when it won permission for the deal in 2010.

Earlier this month, the brewer started construction of a 15 billion shilling plant in the western Kenya city of Kisumu, which is expected to be finished in the next two years.

The brewer is expected to give more details of its performance on Friday.