A Rwandan court has sentenced Paul Rusesabagina, a one-time hotel manager portrayed as a hero in a Hollywood film about the 1994 genocide, to 25 years in prison after he was found guilty of terror-related charges.

"Rusesabagina is guilty of being a member of a terror group and participating in terror activities," judge Beatrice Mukamurenzi said in the sentence delivered on  Monday adding,  "his act of terrorism led to death."

Earlier, Reuters reported that he had been found guilty of terrorism charges.

Rusesabagina, 67, who was feted around the world after being portrayed by actor Don Cheadle in the film “Hotel Rwanda”, is a vocal critic of President Paul Kagame. He denied all charges and said he was kidnapped from Dubai this year to be put on trial. His supporters called the trial a sham, and proof of Kagame’s ruthless treatment of political opponents.

Prosecutors had sought a life sentence for Rusesabagina on nine charges, including terrorism, arson, taking hostages and forming an armed rebel group. He was convicted of eight charges.

Rusesabagina has acknowledged having a leadership role in the Rwanda Movement for Democratic Change (MRCD), a group opposed to Kagame’s rule, but denied responsibility for violence carried out by its armed wing, the National Liberation Front (FLN).

Twenty other defendants tried with him included Callixte Nsabimana, popularly known as Sankara, a spokesman for the FLN. He told the court Rusesabagina was not a member of the armed wing. But judges said the two groups were indistinguishable, referring to them as the MRCD-FLN. Nsabimana received 20 years.

Rusesabagina refused to take part in the trial and has not appeared in court after attending the first few hearings in a bright pink prison uniform, face mask and handcuffs.

The 2004 film depicted him risking his life to shelter hundreds of people as manager of a luxury hotel in the Rwandan capital Kigali during the 100-day genocide, when Hutu ethnic extremists killed more than 800,000 Tutsis and moderate Hutus.

Cheadle was nominated for an Oscar and Rusesabagina received the Medal of Freedom - the highest civilian award - from U.S. President George W. Bush in 2005.

Some genocide survivors accused Rusesabagina of using their suffering to make himself look heroic.

“He dramatized his deeds in a film and won awards he did not deserve,” Naphtal Ahishakiye, the executive secretary of genocide survivor organization Ibuka, told Reuters by phone.

Rusesabagina’s family have previously dismissed such comments as a smear campaign.

Rusesabagina used his fame to highlight what he described as rights violations by the government of Kagame, a Tutsi rebel commander who took power after his forces captured Kigali and halted the genocide.

Rusesabagina’s father was Hutu and his mother and wife were Tutsi. He became a Belgian citizen after the genocide and lived in exile in the United States until last year.

In a video posted on YouTube in 2018, Rusesabagina called for armed resistance, saying change could not be achieved by democratic means. The year before, Kagame had won re-election with 99 per cent of the vote.

Rusesabagina’s trial began in February, six months after he arrived in Kigali on a flight from Dubai. His supporters say he was kidnapped; the Rwandan government suggested he was tricked into boarding a private plane. Human Rights Watch said his arrest amounted to an enforced disappearance, which it called a serious violation of international law.

Kagame denies accusations of abuse and has enjoyed support from Western donors for restoring stability and boosting economic growth. Rights groups describe the Rusesabagina case as part of a pattern of intimidating Kagame’s political opponents.

Carine Kanimba, Rusesabagina’s daughter, said the family knew what the verdict would be.

“He was denied access to his lawyers, international legal team, even his Rwandan lawyers, he has limited access to them and then he was held in solitary confinement for 250 days,” she said.

Rusesabagina’s Rwandan lawyer said they would meet him to find out if he wished to appeal. He accused Rwandan authorities of intercepting legal documents and denying him access to an international team.

Both Belgium and the United States criticised the trial.

“Mr Rusesabagina did not receive a fair and equitable trial, particularly with regard to the rights of the defence,” Belgian Foreign Minister Sophie Wilmes said in a statement.

Faustin Nkusi, spokesman for the Rwandan prosecution, insisted the trial was fair, Rwanda was experienced in holding high profile trials and that defendants had plenty of time to prepare. 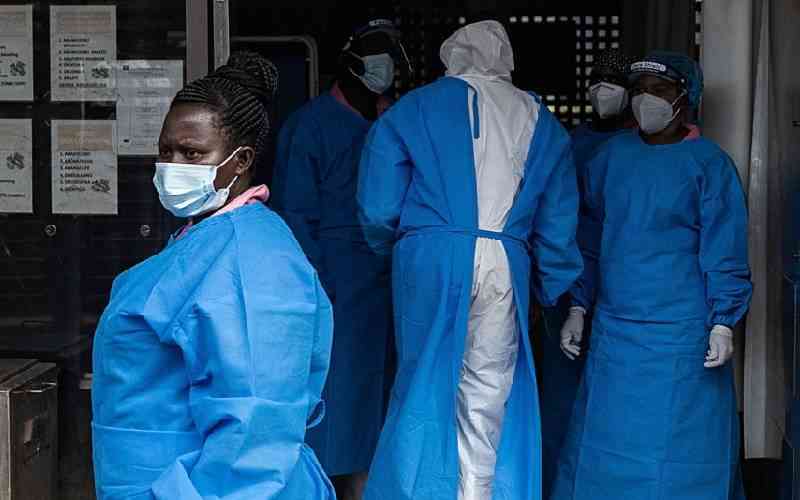