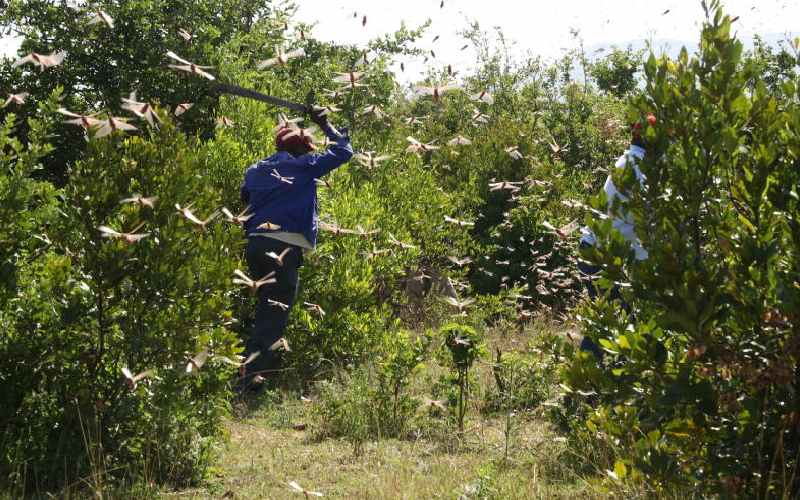 More than half the country's counties have been invaded by the destructive desert locusts in the recent past, threatening food security, Agriculture Cabinet Secretary Peter Munya has said.

Speaking at Marmanet town in Laikipia County over the weekend, the CS said among more than 24 counties that have been affected heavily by the infestation of swarms are those in the North Eastern and Eastern parts of the country.

Several counties in the Rift Valley, central and coastal regions have also been affected, Munya added.

"These are the counties that we have identified so far. As the government, we are helping in spraying to assist residents," he said.

He added that the government's efforts to spray the pests had led to more than 80 per cent of the infestation being controlled.

"If we had not made the efforts, they could have caused a lot more destruction," said Munya.

He said the inability of neighbouring countries such as Ethiopia to fight swarms of the insects, and the insecurity in Somalia were hindrances to efforts to contain the swarms in Kenya.

He said the government had adequate funds to combat the infestation but said bureaucracy in the procurement of the necessary equipment was slowing efforts.

Munya said his ministry has mooted plans to recruit and train Kenya Wildlife Service rangers as part of surveillance and control teams, especially in gazetted zones and protected areas where they have a better knowledge of the terrain.