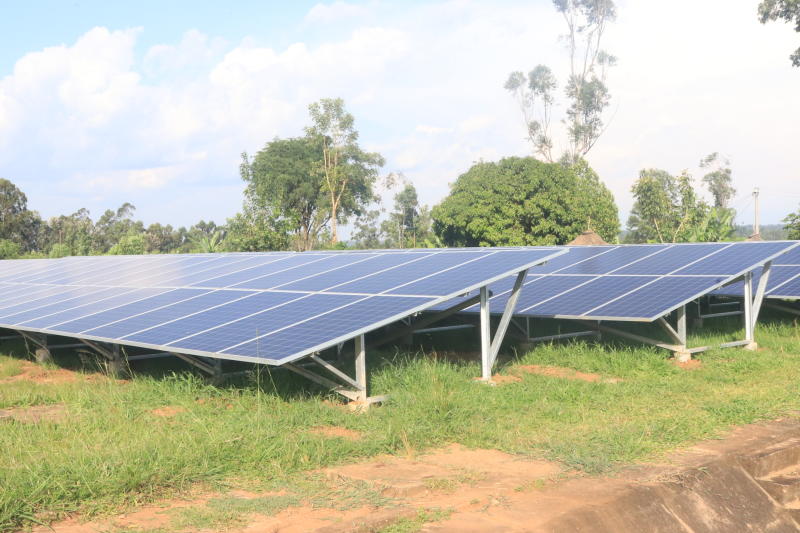 The government plans to widen surveillance of the solar industry. The move has seen the State introduce new requirements for industry players including technicians, manufacturers of equipment and traders.

This is even as the use of the cleaner source of electricity grows in Kenya and starts emerging as a key competitor to the traditional sources.

The increase in the use of solar energy is seen in the growth and amount generated and fed into the national electricity grid, including from State-owned Garissa Solar Plant.

Industries are also adopting grid-tied systems, even as more households rely on solar home systems for lighting and water heating needs. Key sectors such as agriculture have also taken up systems such as solar water pumping to reduce their power bills.

In the proposed regulations, the Energy and Petroleum Regulatory Authority (Epra) has set tough requirements for solar products. It wants all solar equipment imported into the country or manufactured to be of high quality, including meeting the Kenyan standards.

The current regulations are not specific on the standards to be met. “A manufacturer or importer of solar PV systems, components, and consumer devices shall ensure the products conform to the relevant Kenyan standard,” read the proposals in part.

The makers and traders of these products will also need to register with Epra.

The proposed regulations will also broaden the licences issued to technicians working in the industry. Previously, the regulator licensed technicians in three levels – Class T1, T2 and T3.

To qualify to hold a class T3 licence, a technician is required to hold a Bachelor of Degree in Electrical Engineering or a similar qualification including a Higher National Diploma.

In the proposed regime, Epra has expanded the licences into four classes - Solar PV Workers 1 (SPW1), SPW2, SPW3 and SPW4.

“The scope of solar PV technician licences Class T1 and Class T2 are limiting and thus need to be reviewed in line with the current market requirements. This is in addition to expanding the scope of the company licences to cover more aspects of the solar PV value chain,” said Epra.

There are currently 700 licensed technicians and 1,080 registered solar PV companies in the country. Epra said the regulations include consumer protection from sub-standard products, enhancing the quality of solar PV installations and to promote fair business practices in the solar PV industry.

The regulator said it expected the adoption of solar products to continue going up owing to the drop in global prices. While still capital intensive, the cost of solar equipment has over the last decade declined by about 90 per cent, bringing it closer to the grasp of more Kenyans.

The energy sector regulator noted that over the last decade, the amount of solar power that is being fed to the national electricity grid has increased to 250 megawatts (MW) this year - from a paltry 12MW in 2012.

It projects that this will increase to 500MW in 2025. Off-grid products such as solar lanterns, TV sets and fridges have also grown. More than 500,000 units are distributed and installed in Kenya annually.

In the regulatory note, Epra said the industry cannot self-regulate as it is yet to mature to the point where all stakeholders, including consumers who can sit at a table and agree on what is best for everybody in the industry. “The self-regulation mechanism is not viable considering that the existing umbrella organisations do not represent all the players,” said Epra.

“The players’ organisations do not have the capacity to provide education, training and skills development to all players which is a requirement for self-regulation. Similarly, there no mechanisms of censuring non-compliant members.”

The flip-side of the proposed changes is that battle for the presidency will be left to serious candidates who have the best chances.