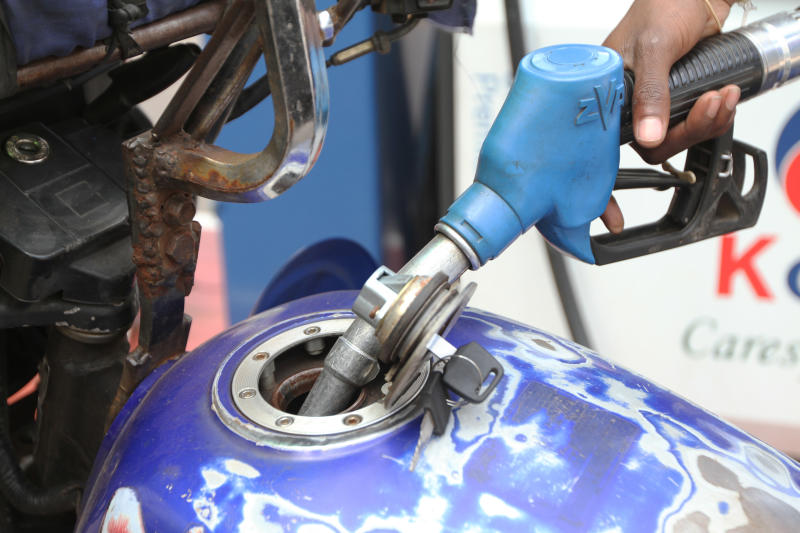 Kenyans will for the second time in less than a month dig deeper into their pockets to pay for fuel prices as the Government increased taxes that motorists pay.

The price of super petrol will go up by a shilling per litre starting this morning while that of diesel and kerosene will increase by 50 cents each.

This comes after the review of excise duty on fuel to take into account inflation.

The increase on petrol follows that of Sh1.48 per litre on September 14 during the monthly price capping guide. The adjustment on diesel and kerosene negates marginal reduction in the price of the two products announced last month.

Kenya Revenue Authority (KRA) in a recent legal noticed increased excise duty rates of certain products to take into account the rate of inflation. The rate changes annually depending on the cost of living and comes to effect on October 1.

The Energy and Petroleum Regulatory Authority (Epra) said the new prices would be in effect between today and October 14 when it publishes the regular price capping guide.

“KRA has adjusted upwards the excise duty on super petrol, diesel and kerosene after taking into account the average inflation rate of 4.96 per cent for the financial year 2019-20,” said Epra in a statement yesterday.

“Accordingly, Epra has recalculated the maximum wholesale and retail pump prices that will be in force from October 3 to 14 taking into account the revised excise duty rates.”

As a result, the regulator said, the pump price per litre of super petrol in Nairobi increases by Sh1.12 while that of diesel and kerosene increase by Sh0.58 per litre respectively.

Excise duty is levied in nominal amounts, informing the decision to review it annually based on the average rise on the cost of living as measured by inflation, and affects locally manufactured as well as imported goods.

The upward review of excise duty to account for inflation means the effective rate has increased to Sh21.95 per litre of petrol and Sh11.37 for a litre of diesel and kerosene.

More than 50 per cent of the money that motorists pay at the pump goes to the government in form of taxes and levies.

Out of the Sh106.55 that consumers pay for a litre of petrol at the retail outlets, a total of Sh55.38 is taken up by taxes and levies.

Brace for fresh round of fuel pump price hikes