Bullying and the silent ‘initiation’ to Form One

Michael Mubia is excited and at the same time fearful of what to expect when he joins Form One next week.

One of his uncles has fed him with horrifying tales of bullying. To back his claim, the uncle has shown Mubia a scar on his head that was allegedly inflicted with a hockey stick.

Mubia is scared that –– his uncle keeps telling him –– older students will force him to fetch water with his palms, order him to wash their clothes, take all shopping or take his new uniform.

One of the tales the uncle keeps spinning is how he was forced to buy a loaf of bread with 50 cent and ordered to bring change. That was in the 1990s and Mubia is afraid things have not changed much.

Like Mubia, many prospective Form Ones must be scared.

"A lot of my friends have told me bullying is like an initiation, it is a reality and I must be willing to face it," says the 13 year-old.

"I know, I will be forced to wash their clothes," says Carol Rachiel who hopes to join a girls’ school in Mombasa.

"I hear bullying is no longer tolerated so I am not afraid," says Peter Wanambisi.

But do prospective students and their parents have something to worry about?

In a research conducted in 2007, it was shown that students in Kenyan secondary schools were experiencing higher levels of bullying than the international trend.

According to the research, many viewed it as a form of initiation into ‘adulthood’ that had to be administered and tolerated.

According to the research by the Africa Mental Health Foundation, those who are bullied also become bullies and the cycle went on.

It is only three years since the concern was raised and some observers say little has changed.

"I doubt schools have put in measures to discourage bullying," says a former counsellor at a city school.

"We learned to attach respect to violence, to understand violence as ordinary, not needing comment, essential for daily life," says Dr Macharia Keguro who teaches Literature at Continental University in the US.

He goes on to say: "There is a complex multi-layered narrative to be told about how the figure of the bully became inextricably bound to education. Bullying became normative and normalising, creating us as students and citizens."

Although the issue of bullying is common and talked about in Kenya, the scientific proof was a wake up call.

"The high prevalence of bullying in Kenyan schools is worrying, and may be detrimental to the victims if well defined interventions are not put in place," said Prof David Ndetei during the release of the report.

The lead researcher and lecturer at University of Nairobi about 82 per cent of over 1,000 students interviewed said they had been bullied.

Day scholars and those in Form Three and Four, tended to suffer less this type of bullying, the study found. Other studies elsewhere have indicated that those whose belongings are taken rarely tell their parents. They lie about having lost it.

According to the research, the incidences of bullying were high in boys and mixed schools –- 67 percent ––, with the students reporting three out of the four bullying frequencies compared to 60 per cent among girls. Boys were found to be more victims of bullying than girls.

But direct and indirect bullying was worse among students in national schools.

The report showed 70 per cent of those interviewed from national schools had experienced at least one form of direct bullying compared to 60 per cent in provincial schools.

The researchers did not say the reasons for the differences, but they alluded to the fact that national schools are a mixture of students from diverse socio-cultural, rural, and urban backgrounds. Those who were bullied considered school unsafe, had increased risk of depression, and had low-esteem tendencies that progressed into adulthood.

Bullies were found to be in the same class as their victims. However, 30 per cent of victims reported those who bullied them to be older, with 10 percent saying their bullies were young.

Students in Forms One and Two suffer the highest rates of direct bullying compared to those in senior forms, the study found. Bullying happens at school in dormitories, playgrounds, corridors, and on the way to and from school, away from adult supervision.

But a dangerous trend that worried the researchers was victims of bullying later turned into bullies as well.

"When I got to Form Two, I could wait for Form Ones to come to take it out on them," says a college student Kenneth Kimondo .

Bullying takes various forms such as teasing, taunting, threatening, hitting and stealing of property belonging to the victim. Technology like mobile phones and Internet has added another twist of the situation.

"Bullying is all about power. Some derive satisfaction from inflicting injury and suffering on others," says a teacher who requested anonymity.

Victims of bullying are insecure, anxious, suffer low-esteem and rarely defend themselves. Most of them are socially isolated, physically weaker, and tend to be close to their parents who are in turn over-protective, the researchers say.

They rarely tell their parents, teachers or any other adult about the bullying incidence, for fear of further violence.

"I was bullied for a whole year. Form one felt like a hundred years. I could not tell anybody because that meant more beatings," says a former student.

Experts say parents and teachers should watch out for signs that students are being bullied.

"We need to move on to civilisation. I was forced to sing lullabies to older boys. There should be heavy punishment for those who bully others," says Joseph Omwoyo, a parent. 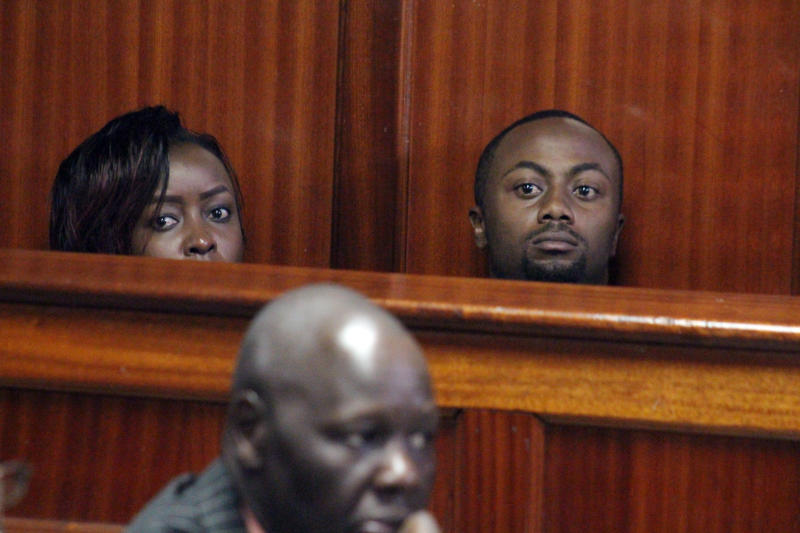