America, no place for a good wife

John Kimeo’s eyes are heavy with sleep. A security guard with Roy Clark Security, Kimeo is at Mzalendo Store, Jersey City, to cash his bi-weekly paycheque and send the money to his wife, Mwende, and four children who live in Kenya.

"Habari John?" I greet him.

He turns to me, all smiles. "Nzuri sana," he replies.

"How is your family?"

"My first born is going to university this year," he says. "I’m here to send money for his college education."

For a moment John is silent and his face darkens. "It is difficult to keep a spouse and family a continent away. But it is the best option," he says.

Kimeo came to the US 30 years ago on a student visa. He enrolled for a course in engineering at the University of Minnesota. But he dropped out of school to work and pay school fees for his seven siblings in Kenya. His dream was to lift his ageing parents from absolute poverty.

For many years, Kimeo worked as a security guard, in nursing homes, doing virtually every kind of petty job. When his visa expired, he married an American woman as a gateway to obtaining US citizenship.

Ten years later, he returned home to Kenya to a glamorous reception. In the entourage that turned up at the airport to receive him was a young, beautiful woman called Mwende. His parents had sought and betrothed Mwende for him.

They got married at St Peter’s Cathedral, Nairobi. For the bride, it was a way to access the stage as a true heir to the American Dream.

On the day Kimeo returned to the US, Mwende’s heart was distressed, her face soaked in tears.

But her case was not unique. Kenyan men who live in the US have been returning home to marry and leave their newly weds behind for decades.

Most parents whose sons live, work or study in the US, feel greatly honoured if the sons marry from their community. This way, the wealth generated in the US and sent home could remain in the family, under the control of the sons’ parents. It is a case of parents and siblings self-appointing themselves custodians of their kin’s stream of trickling manna from the land of plenty. It is about greed and insecurity. The parents fear their son’s wife may escape with his wealth or inappropriately spend it.

Yet reasons abound explaining why Kenyan men go home to marry and leave their spouses back as they return to live and work in the USA.

Ben Onserio, a teacher in San Francisco says, "Most men are under the illusion women back home are innocent, unspoiled and living chastely." This cultural view reduces women to chattels in the subservience of male chauvinism.

In America, institutions that protect human rights are so established that it would be especially difficult to deny women their rights as equal human beings. This includes access to affection, conjugal rights and wealth.

Kenyans, both men and women, undergo change when they come to the USA. But to a prejudiced mind, a woman’s character must remain unchanged. For such supremacists, it’s a sin for a woman to adapt to a new lifestyle. But they acquire education and their exposure to higher income and improved standards of living empowers them to be economically more independent than most of their counterparts back in Kenya. US law protects all humans. For instance, it cuts to size the hateful habit of wife-beating and corporal punishment of children. In the US, the acts are called assault on a female or domestic violence and child abuse. A few Kenyans I know are languishing in prison for these crimes. After their sentences, they aren’t free men. They carry the burden of a criminal history. This cripples access to employment and reasonable income.

A Kenyan woman recently sued her husband for rape. A judge in Baltimore, Maryland, sent him to prison for seven years for raping his wife. With the sentence came the end the man’s flourishing career and practice as a medical doctor. Even when his prison sentence ends, he’ll live with the indignity of his name on the sex offenders list.

In spite of the bond between Kimeo and Mwende, Kimeo has not filed papers for her to become a US citizen. Like many other Kenyan men, he believes America could poison the mind of his wife.

Chibet, a businessman in Charlotte, North Carolina, has vowed never to marry again as long as he lives in the US. "Kenyan girls in the US have all gone bad," he says.

For a decade, he worked like a donkey and saved enough to buy a house. He’d conquered the American Dream and returned to Kericho to marry a nice girl — an uncorrupted village ingÈnue, Chelimo, with whom he victoriously returned to America.

For a long time the couple lived peacefully and were blessed with three children in due time. "It’s a woman’s job to take care of children," Chibet had reminded her of the all-important cultural role women played. He continued to work hard and bought another house that he rented out to make ends meet.

During the long hours her husband worked, she remained home to gossip with other women on the phone. She chatted on Facebook and Twitter. She also joined the Internet group ‘Lonely Housewives’.

"She became wiser in American ways. I don’t know how long they had been lovers, but it was the greatest shock of my life that she had always invited this man to our marital bed when I was at work," recalls Chibet.

"What’s going on here?" he shouted at his wife.

"It’s your mistake," she said. "You’ve been stalking and spying on me. And that is a crime," his wife said.

Chibet beat her up. He didn’t stop until police were handcuffing him. The ambulance’s siren rose and fell in ear-bursting diminuendos, rushing his wife to the CMC Hospital. Chelimo was treated and discharged that afternoon.

"I was jailed for one year," Chibet recalls. "By the time of my release she had filed divorce proceedings, which were quickly ruled in her favour."

Chibet lost his houses. His wife had spent

his savings while he was in prison. Nobody was willing to employ him when he left prison for the serious crime of wife battering. Now he has supervised visitation with his children in addition to the child support he is mandated to pay his wife.

It is a situation many Kenyan men don’t want to get themselves into.

For this man in Eldoret town, getting to the destination seems to matter more than how he does it, even if the chicken have a complaint or two to cluc

By Robert Kiplagat | 8 minutes ago

By Antony Gitonga | 16 minutes ago 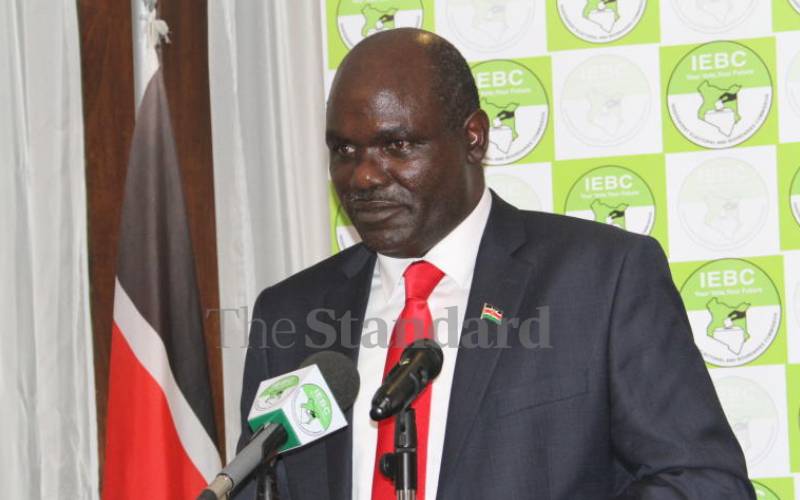