At the top of a hill three kilometres south of Kakamega town stands the mysterious Crying Stone of Ilesi, a clearly visible landmark on the left of the highway as one drives towards Kisumu.

The rock formation resembles a solemn head falling on weary shoulders. From its top, ‘tears’ flow down the length of the column, about 40 metres long.

Legend has it that the ‘tears’ never stop flowing, but the mystic stone was dry when the Sunday Magazine team went calling, although it was stained a dark green colour from the many years of ‘weeping’.

For anyone at the foot of this phenomenon, the most striking feature is that it resembles a gowned figure, perpetually in tears flowing from ‘head to toe’ — an image spiced-up by myth and folkfore.

For the Government, it is simply another tourist attraction within the Western Kenya tourism circuit. And to scientists, it is a formation consisting of a large boulder balanced on a column of rock with water flowing from a groove in the middle. Indeed, geologists describe it as an acid plutonic rock consisting mainly of quartz, alkali, feldspar and mica.

However, the stone is held dear and is of great cultural and spiritual importance to the Luhya community and the Isukha sub-tribe in particular. The Isukha live around the rock’s formation.

"To visitors, it is just another attraction but to us locals, it affects our lives in many ways just as it affected the lives of our forefathers," says 78-year-old John Shikhomoli.

The community has resisted the take-over of the crying stone by the Government or private developers who would like to build a resort in the area.

Villagers say when the stone cries, it is a good omen, signalling a bumper harvest, for instance. When there is drought, the community carries out rituals here to persuade the gods to bring rain. Other rituals are performed to allay disasters.

There is a symbolic meaning when the stone ‘cries’ when it has not rained, villagers say.

Shikhomoli says the site is also used for cleansing victims of incest in families.

"There is a cave under the crying stone called Shimichiro, where those involved in acts of incest are cleansed before they can be re-accepted into the community," explains Shikhomoli.

The cleansing process involves those affected going to the cave to be administered traditional herbs, normally prepared by respected elders.

According to testimonies, so effective is the cleansing, that no misfortune comes the way of those cleansed thereafter.

During sacrifices to appease the gods for rain or to avoid looming calamities like famine, several animals are slaughtered in nightlong festivities held at the foot of the crying stone. Women and children don’t participate in these festivities which are exclusively a men only affair.

The women’s role is to prepare food for the rituals.

"We prepare the food for our men who take part in such rituals but we are not allowed to participate otherwise," Queen Jedina, 65, explains.

After performing the rituals, the men usually slaughter a bull, a sheep, a goat and some chickens to go with traditional foodstuffs such as ugali made from millet flour for the feast, explains Shikhomoli.

On the night of the ritual, Isukuti dance troupes brought in from various parts of the region entertain those in attendance.

The crying stone is so revered that folk has it that it even fought wars for the Luyha. One of such stories dates back to pre-colonial times. Local elders say there was war between Luhyas and the Nandis over the boundary of the two communities. During one instance, the Nandis tried to pull down the stone, which they believed gave the Luyha immense supernatural powers. At the end of the day, more than 100 Nandis died.

"The Nandis thought the stone was helping Luhyas to miraculously out-stage them and all of those who attempted to floor it perished," explains. Shikhomoli.

This, he says, shows that the stone has magic powers and can protect the local people against any evil designs by enemies.

The crying stone is also of religious importance as churches such as Legio Maria and Rosary Church make pilgrimages to it, camp there overnight as they fast and kesha (hold night-long prayers).

"We receive Legio Maria members from far away areas like South Nyanza who come to worship here in seclusion. They believe they can communicate better with God that way," says Kelvin Juma, a villager.

He says some of the religious groups decide to camp at the site while crossing into a new year or celebrating Easter festivities, among other significant holidays.

Musicians also make good use of the crying stone to promote their music in terms of a scenic site to record videos. Jacob Luseno and Sukuma Bin Ongaro have at one time or the other used the stone as background for recording their music.

"We believe they do so because it makes their music even more acceptable among our people when familiar landmarks like the crying stone features," says Pius Wekalao, a Kakamega resident.

Wekalao adds that some people even visit for egotistical reasons. "They come to be photographed at the foot of the stone, so that it can be recorded in history that they were photographed there."

Despite the bad state of the Webuye-Kakamega road and the Kisumu-Kakamega road, several foreign tourists visit the crying stone annually.

"On average, we receive between 300 and 500 foreign tourists every year," notes one of the youths who guard it and usher in visitors.

Local tourism also thrives at Ilesi. For example while driving along the Kakamega–Kisumu road, it is common to see Kenyans stopping their vehicles beside the road to have a glimpse of the stone.

Schools and colleges from the Western Kenya region and other parts of the country also tour the crying stone as part of their academic or educational tours.

Whenever a vehicle branches towards the stone at Ilesi, villagers flock out of their homesteads immediately to welcome visitors, with some demanding some cash.

Foreign visitors are charged higher rates by the villagers than local Kenyans or other Africans.

"We may charge a foreign tourist Sh500, but locals pay around Sh200 to witness this great landmark that is nature’s wonder within the region," adds another villager.

The Sunday Magazine was no exception, as it had to part with Sh200 to reach the site and carry out interviews with the villagers.

Villagers believe with improved roads linking Kakamega with other towns within the Western Kenya region, more visitors can flock Ilesi and improve its revenue.

"We always hear funds have been allocated to improve the Kisumu-Kakamega road and the Webuye-Kakamega road but their deplorable state has remained the same for years," they lamented.

The villagers also question why the government has been highlighting the crying stone as a leading tourism attraction within the region, yet it cannot even improve the diversion from the Kisumu-Kakamega road to the site.

And true to their word, accessing the site is not easy for the urbanised lot, for you have to meander through rough patches before getting to the mystic rock. That is what you have to do to satisfy your curiosity.

Professionals will save you time and money

You have probably been in a situation where your spouse insisted that he or she could handle a certain task just as well as the expert could, only to make a big mess of it. It probably cost more to repair the damage than it would have to pay the expert to fix the initial problem. 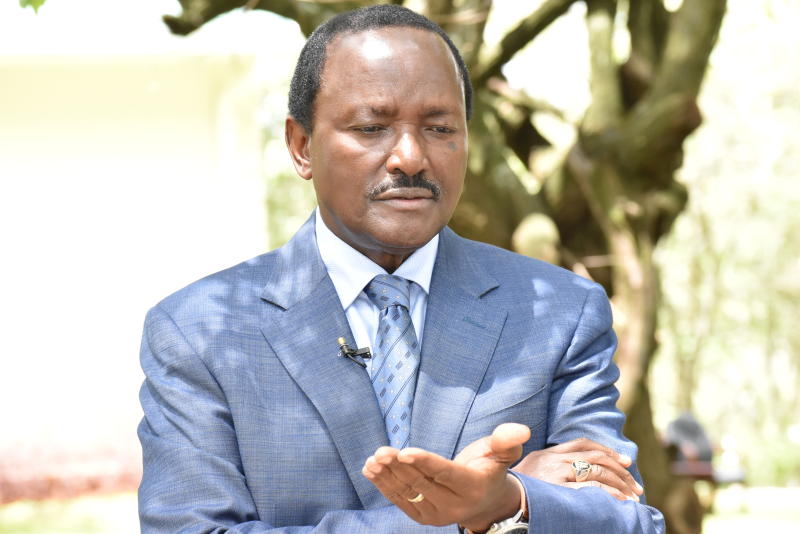