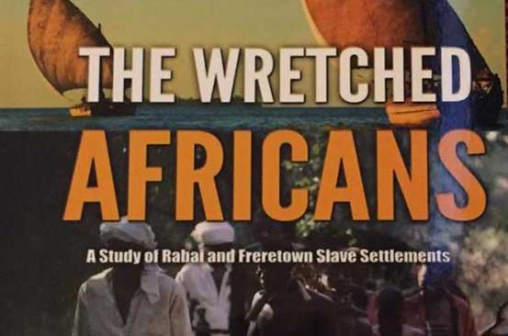 The nineteenth century slave trade in Eastern Africa has been documented as a key historical event.

The harrowing experience of the victims has been narrated by Joe Khamisi, a slave descendant, in his book, The Wretched Africans; A study of Rabai and Freretown Slaves Settlement.

Khamisi had an opportunity learn about their tales of horror and in his  book launched on Thursday, he pays tribute to slaves and descendants of the 19th century slave trade.

The book features  testimonies of freed child slaves as told by their descendants. It describes the routes used by Arabs and selected list of African slaves, traders and brokers.

The West should offer reparations for slavery

It is not yet uhuru for some people in Africa

Khamisi, a former journalist and MP, notes that he was overwhelmed by the historiography of slavery and the ignominy of the human race that allowed tens of thousands of Africans to be sold as merchandise.

Kalekwa died before he was born but he recalls spending hours at Pauline’s feet, listening to tales of her kidnapping in Zaramo, Tanganyika now Tanzania, dramatic rescue at sea, and how British navy brought liberated slaves in Zanzibar from where she was bought and transported to Rabai.

He writes: “I also met other immigrants such as Mzee Chirwa and Mzee Fikirini at Mombasa and heard their stories as they shared with others during meetings at the Nyasaland club at Majengo King’orani in the 1950s. This book represents the realisation of my life-long dream. It is a story I had written not only for the world to hear but for the future generations of descendants to read, ponder and cherish. It is as much a narrative of the nineteenth century slavery on the east coast of Africa as it is of my personal history.”

Khamisi collected oral and written testimonies from the slave descendants, submissions from families of freed slaves and oral testimonies and notes from his grandmothers; Emily and Pauline and his parents.

His enthusiasm drove him to the public libraries of the city of Plano, Texas, United States of America where he borrowed books on slavery and related subjects.In one of the testimonies of freed child slaves, Khamisi’s maternal grandmother, Pauline narrates her journey to slavery and how she was rescued.

Khamisi says the fate of thousands of African slave descendants is still unknown, many years after the abolition of slavery.”A much fewer number of freed slaves and descendants managed to lead a life of dignity and pride, but for most, life was, and continues to be one long journey in poverty and destitution.”

- Khamisi is also the author of Dash before Dusk: A Slave Descendant’s Journey into Freedom and The Politics of Betrayal: Diary of a Kenyan Legislator

Shock as woman says making love to own son is ‘incredible’

A mother reunited with the son she gave up for adoption 30 years ago says now they’re in love - and trying for a baby together.

A banner year for film
.