By Wainaina Ndung'u | 2mos ago 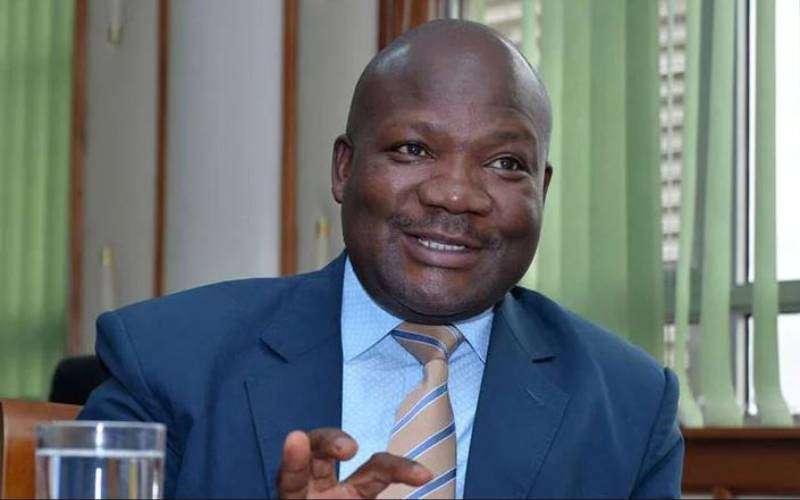 Kakamega Governor Fernandes Barasa (pictured) has had a two-day marathon grilling at the Ethics and Anti-Corruption Commission (EACC) headquarters in Nairobi.

The sessions that started Monday spilled over to Tuesday where investigators interrogated the governor over Sh18 billion alleged loss at Kenya Electricity Transmission Company (Ketraco) where he served as CEO.

Mr Barasa flanked by county aides arrived at Integrity Centre at around 8.30 am on Monday and left at 9.30 pm after a marathon session only interrupted by lunch and health breaks.

The governor's aides ordered for packed lunch which he took at EACC offices and he didn't venture out until the session ended at 9.30 pm.

He briefly addressed the media and left but EACC officials declined to comment about the grilling.

On Tuesday, November 8, the governor arrived at EACC headquarters at 7.30 am and by 4.30 pm he was still being interrogated.

"We are investigating the governor pursuant to a National Assembly's Public Investments Commitee (PIC) report that called for further investigations on how Ketraco lost Sh18 billion in the Marsabit Wind farm and the Loiyangalani-Suswa high voltage transmission line project," said an EACC official in a grilling progress briefing at about 7.30 pm on Monday.

The EACC officials are believed to have already interrogated former senior government officials and plan summon others in the coming days.

Barasa resigned as Ketraco boss in February to contest for the Kakamega governor seat leaving just two months before his tenure ended in April.

He left office before responding to audit queries by the PIC.

EACC is investigating the power projects following the PIC report indicating that taxpayers could have lost Sh18 billion.

The money was paid to the investors behind the Lake Turkana Wind Power project after delays to connect the firm to the national grid once it was ready to start generation.

The Sh18.4 billion was paid as penalties in the form of Deemed Generated Energy between May 2017 and September 2018 according to evidence adduced to the PIC.

The PIC recommended investigations against the Ketraco managers for breach of contract management including failure to acquire transmission line wayleaves on time and delay in signing additional contracts with the contractors who eventually built the power lines.

The PIC also recommended that the Ketraco managers as well as the accounting officers at the Ministry of Energy be held accountable for failure to conduct an independent risk analysis for the project.

According to the PIC, the breaches had delayed completion of the transmission line and exposed taxpayers to the delay penalties as stipulated in the contract with the wind farm investors.

At a cost of US$ 680 million (Sh70 million) covering the wind farm and transmission line, the project remains the single largest private investment in Kenya's history.

The PIC investigation was triggered by the Auditor General Report indicating that taxpayers could have lost the billions of shillings through deliberate “omissions and commissions” which delayed completion of the transmission line.

The project, was a flagship Public Private Partnership (PPP) venture under the the Kenya Vision 2030 covering the energy sector injecting an additional 300 MW into the national grid.

It was meant to lower energy costs by enhancing power generation capacity and diversifying the energy mix in addition to the existing hydro, geothermal and thermal generation streams.