President William Ruto 'turns off' interpreter during his visit to Tanzania 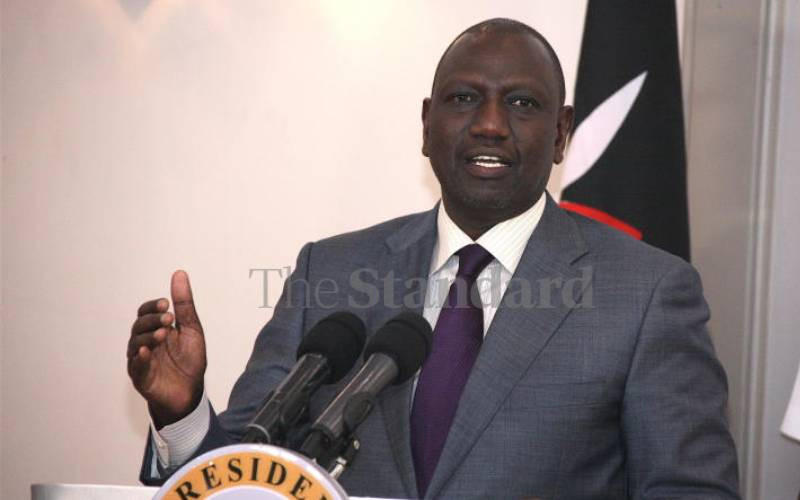 President William Ruto (pictured) on Monday, October 10 stopped a Tanzanian official from translating his speech claiming the translator was confusing him.

Ruto, who is in Tanzania for a two-day State visit, was addressing a press conference in English at State House alongside his host, President Samia Suluhu.

He jokingly asked the translator to take a seat and promised to repeat his speech in Kiswahili.

"I don't think it is necessary to translate. Is there anyone here who does not understand English? I will repeat the speech you can just stop. You are confusing me," he said, adding, "I struggled with Kiswahili in the morning... Allow me to speak English so that everyone can understand me."

The two heads of State are expected to hold bilateral talks on issues affecting the two countries.

William Ruto: I don't think it's necessary to translate; is there anyone here who doesn't understand English?#KTNNewsDesk pic.twitter.com/Vx87HRtHcN — KTN News (@KTNNewsKE) October 10, 2022

During his tour of Uganda, Ruto stressed the need for the East African Community (EAC) to eliminate restrictions inhibiting free trade and the movement of citizens across borders.

He said having borderless EAC will allow people, goods and services to move across the region unhindered, creating opportunities, wealth and prosperity.

Since his inauguration on September 13, President Ruto has visited several countries, including England to attend Queen Elizabeth II's funeral, the United States for the United Nations General Assembly, Ethiopia for bilateral talks, and, most recently, Uganda to mark the country's 60th anniversary of independence.

The visits are seen as part of Ruto's efforts to familiarise himself with the neighbouring country's counterparts as he kicks off his tenure as Kenya's fifth President.