Raila allies who clinched governor seats are keen on holding a big sway over the assemblies, aware of the fact that the William Ruto-led Kenya Kwanza controls the Senate.

The push by governors to have the majority side of the assembly on their side, observers say, is a precaution just in case impeachments threats arise against them.

David Omato, an analyst, says Nyanza region could be facing the challenge of adopting to new leadership but adds that MCAs should make decisions without being coerced.

“The tidings have changed in Nyanza politics. The economic prospects of the region will depend on what direction the newly elected leaders will take. They need to unite for the common good of our people.”

The six assemblies in Nyanza - Kisumu, Siaya, Migori, Kisii, Nyamira and Homa Bay - were riddled with wrangles for the part of their last sitting, with impeachments of speakers, one after the other.

MCAs from the wider region will be remembered for constant squabbling, fist fights and endless political supremacy wrangles.

Since they came into office in 2017, peace largely remained elusive. Raila and the Azimio leadership are keen to ensure the new assemblies are united.

On Monday, Raila, in the company of Governor Anyang Nyongo, met with Kisumu MCAs ahead of yesterday’s first sitting of the assembly.

Kisumu Deputy Governor Mathews Owili had confirmed to The Standard that the ODM leader was to meet leaders from Kisumu. He, however, declined to divulge details of the meeting.

ODM and by extension Azimio, won all governor’s seats in Nyanza but had a stiff competition in the race for parliamentary and county assembly seats. The race for Kisumu County Assembly Speaker had sparked controversy, dividing the MCAs who are supporting outgoing speaker Elisha Oraro and former Majority Leader Samuel Ongow.

Oraro was said to have had the support of ODM after Edwin Sifuna, the party Secretary General, wrote to the MCAs in support of Oraro.

At the Homa Bay, Kisii and Migori county assemblies, leadership wrangles dominated their stint in office with residents claiming that the constant infighting is what pushed them to reject most of them at the ballot.

In Kisii, the assembly is set for its first sitting tomorrow but faces a sharp split emanating from past wrangles pitting outgoing speaker David Kombo and clerk James Nyaoga.

A number of MCAs elected on fringe parties were initially in ODM but were knocked out before and during the party primaries. The 45 assembly members have been elected from more than 10 political parties. In Homa Bay, Raila and Governor Gladys Wanga will have to go an extra mile to have a united assembly if the happening in the last assembly is anything to go by.

Wanga is facing an election petition filed by Dr Evans Kidero. The party would not wish to lose the majority stake and support in the assembly as the petition gets underway.

Wanga and Migori Governor Achillo Ayacko are eager to have preferred speakers take over the county assemblies. The new MCAs are expected to oversee the adoption of the Budget Appropriation Bill for the 2022/2023 financial year whose passage stalled as a result of endless wrangles.

In the last four years, ward reps in all the six Nyanza counties have traded political barbs at the expense of service delivery.

Weeks before the assemblies closed, the ward reps were still engaged in supremacy wrangles.

In Migori, the wrangles peaked when ODM, at some point, attempted to engineer the impeachments of former Governor Okoth Obado. The tug of war left the Orange party with an egg in the face.

In Nyamira, Raila’s party lost the majority stake in the assembly to UPA. Governor Amos Nyaribo (UPA) is likely to get the majority house leadership to his side.

Chinese construction firms mark 10 years of work in Kenya
National
By Stephen Rutto
4 mins ago
Court told 31 polling stations in Wajir contest had irregularities
North Eastern
By Kamau Muthoni
26 mins ago
France to make condoms free for anyone under 25, Macron says
Europe
By AP
29 mins ago
Croatia coach Dalic: This is what we did to beat Brazil in World Cup quarterfinal
Football
By Xinhua
50 mins ago
. 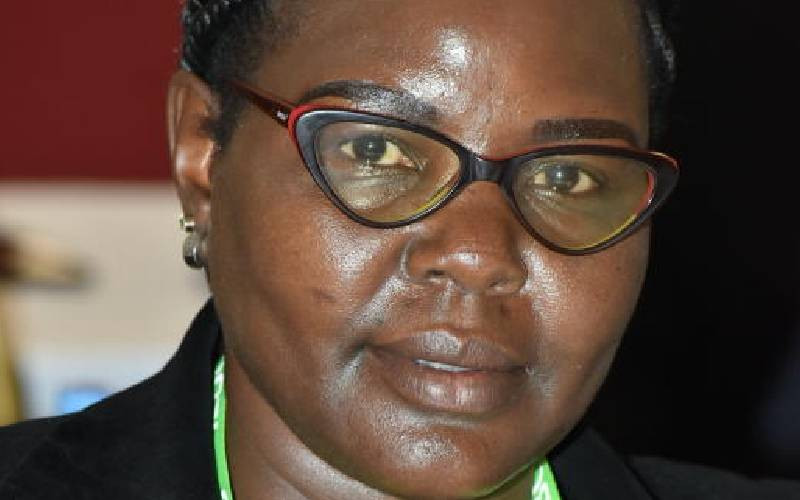 By Xinhua 50 mins ago
Croatia coach Dalic: This is what we did to beat Brazil in World Cup quarterfinal
.