The turn of events could likely deal a major blow to Odinga’s camp in the region. The majority of the leaders who attended the meeting had, during the campaigns, complained of intimidation and harassment by a senior government official from Gusii region.

The leaders had on a number of occasions complained of vandalism of their campaign materials, a move they said largely played into the split of the region’s votes.

Immediate Kisii former governor and former Woman Rep; James Ongwae and Janet Ongera led a host of leaders from Kisii and Nyamira for a meeting at Karen that lasted for about three hours.

Ongwae was Raila’s point man in the Gusii region while Ongera is the former ODM Executive Director aa nd key ally of Raila. She lost her seat in the August 9 polls to Doris Donya of Wiper.

In the meeting too was the Abagusii council of elders’ chairman John Matundura who drummed up support for Raila Odinga. Former Transport Chief Administrative secretary Chris Obure and unsuccessfully ran for the Kisii top seat on the Jubilee party also attended the meeting.

A source who attended the meeting told the Standard that some leaders openly told the president-elect that they could not campaign for him in the last general election because of the harassment and intimidation that was directed at them by the State.

“They confessed that they were willing to support Ruto but they feared arbitrary arrests that could jeopardise their campaigns. The president-elect acknowledged the support from the Gusii community and promised to have a number of leaders from the region join his government.”

Kenya National Congress party leader Manson Nyamwenya who also attended the meeting said they met the president-elect to congratulate him and wish him well as he begins his term in office.

“KNC will support the President-elect. We have agreed to work with him for the betterment of our people,” said Nyamweya.

Ongwae said they had a fruitful engagement with the president-elect. “As leaders, we must have the interest of our people first.  We are always ready to work with the Government of the day.  Time for politics is over, we told him that we are ready to work with him and support his government.”

Ongwae said the leaders who were in the meeting are those who have been leading the Abagusii community for some time and share a common agenda.

He said: “Kisii community has one of the largest diaspora populations and this is because of a number of factors, the land being one of them. This is a hardworking community that should have representation all over.”

The former Governor said; "Time to reflect that Government is not only for the majority but by the participation of the majority and in believing that democracy is based upon the conviction of extraordinary possibilities in ordinary people."

The meeting comes at a time when a number of leaders from the region are jostling for key Government opportunities under president-elect Ruto’s administration.

Those in Ruto’s camp have hinted at a possible award of cabinet position to Kisii UDA governorship candidate Ezekiel Machogu as well as a Chief Administrative Secretary post for the youth politician Essy Okenyuri who had been listed as a Senate nominee.

Others who are also hoping for top appointments include former Bonchari MP Eng Pavel Oimeke who was a close ally to the Deputy President during his tenure as the CEO Energy and Petroleum Regulatory Authority as well as immediate former West Mugirango MP Vincent Kemosi.

Kemosi who spoke to the Standard said some of the Kenya Kwanza leaders from the region lost their seats because of their support for the President-elect.

Here are the PMVA nominees 2022
Showbiz
By Fay Ngina
35 mins ago
Don't roll back progress in war against HIVAids
Editorial
By Editorial
57 mins ago
Premium How Kenya Kwanza is exposing itself to attacks by opposition
Opinion
By Gordon Opiyo
1 hr ago
Daughter says 82 year-old Pele rushed to hospital
Football
By Associated Press
1 hr ago
. 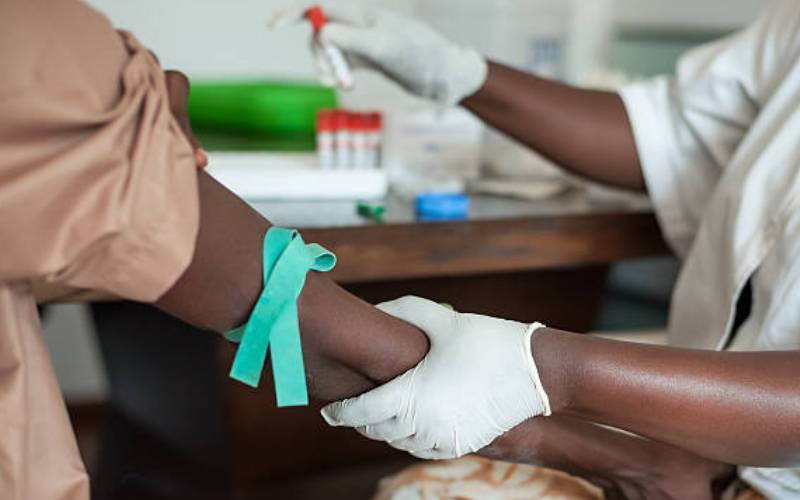