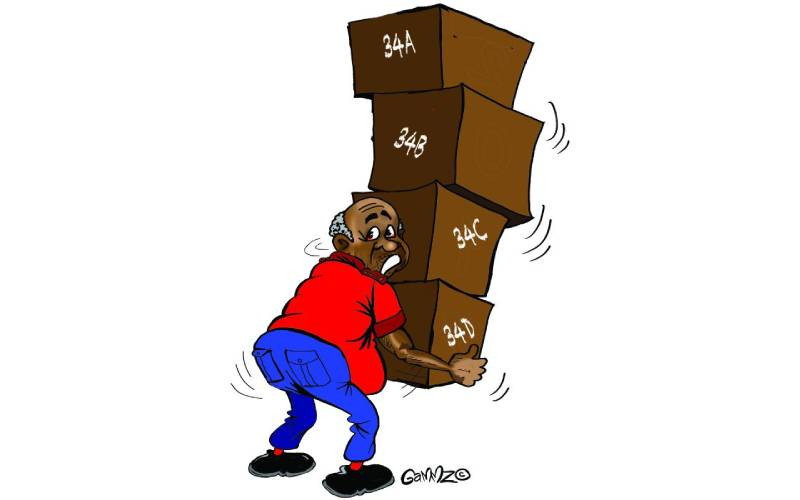 As is custom, the week after the winner of the election is announced is set aside for disputing results and dusting coats in readiness for court. Lawyers in my village have a distinct dressing code: a coat, wig (which means Sue is seen as a lawyer throughout the year), and carpenters’ paraphernalia so they can hammer their opponents and nail their points.

Harold sometimes tries to be a judge, and we call him Injustice Harold, and so wears his cassock and Clarissa’s wig. But in this case, he was the plaintiff having sued Sue, yours truly, and the entire Gitegi for not retaining him.

This has been the week for whistleblowers. They are coming out in their numbers to reveal horrifying things that happened around the election that might have influenced the outcome. One after the other, they call press conferences and accuse the electoral body of malpractices.

However, in this village, we try to convince everyone that we are a democracy. You see, in modern democracies, you might say things nobody listens to but because nobody prevented you from saying them, then you exercised your freedom.

Harold was saying that in the preparation for the election, Sue had started an apiary so that she could have more than the 34 bees the commission needed. Further, she had been seen conducting a ritual in which she gulped down spirits and attacked Harold, who was among drunkards in her pub.

She allegedly said she was putting up a spirited fight against him, both in the physical and spiritual realms.

“My lords and lordesses,” said Harold in a suit, the only one he has ever bought and which is now faded, “I have been unfairly targeted. My opponent tried to bribe, using alcohol, many people in the village, including myself.”

Kinuthia said Harold had met commissioners at night to convince them that runner-up meant the leading candidate, with the candidate who came in second called runner-down. He should, thus, have been announced as the winner.

Paul seconded Kinuthia and I nearly followed suit but realised I would be getting into Harold’s bad books. I have to play my cards more carefully than everyone else in the place because as the head of many interested organisations.

Meanwhile, Sue, the leader-elect, continued to hold diplomatic meetings with despotic leaders from other villagers, who she welcomed at her pub almost as if nothing was happening in the courts.

The case has been more of a shouting match than a hearing, with opposing parties hoping to win on the basis of their loudness.

While some of the lawyers have had to rely on English Aid to better their language and make sure they can be understood in court, others are now going for hearing aids.