By Benjamin Imende | 5mos ago

Politicians who have been riding on Raila Odinga’s name could find themselves in the cold following Azimio’s defeat in the elections.

Pundits say due to the ODM leader’s age, he might not have the stamina to hold on to his strongholds and this will leave some of his allies vulnerable.

International Centre for Policy and Conflict (ICPC) Executive Director Ndung’u Wainaina opined that Raila will leave behind many political orphans who have been using his name to influence national issues.

“Raila’s loss, unless the Supreme Court overturns the outcome of the polls, means that there is a new chapter in Kenyan politics, where many new leaders can now emerge,” Mr Wainaina said.

And it is not just politicians who may be consigned to oblivion.

Pundits cite Cabinet secretaries Peter Munya (Agriculture), Mutahi Kagwe (Health), Fred Matiang’i (Interior) and Eugene Wamalwa (Defence) as some of the leaders who are likely to stay in the cold.

Political analysts believe that Ruto will not retain any of the current Cabinet secretaries.

“Uhuru wanted Raila to retain some of these CSs, and he said it in public, but we all agree that Ruto will not appoint them since they have been frustrating him in his quest for the presidency,” Wainaina said.

“Uhuru has tainted Raila’s image. And if Raila loses the petition, it means that the polls are cutting off independent families, which will help the country grow,” he said.

Communist Party of Kenya vice chairman Booker Ngesa said the politicians will have to fight for their space.

“People have used Raila’s brand to eat. It will be more painful for the international community than for Kenyans because the former prime minister represents wider interests,” Mr Ngesa said.

He said Raila’s exit would create room for new young leaders to take the country forward.

“Raila’s exit gives an alternative voice. Raila’s roots are too deep and it takes all the water and sunshine for any politician that is developing to come up,” he said.

“I am happy that other leaders can now pick up the mantle from Raila,” he added.

The Communist Party of Kenya vice chairman noted that Raila is a brand that people “eat” from.

“People will not correct Raila because they are benefiting by getting nomination slots or they want some business somewhere,” he said.

Raila’s colleague in the struggle for multiparty Reverend Timothy Njoya said they had achieved so much for the country.

“I believe we achieved more with Raila and I encourage him to do what he wants under the Constitution. We enjoy a new good Constitution and respect for human rights,” Rev Njoya said.  “I know age is not on his side, but I believe he has a right like every other Kenyan. I might be older than him by four years but with what his body has gone through, he looks much older than me,” he said.

Njoya believes Raila will boycott a runoff in the event the Supreme Court nullifies the elections.

“I have known Raila for years and I can predict his next step. He will tell Kenyans that he can’t contest in an election presided over by Independent Electoral and Boundaries Chairman Wafula Chebukati,” he said.

Wainaina noted that the ODM leader has always crushed new leaders in areas he believes are his strongholds to have a strong grip on the country.

“Most people around Raila will become political orphans since they have built careers around him. As a result, he is being held hostage by these people,” Wainaina said.

He backed the widespread belief that President Uhuru Kenyatta supported Raila to be able to influence matters even after he leaves office.

The analysts blamed some of the former prime minister’s allies for the poll defeat.

“Statements such as the one by Oburu (Oginga) that ‘we have the deep state’ made many people not vote. Raila has to go home so that we can intensify political mobilisation. Many of Raila’s allies will go home with him,” said the Communist Party of Kenya vice chairman. 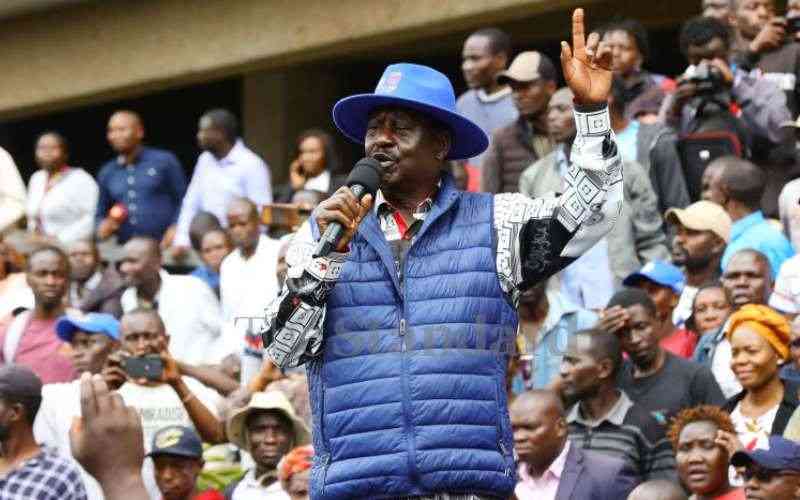 Raila: We have evidence to prove graft cartels bungled elections
National
By Brian Otieno and Mike Kihaki
5 months ago 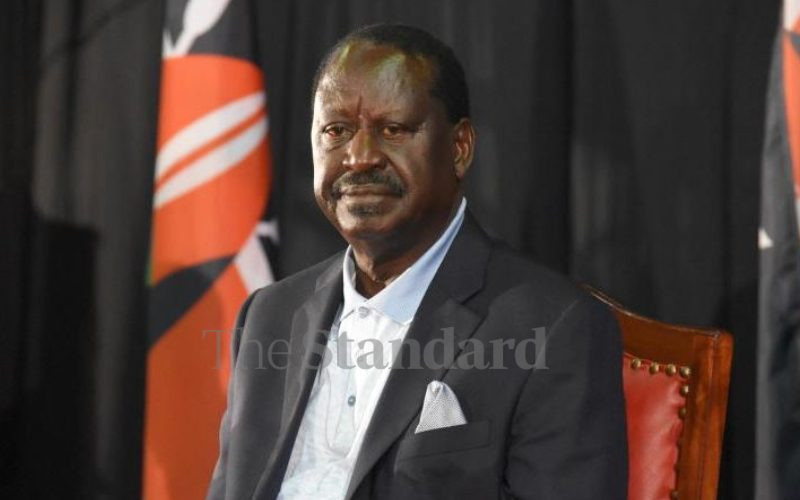 By Peter Kimani 6 hrs ago
Premium Raila of old returns to Kamukunji, and he's singing a not-so-new song of redemption