There is indeed opaqueness at the Independent Electoral and Boundaries Commission (IEBC).

The claims and counterclaims between those bestowed the noble task of fairly refereeing our elections are most shocking.

After conducting an exercise that was hailed as the most transparent in post-independence Kenya, it emerged at the tail end that the IEBC commissioners were deeply divided and working at cross-purposes.

A group of commissioners opened a can of worms on Monday, accusing their chairperson Wafula Chebukati of opaqueness and of sidelining them. They disowned the results which they termed a "mathematical absurdity".

However, one of their key allegations - that the presidential votes had been bloated by over 140,000 votes - was promptly debunked by math-savvy citizens who pointed out that the 0.01 per cent the commissioners talked about could only have increased the count by a mere 1,400 votes.

The next day, Mr Chebukati issued a rebuttal. He accused the four commissioners of trying to force a tie between the two leading contenders so that we could have a second round of presidential elections.

Both sides have made serious allegations, which if true, could reveal deliberate attempts to subvert the will of the people. And not only that, forcing a re-run could cost our cash-strapped country to spend billions of shillings more on a needless election. Further, their allegations have the potential of sending us down a slippery slope.

For these reasons their allegations should not be ignored; they must not be swept under the carpet. Each and every commissioner needs to be put under the microscope to establish whose interests they are serving; whether they are for the public or partisan political interests.

If indeed they are found to have intended to tinker with the elections, they must be punished in accordance with the law. They must not go scot-free. 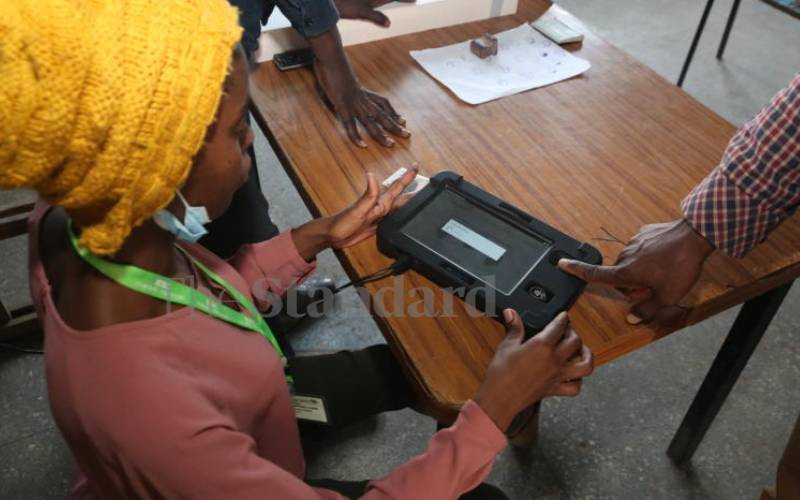 What should be done to restore lost glory in IEBC
Progressive boards should embrace these roles as part of their risk oversight role.
Opinion
By Austen Baraza
20 days ago
.