By Allan Mungai and Josphat Thiongo | 1mo ago

Nakuru County is on the verge of making political history in the August election.

Tabitha Karanja, CEO of Keroche, who has fought battles with government agencies over taxes, was also on her way to becoming Nakuru Senator on her first attempt in politics. She had 158,007 votes, while her nearest rival, former Infrastructure Cabinet Administrative Secretary Lawrence Karanja, had 66,200 votes from the five constituencies. The county has a total of 11 constituencies.

Njoki, who contested on a Jubilee Party ticket, got 34,308 votes against Ngunjiri’s 26,809 votes. Wangari, through the UDA ticket, retained her seat after garnering 35,363 votes followed by former MP Mathenge Nderitu (Jubilee) with 19,764, Stephen Gatimu (IND) 5,357 and independent candidate William Wachara with 428.

Wangari described her victory as a major milestone for area residents and women who voted to give her a second term.

“I’ve broken the curse, and Githunguri will be led by a woman for the first time. Due to the difficulties I encountered during the campaigns, this was no small feat,” Wamuchomba said after being declared the winner.

According to the results, the county is the only one in the region that has elected more women. Only Kisumu joined Homa Bay in giving women a chance by supporting Buyu in all other Nyanza counties.

Former Karachuonyo MP Phoebe Muga Asiyo is known for having produced one of the toughest female political players in the county. Kisumu is also known for producing the country’s first female MP, Grace Onyango.

In the past, Asiyo easily defeated male opponents, including the former powerful Kanu National Chairman, David Okiki Amayo, who held the seat for two terms and was regarded as an unshakeable political titan. And it is the example set by the trailblazers that the four female MPs who defied male domination to win seats appear to be following after the IEBC declared them winners of the Tuesday elections.

Hundreds of Buyu supporters praised her for her outstanding performance. In 2013, she failed to unseat Olago despite enjoying the benefits of running on an ODM ticket in the region while Olago ran on a Ford Kenya ticket.

Buyu was declared the elected MP with 39,615 votes, followed by Olago with 19,045 votes. There were five other competitors in the race. “This is a bit emotional for me because I have put my foot forward for the last 15 years to try to get an opportunity to serve in the constituency,” she said.

Gogo, who also made a successful political debut in 2017, faced stiff competition from former MP George Oner to keep her seat. 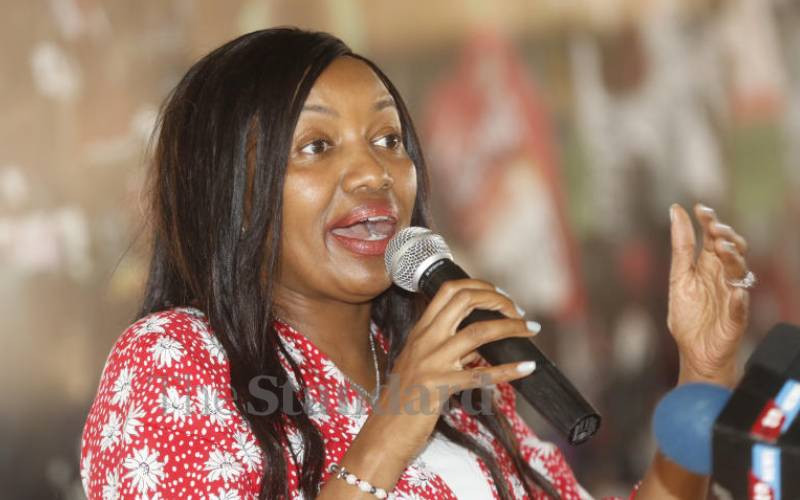 Women making positive strides towards equality at highest levels
Grace Onyango was Kenya's first female mayor after independence, one of the country's first female councilors, and the first woman to be elected to the House of Representatives.
Opinion
By Lucy Kombe and Nancy Barasa
29 days ago
.