By Odero Charles | 4mos ago

Few Kenyans will recall the 10-day Falklands War between Argentina and the United Kingdom in 1982 pitting two British-dependent territories in the South Atlantic.

The two nations clashed in an undeclared war that ended with the humiliation of Argentina, which had laid claim to the Falkland Islands and its dependent territories South Georgia and the South Sandwich Islands.

So what does that have to do with the killer Nithi River bridge? Well, everything, according to a Briton who was involved in the construction of the Thuci-Nkubu road in the early 1980s.

Ernest William Twell, who was one of the top engineers for Kier International, which built the Thuci-Nkubu section of the Embu-Meru highway financed by a British grant, recalled in an interview how the sudden war between the two countries had thrust the project into uncharted territory.

Since the project had been a grant, Britain was influencing everything from tendering to how much was being pumped into the project.

One day, according to Twell, all senior officials in grant projects were called and shown a letter requiring them to downscale budgets due to the impending war.

Thuci-Nkubu road project, which Queen Elizabeth II had bequeathed to residents of a hinterland, which produced her “favourite coffee and tea,” had to be cut back by several kilometres.

With its vertiginous bends, twists, turns, rises and descents, this road was an engineering marvel and one of the first in Kenya to have spacious climbing lanes.

The queen herself would have opened the highway during her last visit to Kenya in 1983, but instead sent her husband, the Duke of Edinburgh Prince Philip, who cut a ribbon at a monument near Thuci river just after Kathangeri market, the last stop in Embu heading to Meru.

“Originally, the road was to pass through old Mitheru market, looping on a gentle ascent to Marima and Chogoria town, then meander along the tea farms through Igoji and Kanyakine markets, and connect to the existing highway at Nkubu township,” Twell, who died in 2012, recalled in an interview two years to his death.

Under the cutback plan, the company had to knock out more than 10km from the previous route, skipping Mitheru, Igoji and Kanyakine. It ended up with a direct but steep decline at Mitheru towards Marima.

The death toll from road accidents at the killer bridge in Tharaka Nithi is now in hundreds, and most have been in three bus crashes over three decades. Yet, as you exit Marima and Mitheru markets on the opposite ridges of Nithi, prominent road signs warn you of the black spot below.

Two white containers branded St John’s Ambulance, and which were installed to act as first aid centres, are on the road reserve just beyond the warning signs.

It is a picturesque descent and then ascent across a valley in a former coffee growing zone, but that which sends chills down those who know the story of the valley of death.

The first accident that put Nithi bridge on the road map of national accident black spots was in 1995, when a matatu plunged into the river 40 feet down the bridge, killing 16 people, 12 of which were members of one family.

In 1998, another accident would halt Stage Coach Kenya Bus venture into the route when a company bus carrying more than 100 passengers plunged into the river, killing 56 on the spot. The following year another bus collided with a matatu killing another 16 passengers.

In August 2000 another 45 people were killed when a Tawfiq Bus headed to Mombasa plunged into the Nithi river. Up to 27 passengers were taken to Chogoria Mission Hospital. With a capacity of 65, that bus had been carrying more than 80 passengers at the time of the accident.

It was after this accident that the government launched a reconstruction of the descent from Marima, which has a climbing lane starting about 20m from the bridge.

The redesign involved construction of a central embankment separating vehicles climbing down from Meru to Nairobi, and those on the climb up towards Meru.

The effect is that vehicles on the descent from Marima have to endure without overtaking until they get to the bridge. This is what has reduced accidents - at least the intensity, but the frequency is still alarming.

According to data from Kenya Red Cross Society, 43 people had lost their lives at the black spot between June 2020 to May 2021, with up to 71 other casualties. It is only that these were minor accidents.

Former Kenya Red Cross Mt Kenya Region manager and CEO Mr Careplus Gitonga Mugambi said in a May 2021 interview that most of the accidents there were due to speeding and carelessness by drivers.

Some engineers have suggested complete removal of the bridge and construction of massive box culverts to reduce the gradient of the road across the river. 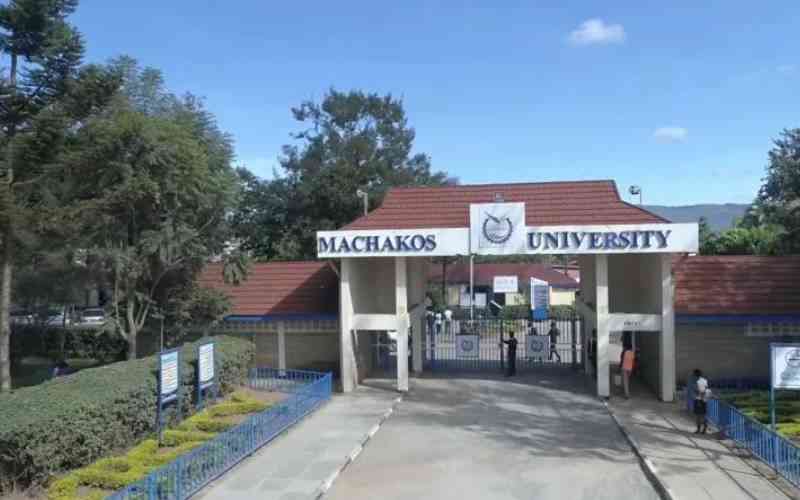