'Country Queen' and fight against demons, past and present

By Maarufu Mohamed | 4mos ago 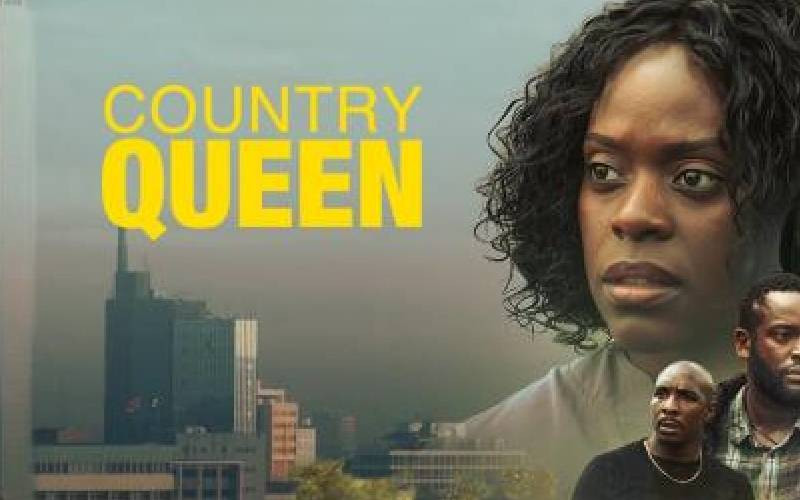 If you are an avid social media user then you have seen, heard, or read about the new Kenyan series Country Queen that has been causing a buzz, and you had better believe the hype.

Being among the few Kenyan films to be launched on Netflix, of course, it was a big deal, especially for Kenyans and the Kenyan film industry.

The six-episode drama series directed by Victor Mbaya is set in a small village called Tsilanga, officially known as Silanga, which is under 'attack' by an invasive mining company.

The storyline is well-written, unpredictable, and full of twists that will keep you glued to your screen throughout the whole series, without forgetting the captivating cinematography.

The film tackles pertinent social, economic, and political issues that affect Kenya and Africa as a whole, such as child labour, corruption, greed, and capitalism.

There is no denying that the film's best and most important aspect was the casting. The peak of it all was watching fresh faces blend in with the old, to fervently bring their robust characters to life.

Melissa Kiplagat does a good job at bringing out the character of Akisa, the main protagonist in the film, who finds herself intertwined in the two worlds of being a city girl and a country queen, all the while battling her past demons.

Nini Wacera, on the other hand, plays the biggest antagonist in the film, and she will make it worth your while as she gives her character much personality.

And let’s not forget the late Olwenya Maina in his last act. His vigour and love for the arts will be sorely missed.

This might just be one of the few films that are likely to put Kenya on the global map.

However, there are a few scenes that don't quite add up, the kind of scenes you hope will make sense as you follow the film through but it doesn’t just get there.

Do you think you should watch this drama series? Absolutely!