Use the law to lock out political aspirants with shady pasts

By Asande Felix Makori | 2mos ago 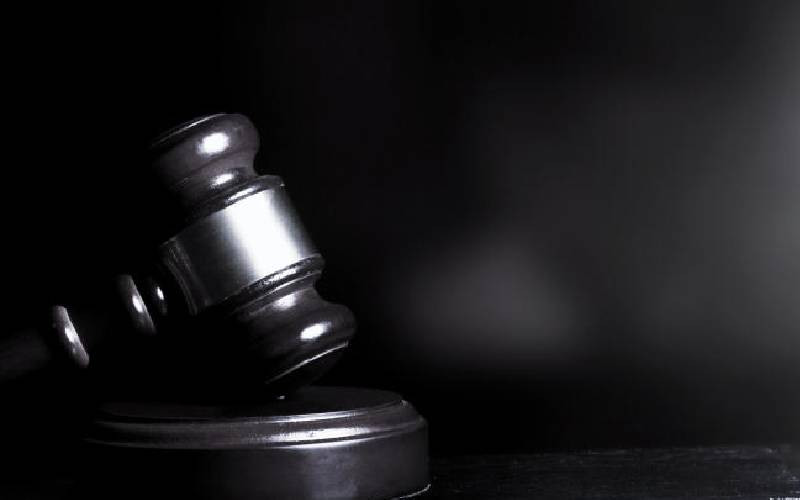 Three weeks to the general election, events keep on unfolding. There are fissures between the electoral agency, Commission of University Education and other independent bodies. Some candidates were cleared to contest, notwithstanding their candidatures are being contested in court over academic qualifications or criminal cases.

Avoiding the obvious, the nation continues to wait, and is losing patience. Giving a clean sheet to the political class by institutions expected to protect our national integrity has become the norm. Unfortunately, there are candidates who have been cleared without presenting their academic qualifications, and some who have criminal records.

Even though there has been hue and cry that those who break the law should not make the law, attempts to ensure that have failed. Who will bell the cat? These criminal elements are part of the legislature. They won't make changes in the law to their inconvenience. That leaves the Judiciary. It has done its bit, but is falling short.

The courts have time and again appealed to lawmakers to rise to the occasion and bring out necessary amendments so that involvement of persons with criminal antecedents in polity is prohibited. All these appeals have fallen on deaf ears. Political parties have, as well, refused to wake up from deep slumber.

Therefore, new and existing laws can be used to strengthen the democratic setup. Though there might be certain gaps in law which can be addressed by the legislature if backed by proper intent, there is need for strong resolve and will to ameliorate the situation.

It is the responsibility of all concerned to enforce the law as well as the directions laid down by different bodies from time to time in order to foster and nurture an informed citizenry for, ultimately, it is the citizenry that decides the fate and course of politics in a nation.

If the people who are elected are proficient and of integrity, they should make the best, even of an imperfect Constitution. The nation awaits such legislation for the society has a legitimate expectation to be governed by proper constitutional governance. The country feels tormented whenever money and muscle power become the supreme power. Considerable efforts have to be undertaken to cleanse the polluted stream of politics by prohibiting people with criminal backgrounds.

Dr Makori, is a Lecturer, the University of Embu School of Law