Court drama as Sonko in spirited battle to overturn impeachment

The Supreme Court was treated to drama as former Nairobi Governor Mike Sonko urged it to overturn his impeachment.

His lawyers treated the court to a back and forth while seeking an adjournment. It took Justice Isaac Lenaola to intervene for Sonko’s lawyers Wilfred Nyamu and John Khaminwa to argue the case.

At the same time, Governor Ann Kananu’s lawyer Joseph Kiarie was ordered to pay a fine of Sh25,000 for contempt of court after he appeared while not robed.

During the virtual session, Kiarie addressed judges while his camera was off. Kiarie will go into the history books as the first lawyer to be denied audience and barred by Kenya’s highest court in the land from appearing before it until he purges the contempt. Judges found that he had treated the court casually.

On the other hand, lawyers for the Senate, Nairobi County Assembly, and Independent Electoral and Boundaries Commission (IEBC) told the Supreme Court to find that the appeal was filed for Sonko to seek clearance to vie for Mombasa Governor’s position.

Initially, Nyamu and Khaminwa asked the seven-judge bench composed of Chief Justice Martha Koome, her deputy Philomena Mwilu and Justices Mohamed Ibrahim, Smokin Wanjala, Njoki Ndung’u, Isaac Lenaola and William Ouko to adjourn citing lateness in filing court papers and unpreparedness. Nyamu told the court that he had not prepared as some of the documents filed by the opponents were filed as early as Thursday. At the same time, he said he had gotten to Nairobi at 11 o’clock from Mombasa.

Nyamu argued his client’s appeal was not any special to have the highest court in the land to fast-track it.

“This case does not warrant midnight oil as envisaged,” he argued adding that he feared that he would not give his client justice if the court would not give him time to prepare adequately. Dr Khaminwa, on the other hand, told the court he had no clue of what was before the court and he too needed time to read the pleadings. At the same time, they asked the Chief Justice to withdraw from the case, arguing that she had commented on it.

“My client is uncomfortable with the Hon Chief Justice participating in this matter as he believes that the CJ has taken a position on the same based on a statement relating to the appellant. This statement was aired in public and for that matter, justice must be seen to be done. The appellant is concerned,” argued Nyamu.

The AG, IEBC, and the county urged the court to dismiss the applications. IEBC lawyer Edwin Mukele told the court that the commission is in a dilemma owing to the judgment by a Mombasa court requiring it to have Sonko on the ballot for the Mombasa contest. AG’s lawyer Paul Nyamodi accused Sonko’s lawyers of trying to delay the case. He stated that Nyamu had initially indicated that he was to withdraw from the case.

“The application for recusal is a time-wasting gimmick by the petitioner with his advocates. In the letter on 13th, Mr Nyamu indicated he would cease acting for his client. That application has not been made. It is blatantly clear that the petitioner is not concerned about prosecuting this matter. It is an application to buy time. What I have discerned lack of preparedness,” argued Nyamodi.

The court declined to adjourn. Following an order to proceed, Nyamu told the judges that he was not able to tell what time he would spend to prosecute his case. Khaminwa asserted that he was not prepared at all.

“I know absolutely nothing about the matter,” said Dr Khamiwa. Justice Koome gave the two 30 minutes and when the court reconvened, Nyamu asked her to allow parties to appear in person before the court.

Justice Koome stuck to her guns that the case would be heard virtually. It is then Nyamu asked for 1.30 minutes. “I have not looked at these things,” said Nyamu while Khaminwa told the court he had no copies of submissions. The CJ allowed the two 40 minutes. Justice Lenaola intervened and asked Nyamu to respect the Chief Justice. “We have reduced time for respondents, please listen and respect the CJ,” said Lenaola.

Nyamu and Khaminwa argued that he was not accorded a fair chance to rebut the allegations.

Nyamu faulted the High Court and the Court of Appeal for failing to find that Nairobi County and Senate did not follow the law to oust him from office. In their replies, Senate and Nairobi County argued there was evidence that he had violated the law.  The AG on the other hand urged the court to find that Sonko had filed the appeal for a collateral purpose. His lawyer Nyamodi argued that the appeal was meant to secure Sonko’s candidature.

Mukele urged the court to settle the issue fast enough in order to have a clear indicator whether Sonko will be included in the ballot or not. The court will hand its verdict on notice. 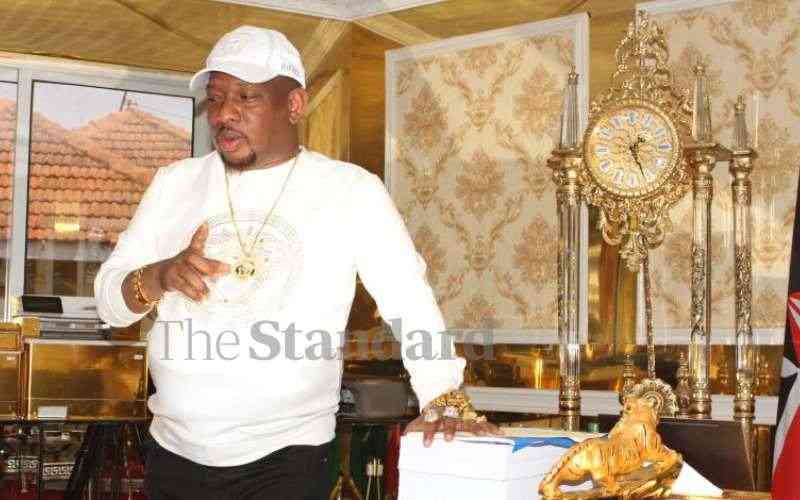 Premium Inside the deal that brought Mike Sonko back to the fold
Sonko moved between the courts and the electoral agency’s disputes tribunal before the decision was finally delivered yesterday, handing him a reprieve.
Politics
By Allan Mungai and Josphat Thiong’o
2 months ago
.