The High Court has quashed a requirement that independent presidential hopefuls present signatures from a specified number of supporters before they are cleared to vie.

The order by Justice Anthony Mrima did not direct Independent Electoral and Boundaries Commission (IEBC) to include the names of the independent candidates on the ballot. It only declared sections of the elections act as unconstitutional.

It however means that any independent candidate can petition IEBC to have their name included in the ballot as an aspirant for any position.

Justice Mrima said it was unfair for the Wafula Chekubati-led commission to require the candidates to hunt for signatures and accompany them with the IDs while those who are vying after being nominated by their parties were not required to do the same.

The judge said the differential treatment was against equality and the right for all to vie or seek an elective post.

According to the judge, IEBC already has data on all persons who have registered as voters. He said it can use the same data to ascertain if a person has the required threshold of support.

“The differential treatment accorded to the independent candidates is not justified but infringes Article 37 of the Constitution,” said Justice Mrima. "From the foregoing, there is no doubt that once a person is registered as a voter, the IEBC retains the details of the voter, including the identification number of the voter or Kenyan passport. Such details are sufficient for ascertaining support."

At the same time, the judge faulted IEBC for failing to give details of why it required the copies of IDs and how it was to use and dispose the documents.

According to the judge, IEBC was in breach of the Data Protection Act as aspirants are not authorised by law to collect data.

“In this matter, whereas the commission is seeking personal data, it was incumbent for the IEBC to explain the use of its data, the period it was to keep the data from independent candidates, and the manner it would be disposed of thereafter," he said. "The manner in which the commission asked for the personal data was in violation of the Data Protection Act."

He declared three sections of the IEBC regulations that required independent candidates to submit signatures and copies of their supporters' IDs to be unconstitutional and quashed them.

In the case, Ekuru Aukot had challenged the IEBC requirement on presidential hopefuls. IEBC locked out Dr Aukot for, among other reasons, failing to have adequate signatures.

Yesterday, Dr Aukot demanded the resignation of Chebukati for allegedly failing to interpret the law correctly and unconstitutionally barring him and other candidates from contesting the presidency. He also said the clearance of William Ruto, Raila Odinga, George Wajackoyah and Waihiga Mwaure was unconstitutional.

"We call for the resignation of Wafula Chebukati and the nullification of the presidential nomination of the four candidates," Aukot said in a statement. "The IEBC Act prescribes the qualifications of the chairman to be equivalent to those of a Supreme Court judge."

In court, Aukot said the collection of the identity cards is impartial and an extremely expensive affair. 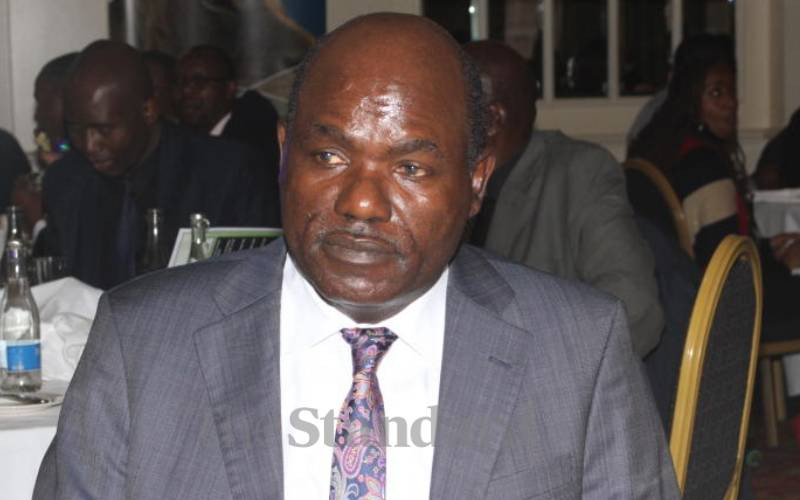 IEBC defends ID rule for aspirants clearance ahead of elections
High Court Judge Anthony Mrima declared that IEBC was in breach of the data protection law in requiring the submission of the identification documents.
National
By Judah Ben-Hur
1 month ago
.

IEBC to announce presidential election winner at 3pm
National
By Mate Tongola
27 mins ago
Interested in the rabbit business? You do not need a lot of money
Livestock
By Dr Paul Kang’ethe
1 hr ago
Reasons why you can't keep a man
Relationships
By Esther Muchene
1 hr ago
Ten Hag discovering the mess he has inherited at Man United
Football
By Associated Press
1 hr ago
.