By SportPesa | 3mos ago

Nobody knew much about Gordon Paul Ogada before he became a multi-millionaire in February of 2018, now his name is spoken in numerous circles.

Ogada holds the record for winning the biggest football jackpot in Kenya after he won KSHs 230,615,594 in the SportPesa Mega Jackpot.

The 33-year old put his predictions for the 17 games in the pot and little did he know that slip was about to change his life forever.

"I remember putting that slip like it was yesterday and I always say that this was God's gift to me and I am forever grateful.

"SportPesa has changed my life and because of that win, I can give my kids the life I would only wish for when I was growing up," Ogada stated.

In an interview with SportPesa Blog during the official opening of his new home in Migori County, he went on to give an insight into his life before the millions.

Born in 1987, Ogada grew up in Nyatike which is in Migori County with dreams of becoming a teacher one day, but he was orphaned at a very young age.

"Many challenges in my life from a young age made my dream of becoming a teacher seem impossible and unfortunately I was forced to give up on it," he stated.

He then went to St. Michael's Nyandema Secondary School where he completed his high school education, before setting off into the real world.

Despite persuasion from his uncle to further his education, Ogada was forced to go into casual labour as he sought ways to make a living.

"I could not afford to pay for college so I had to go into some casual jobs here and there trying to find a way out.

"Fortunately enough by the time I was 20, I landed a job at the Kenya Medical Research Institute," he explained.

Ogada got his first contract in 2010 and was working as a Field Community Interviewer, which entailed collecting data from residents of Kibera slums. 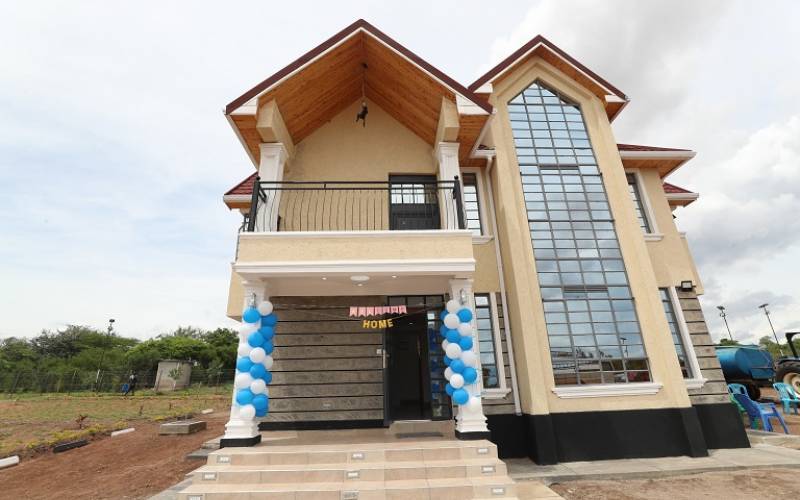 Two years later, due to his diligence and hard-working nature, Ogada was promoted to be the Field Team Leader, a post he maintained until 2015.

It was at this time that his efforts continued to be noticed and he was in turn promoted once more to become the Field Supervisor.

"I remember in January 2018 I was selected to attend a KEMRI training in Kisumu and after it concluded I had no money to stay anywhere that night.

"One of my bosses offered me a place to stay and the next day I received a really disturbing letter from the HR department," he recalled.

The letter was a suspension letter from the organization due to some allegations brought forth by another employee, meaning a rough patch was on the horizon for Ogada.

"I did not have a salary to look forward to anymore and I was really devastated because I didn't know how I would provide for my wife and kids.

"Due to the fact that I was already a gamer, I decided to play the Mega Jackpot that weekend with the hope of a life-changing win," he explained.

After his usual analysis, with true confidence, Ogada placed his Mega Jackpot slip and continued to join his friend Jeffrey Masiongo for a night out on the town.

Jeff understood the situation that Ogada was in and offered to take him out to get his mind off all that was happening, telling him not to focus on placing his slip.

The following day, he woke up and checked the status of the slip and to his bewilderment, he had correctly predicted 13 out of the 17 games that had been played.

The remaining one was a postponed game and he immediately called his friend to alert him of the progress of his dream of winning Kenya's biggest football jackpot.

"I continued to monitor the games that Sunday and the first two games played at 7 and 8pm respectively were both exactly how I predicted.

"The game played at 11pm was Monaco vs Lyon and in the opening minutes, the home team was given a red card which dented my spirits a bit.

Lyon went into the break with a commanding 2-0 lead courtesy of goals but at this point, Ogada already had 15 games assured in the slip.

Just with the unpredictable nature of the beautiful game, Monaco pulled off a mighty comeback to win the game 3-2 to send the local pub into delirium.

"The celebrations that went on were out of this world. Even the policemen from the area had to come and see what the commotion was about," he laughed as he recalled the incident.

The following day, Ogada received a call from SportPesa informing him that he was needed as they held a public draw to determine the outcome of the postponed match.

He went accompanied by his friend Jeff and his family to the draw and the stars had already aligned for him as his prediction popped up on the machine, guaranteeing that he had indeed won the SportPesa Mega Jackpot.

"My life changed that morning and I always say that God blessed me because I had not done what I was accused of, which led to my suspension from work.

"God saw my tears and chose to lift me out of that place and provide a way for my family and me to make a better life for ourselves," a grateful Ogada stated.

Ogada is a family man, he met his wife Agnes Nasirumbi in Kibera in 2008 and they were blessed with twins after a year of being together.

His first twins Ramsey and his brother Ryan were the couple's first blessing before they added three-year-old Aiden to the family.

"After God, there is nothing more important to me than my family and I will always strive to be the best version of myself for them," Ogada said.

When asked if the money changed him, Ogada explained that people should not let money change them and he is a prime example of this fact.

He had separately won KSHs 100,000 and even as much as KSHs 200,000 from placing multibets on SportPesa and attributes this to his knowledgeable way of spending money.

"Money is money, it just depends on how you use it and that is why I never let it change me.

"There were things I had to do like buying my dream car which was a V8 and I bought a separate one for my wife as well. Aside from that, I have gotten into my new passion which is real estate," he continued.

Aside from his new home in Nyatike, Ogada bought a home in Kitengela and is currently working on housing projects in Ngong as he continues to expand his empire.

"I have flats in Nairobi and these projects are long-term, for years to come my family will have plenty to live on and all this is for them.

Many people began rumours of Ogada going broke soon after winning the Mega Jackpot but he remains unfazed as he continues to better himself and the people around him.

Ogada has put children from the Nyatike area through high school, clothed the elderly and is in the process of digging a borehole to provide water for the entire community.

"I decided to get off the spotlight and just do my things in silence. Every one who assumes that I have finished the money, should simply just call me and interview me so I can tell them what I am up to.

"I will always do the best that I can to help people around me and this is why I chose to provide for the people from my home," he concluded.

There has only been one Mega Jackpot winner after him and it was Cosmas Korir from Bomet who pocketed KSHs 208,733,619 later on the same year.

The handsome pot now sits at a whopping KSHs 203,615,594 and you too could be the next millionaire simply by clicking here and placing a slip for only KSHs 99.

Premium Creatives cravings in the new government
Features
By Angela Ndambuki
11 mins ago
Amazon testing TikTok-style feed on its app, AI firm says
Sci & Tech
By AP
26 mins ago
Chelsea investigates incident of alleged racist abuse
Football
By Associated Press
48 mins ago
She is cheating, and hubby is in the dark
BLOGS
By Vivian Namayi
1 hr ago
. 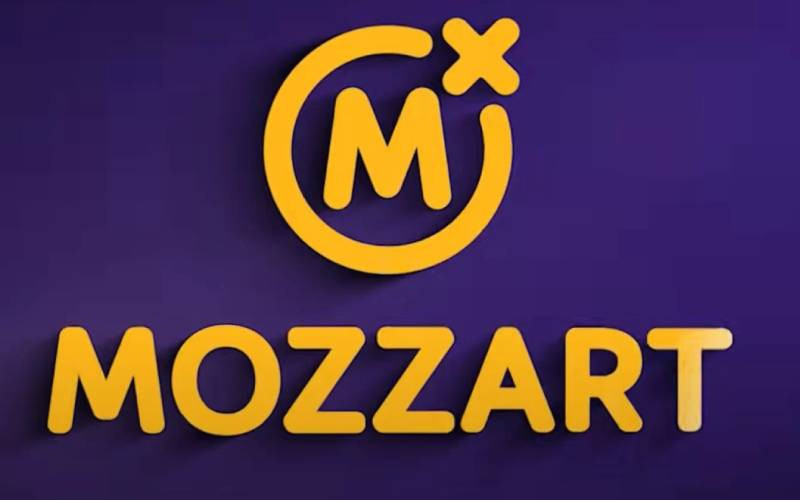 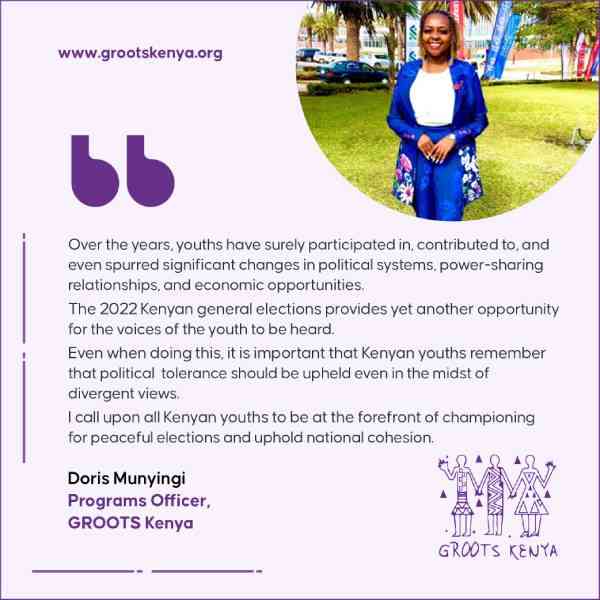 By Groots Kenya 7 days ago
Call to action: Use of gender data and statistics to deliver more inclusive 3rd generation CIDPs 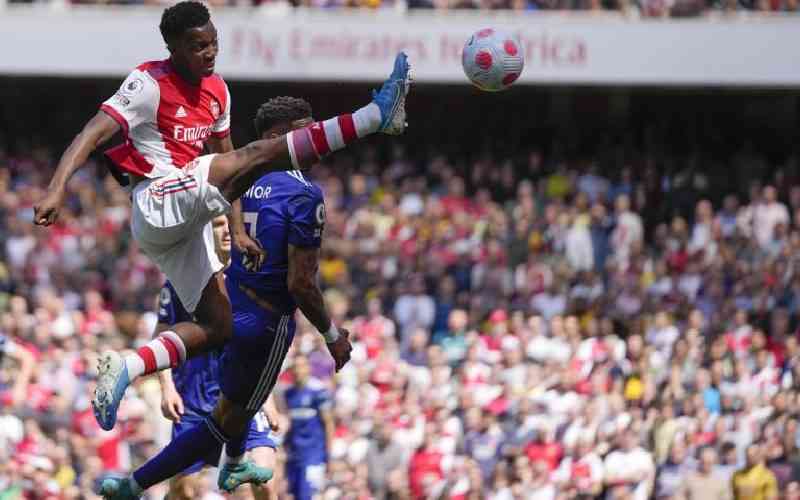 By Mozzart Bet 15 days ago
The EPL is back, bigger and better