By Kamau Muthoni | 8mos ago 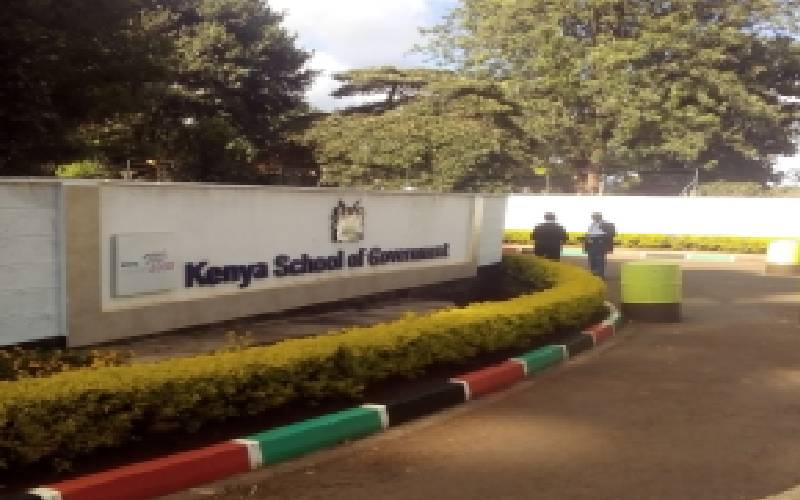 The Environment and Lands Court revoked title deeds of three properties in Lower Kabete, Nairobi, after finding they were illegally allocated to a private developer.

The properties belong to the Kenya School of Government but had illegally been transferred to one Julie Nyawira Mathenge.

Former land commissioners James Raymond Njenga and Wilson Gachanja allocated the properties to Nyawira in 1982 and 1997, the court heard.

“The plaintiff held invalid titles that were acquired irregularly in violation of the law. It is my finding that the plaintiff, having acquired the suit properties through an illegal process, has no valid titles,” ruled Justice Okong’o.

The judge found there was evidence Njenga and Gachanja acted in breach of the trust that was bestowed upon them as commissioners.

Nyawira had sued the Kenya School of Government (KSG), the chief land registrar, the Attorney General, and the Ethics and Anti-corruption Commission (EACC).

On the other hand, EACC sued her in one case alongside Gachanja. At the same time, the commission filed a second case against Nyawira and Njenga even as the battle for the properties raged.

In her case before Justice Okong’o, Nyawira claimed she was allocated the contested land on June 19, 1981, and was issued a title a year later. She said she wanted to put up a petrol station, shops, offices, and flats on the land.

At the time of allocation, Nyawira said, the then commissioner of lands informed her that the property belonged to KSG but had surrendered it for commercial development.

The court heard that Nyawira never built a petrol station as she was allegedly advised that the property was too narrow and that heavy vehicles delivering fuel would find it difficult to turn.

Nyawira said she then applied for two more plots and was allocated some government houses she said were to be demolished by the Ministry of Roads and Public Works.

The two houses were not demolished.

The woman told the court that sometimes time in 2005, some of the structures were partially destroyed by fire. Following the fire, KSG started reconstruction but she ordered the institution to leave.

KSG said the two properties she was claiming belonged to it. At the same time, plans to fence the first plot were equally thwarted by the institution.

According to her, an official search indicated that the AG had registered caveats on the contested properties on December 23, 1998, on account that they were government properties.

KSG opposed the case. The institution told Justice Okong’o that the government, in 1961, allocated the properties to it.

It denied surrendering them for commercial use. The court heard that Gachanja allocated two properties despite protests by KSG.

At the same time, it argued that all through, KSG was leasing the properties and buildings to tenants who used them to benefit the community.

The school asserted that the titles granted to Nyawira were illegal.

Meanwhile, EACC linked the allocation of the properties to Gachanja and Njenga. According to the commission, Gachanja allocated Nyawira two of the contested properties on or about July 30, 1997.

EACC also told the court that Njenga, who was then a lands commissioner, illegally allocated Nyawira the first property on September 28, 1982.

In his reply, Njenga admitted that he was a commissioner but said he had no recollection of a parcel of land he allocated.

He denied that any parcel of land was illegally alienated during his tenure.